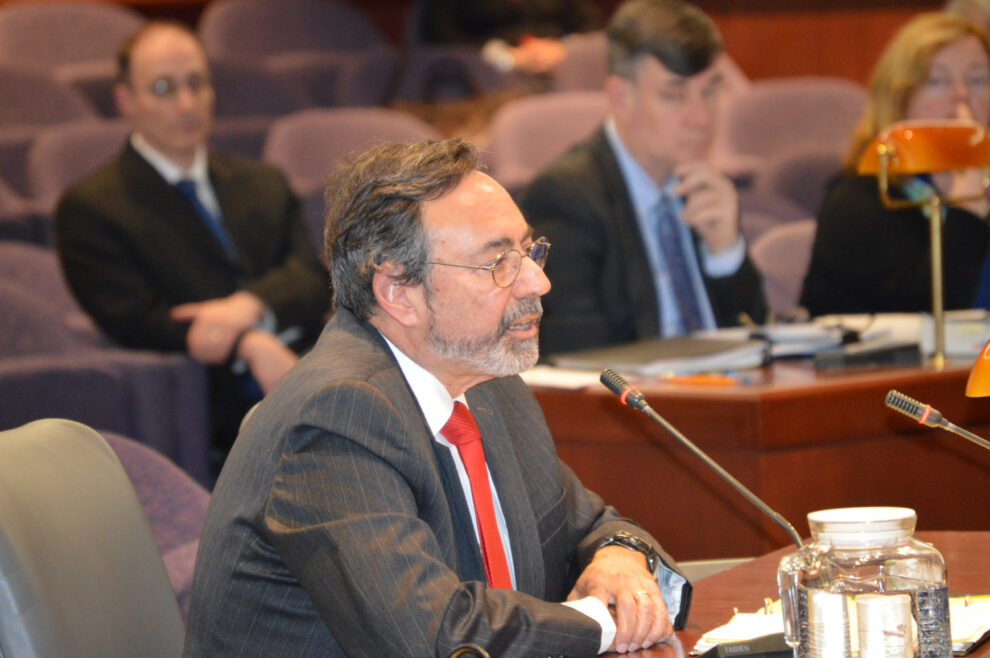 On Weds., October 20, 2021, trial was scheduled in the divorce and custody dispute between former TV writer Chris Ambrose and his wife Karen Riordan.  Connecticut Superior Court Judge Gerald I. Adelman was presiding.

It was trial by teleconference, and Karen was expected to take the stand for the fifth day of the, so far, 28-day trial, a trial that has not run consecutively but periodically, which started in March, and is far from concluding, a most happy thought for Ambrose’s lawyer and the guardian ad litem, attorney Jocelyn Hurwitz of Cohen and Wolf, who gets to bill $400 per hour for each and every hour of the trial.

But Karen did not show up on Wednesday. The reason, her attorney, Nickola Cunha explained to the judge, was that Ambrose, who had seized control of more than a million dollars of Karen’s marital and personal assets, was in violation of the court’s order to make monthly payments to her – out of her own money.

Ambrose declined to make her payment for October. She did not have the resources to appear since her phone was shut off for nonpayment and she is penniless.

Judge Adelman was not in good spirits. He angrily told Cunha she could have driven over to Karen’s house and picked her up that she might appear with Cunha by video conference. Judge Adelman chose not to address Ambrose’s violation of the court’s order regarding paying Karen from her own money, which he quite frankly took without her permission.

Instead the judge canceled court for the day and in a sense cancelled the trial indefinitely and issued an order which, in fairness, was essentially composed for him by Ambrose’s attorney, Nancy Aldrich.

Judge Adelman was quite comfortable canceling the trial, at least for the time being, since Karen is not permitted to have any contact with her children. Ambrose has total control of both the children and Karen’s money. That is, he has as much control over the children, ages 14, 14 and 11, that any parent whose children dislike, distrust and resent for having taken their mother out of their lives, can expect to have.

He needs the court to enforce his desires, for left to their own devices the children would flee him and return to their mother at once.

Even taking away their cell phones, land lines, computers and keeping them isolated in a rural home, as Ambrose has done, cannot wipe out the memory of their mother.

It should also be mentioned that Karen raised the children for all of their lives, usually alone, until 18 months ago when the court ordered exclusive custody to Ambrose. During most of the children’s lives, Ambrose was off working 2500 miles away in Los Angeles, until he lost his employment as a TV writer for a rather foolish act of plagiarism.

Then he came home, stealthily took control of Karen’s money, and all the joint marital assets then filed for divorce.

This is part #9 of the Ambrose Papers, a story of how the Connecticut Family Court of Judge Adelman and Judge Jane Grossman have controlled the lives of three children and permitted a very crafty Ambrose to not only take the mother’s money, but also her children.

Judge Adelman concluded the court activities on Wednesday by issuing an order, which some may think stretch the boundaries of the power of a Connecticut family court judge to supersede the US Constitution.  Much of the order seems a reaction to growing media interest in the Ambrose story, a story which paints on a curious canvas a mother, who has no criminal record and no diagnosis of mental illness, without any contact with her children, despite a clear record of the children wanting to live with her, and despite allegations that the father has sexually and emotionally abused his children for years.

In fact the entire body of evidence used to deny the mother contact with her children was a single report by the custody evaluator, paid for by the father, Ambrose, and the relentless pushing of the guardian ad litem, attorney Hurwitz, of the law firm of Cohen and Wolf. Hurwtiz  has billed more than $180,000 as guardian ad litem for the children. Her bill is paid by the father.

Frank Report has written eight stories to date on this case which reeks of injustice and judicial bias, if not corruption.

We have at least 45 stories to go to try to fully tell this story of conspiracy, child abuse, alleged pedophilia, and federal racketeering.

On the day prior to the trial, on October 19, 2021, Ambrose filed a motion for contempt against his wife for what he alleged were violations of court orders. The judge characterized these as “incredible acts of defiance of the court orders” including “her violating her no contact order regarding the children” and “allegedly caused distress to mental health professionals treating the children through third parties.”

It is true, by the way, Karen did make contact with at least one of her children. Mia, the eldest. Desperate to see her mother and unhappy with her father’s abuse, she ran away from home and came to her mother’s house, the place she thinks of as home.

Police came and returned the child to the father. A video in Frank Report’s possession shows the unhappy child being forced by rude police officers, who seemed to be rabidly doing the wealthy father’s bidding.  It was peculiar since the police who came to get Mia were from the father’s town, Madison, CT and came out of their jurisdiction when they arrived at the mother’s house in Killingsworth.

In any event, Judge Adelmen, in addition to continuing the no contact order for the mother with her own children, ordered that Karen:

Some of this is lamentable indeed. For instance, since the children have been removed from their mother’s loving care, the number of paid professionals – paid by the father – have increased.

Much of the order seems to be in response to posts on Frank Report, a video made by investigative journalist Wayne Dolcefino, and numerous stories on a website called FamilyCourtCircus.com.

In essence Judge Adelman seeks to gag Karen Riordan. He may lack the force of law to prevent the media from contacting any one they see fit to expose this story, even if they have spoken with Karen.

After Judge Adelman issued his order, Dolcefino issued a response, which Frank Report is pleased to publish in full:

Connecticut family court Judge Gerard Adelman should go back and read the Constitution–particularly the part where it talks about freedom of the press.

In an already shocking custody battle involving Karen Riordan and Chris Ambrose, the judge now says she can’t harass so-called family experts—the same ones that have ripped her own kids away from her for nearly two years.

On October 20, Judge Adelman slapped down an order that even prohibits members of the media from coming within a mile of the home of Karen’s ex-husband Chris—who has sole custody of their three adopted children–and from harassing their family experts, among other restrictions.

Who defines harassment your honor? Does asking questions about the case get you there, because the order smacks of retaliation for Riordan speaking out to Dolcefino Consulting during our ongoing investigation of family injustice.

The protected “experts” include attorney ad litem Jocelyn Hurwitz, who has raked almost $200,000 in legal fees despite visiting the Ambrose children less than half a dozen times in two years, based on her own billing. No surprise, it’s Chris who is lining Hurwitz’s pockets.

Also under protection from our apparent “harassment” is psychologist Dr. Jessica Bein-Caverly, who claims Karen has a significant personality disorder that impacts her ability to co-parent. But Judge Adelman disregarded the reports of two other psychiatrists who said Caverly’s report was misguided, dangerous and could be considered malpractice, and that the kids may be in imminent danger.

Judge Adelman’s order comes just weeks after Houston-based investigative media consulting firm Dolcefmo Consulting released its bombshell video exposing this stunning case of family injustice. The order appears to punish Karen for our investigation even though Riordan had nothing to do with why we are investigating family injustice in Connecticut. She has a right to speak out.

“It will be a cold day in hell before I let this clearly biased Connecticut judge dictate our first amendment right to expose a family injustice,” said Wayne Dolcefino, President of Dolcefino Consulting. ‘All he is doing is protecting this family court swamp. Mr. Ambrose has a right to keep us off his property, but once he leaves he is fair game. So are you Judge. Come and get us, your Honor.” 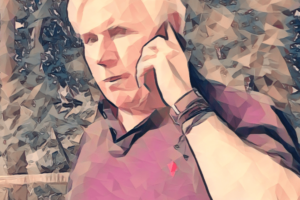 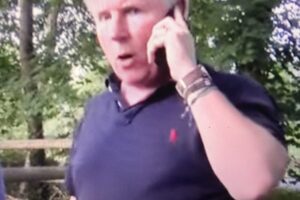 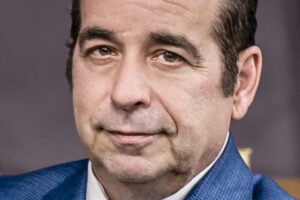