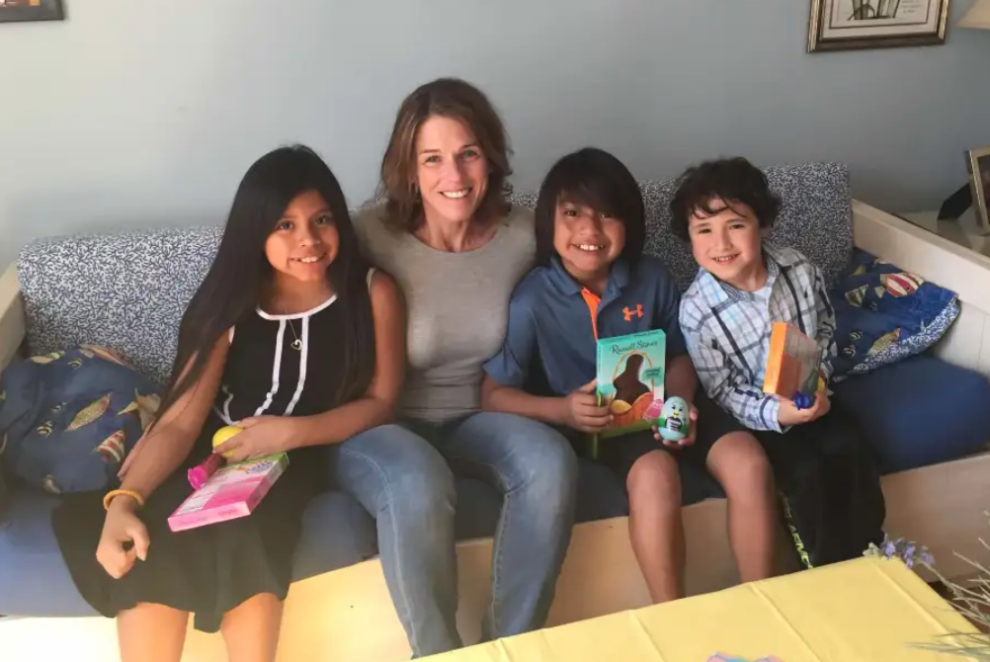 Edward Kim is Editor in Chief of Equities.com. He has over 30 years of experience in capital markets, corporate advisory, public policy and online media. Edward co-authored a series of studies on stock market structure that were presented to Congress and that informed The Jumpstart Our Business Startups (JOBS) Act, the law enacted in 2012 to facilitate capital formation for emerging growth companies. He graduated from the Massachusetts Institute of Technology with a BS in Materials Science and Engineering. Mr. Kim is also shocked at what Connecticut Family Court has done to the children of Karen Riordan.

I’ve been following Frank Parlato’s well-researched series on the horrible treatment of Karen Riordan and, most tragically, of her children by the Connecticut Family Court system and the Connecticut Department of Children and Families.

I reached out to Frank to congratulate him for his journalism and to encourage him to keep pursuing justice and the truth. I volunteered to contribute a personal account that will hopefully complement Frank’s reporting.

I have known Karen for 40 years, since we were teenagers. The way she has been characterized by Chris Ambrose and his enablers is shocking for its venom, its untruthfulness and its apparently complete acceptance by the court system.

Karen was a special education teacher for over 16 years in Connecticut and is the mother of three children, Mia (14 years old), Matthew (14) and Sawyer (11), whom she and Chris adopted. Each of the children has special needs, and Karen has been ideally suited to care for them.

She has largely raised the children on her own, with little to no help from Chris, who was living in California working as a tv series screenwriter — a job he apparently lost amid a cloud of plagiarism charges.

Chris returning to Connecticut did nothing for the relationship, which was a “MINO” anyway (marriage in name only). Karen had effectively been a single mother from the moment they adopted the children, and it became obvious to her that her future with the kids was going to be better without Chris as part of it.

Chris made it clear to Karen that any attempt to divorce him and take the children would be met with fierce resistance. Once Karen moved out with the children, Chris followed up on his threats by conceiving a web of lies, perhaps drawing upon his experience as a television screenwriter, and was able to somehow convince a Connecticut court that Karen should have no contact with her children.

None of these accusations are true — Every single one is a lie — But the judge in the case, Judge Jane Grossman, unilaterally stripped Karen of her legal custody of her children based on a single false affidavit from Chris Ambrose.

What kind of justice is that? What kind of court system enables this kind of miscarriage to occur?

Grossman granted Chris temporary custody of the children without any due process, without any evidence of wrongdoing or harm on Karen’s part, based on an affidavit that Chris submitted — not exactly a neutral party.

The children each stated that they wished to stay with Karen, they don’t want to live with Chris and they don’t feel safe with Chris, who was a virtual stranger to them after being away for most of their lives.

The past year and a half have been a nightmare for Karen as she has fought fruitlessly to get her children back.

What has been most striking to me about her ordeal is that the welfare and desires of her children have been completely ignored by the institutions that are in place to protect them.

There is a Guardian ad Litem (GAL) assigned by the Connecticut Family Court who has been attached to this case from the beginning named Jocelyn Hurwitz.

According to the Connecticut Judicial Branch:  “The court appoints a GAL to ensure the child’s best interests are represented during the course of the parties’ dispute.”

By this simplest of definitions, Hurwitz has been a complete failure. She has not looked out for the children’s best interests. In fact, the children’s interests have been ignored throughout this entire process. They have each unequivocally stated that they want to live with Karen and that they are mistreated and even abused by Chris.

If Hurwitz has looked out for anyone’s interests, it has been Chris who has benefited the most from her involvement in this case.

Moreover, the Department of Children and Families (DCF), whose sole mission is to “keep children and youth safe,” has done nothing to intervene despite Sawyer, the 11-year-old boy, accusing Chris of touching his penis multiple times over the course of several months.

I was a participant on a phone call involving Karen, her attorney, at least two psychiatrists who were familiar with the case and several members of DCF, including Stacey Falk and Jamie Isaacs. I was on the call along with several other friends of Karen, who were invited to be on the call as support.

On this call, the charges of abuse by Chris were brought up and dismissed by the DCF team, who said that it wasn’t abuse because the touching had taken place “over the clothes.”

I had kept my silence on the call up to this point. I shouted, “What would it take? Would what it take for it be considered abuse?”

No one answered me.

I was dumbfounded. Here was the DCF, who is supposed to be protecting children, simply brushing away a credible charge of abuse based on some ridiculous definition. The psychiatrists on the call also expressed their astonishment.

Ask yourself: if your spouse was touching your son’s penis through his clothes, what would you call it?

Karen’s children have been mistreated and abused, and Karen has been portrayed completely inaccurately.

At the very least, the children should be removed immediately from Chris’s house and placed with a third party. Karen wants her children back, of course, but her primary concern is their safety and well being.

The devotion with which Karen has been a mother to these children is a topic of much discussion among our mutual friends. Karen met the challenge of doing this largely as a single parent, and the children have thrived under her nurturing care.

The past year and a half have been a nightmare for the children, and it’s impossible to estimate the long-term damage that’s already been done to them since they were taken away from their mother.

The only way that further harm can be averted is if the children are no longer in the custody of Chris Ambrose.

Thank you, Frank, for the opportunity to contribute my thoughts to your reports.