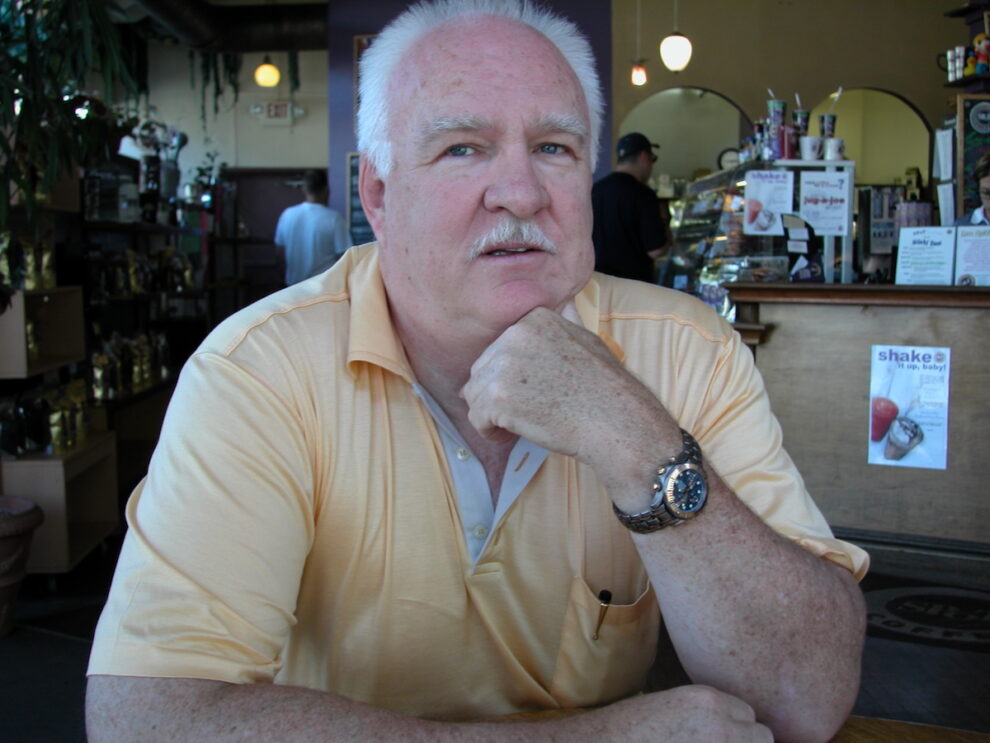 Buffalo, a bright light has gone out. Richard Taylor has left us. The Austin building, the massive red-brick factory on the 190 heading out of downtown, is a reminder to everyone driving past of his booming energy and his faith in this town.

That factory produces the world’s premier air cleaner—a device that has saved and improved countless lives and protected countless more through the pandemic. But Rick Taylor did not start his working life as a manufacturer, he first made his name in rock and roll.

Originally from Canada, Richard founded the Rock Pile in Toronto in 1968. One of the leading rock music venues in North America, it featured groups like The Who, The Grateful Dead, and Led Zeppelin—the greatest band of the era. Rick was in his early twenties in a freewheeling environment populated with creative artists and hard case thugs. Friends from that era remember Rick holding three telephone receivers together—a 1969 conference call—one line to London, one to New York and another to Los Angeles. All screaming at each other. Such was the rock and roll business. If he learned a lesson from those days in survival and success, it was stand tall, speak the simple truth and just get it done.

Then Joyce. Buffalo girl. Fashion retail executive more at home on the red-eye to LA than at an office desk. An imposing presence entering any board room. And Rick fell hard. There are many factors that determine a good marriage, but the simple capacity to laugh together must be the strongest bond. It might be the two of them on his motorcycle flying down the highway at impossible speeds. It might be their being unexpectedly welcomed to clap their hands with the choir in a Southern Baptist church. It could be anything, but they gave each other the gift of pure and simple enjoyment. And it never faded.

They started Austin Air together with a few borrowed dollars. Rick would knock together a few units in his home workshop, and they’d sell them on a folding aluminum table at fairs and shows. The air cleaners started taking off. By this time, Joyce’s roots here had introduced Rick to Buffalo. And when they moved here, Austin Air found its perfect launchpad for growth. It is the engineering skill from the city’s industrial heritage that helped Austin grow rapidly from strength to strength. It’s the plain-spoken, get-it-done attitude that matched Richard’s own entrepreneurial temperament. Rick had found his real home. Austin Air grew here on rich soil for young enterprises.

It may have taken a Canadian coming to Buffalo to not take the city for granted, but Richard saw the greatness of the downtown’s legacy where few others could. And when the AM&A department store building went looking for new owners, Richard jumped.  Taylor’s was born, a restaurant and premium retail store. Taylor’s closed a decade or two ahead of its time. But what fun it was.

What’s not well known is that Richard had been investing his personal capital in another Buffalo company, Austin Research Labs. This group has been developing an antimicrobial technology that promises to disrupt conventional medical practice with an alternative that is more effective, cheaper, and more humane. As a man who built his success on decisive action rather than smooth language, Rick never talked about the benefits that his companies delivered to the world. But his work will continue to save lives and relieve suffering. He was a man who had an unstoppable instinct to lift people up. He was continually approached for investment in start-up ideas. If he liked the people, he’d write a check, usually not even asking for financial projections. His accountants shook their heads, but he kept on making money. And giving to the next bright idea that needed funding. At the core of his inexhaustible energy was the spirit of generosity.

The qualities that made Richard Taylor stand so tall above the rest can’t be taught in business school. You had to be around him, to be energized by his enthusiasm. You had to be around him to be inspired by his vision. This is the great loss for our community. He would have hoped that his achievements would inspire a generation coming up behind him to see possibilities and just go and seize them with rock and roll energy and a sense of fun. Let his light shine.

Celebrate Black History Month in the Michigan St. Corridor
Rocking Horse Productions is looking for an Actor / Singer to fill out the cast of Forever Plaid