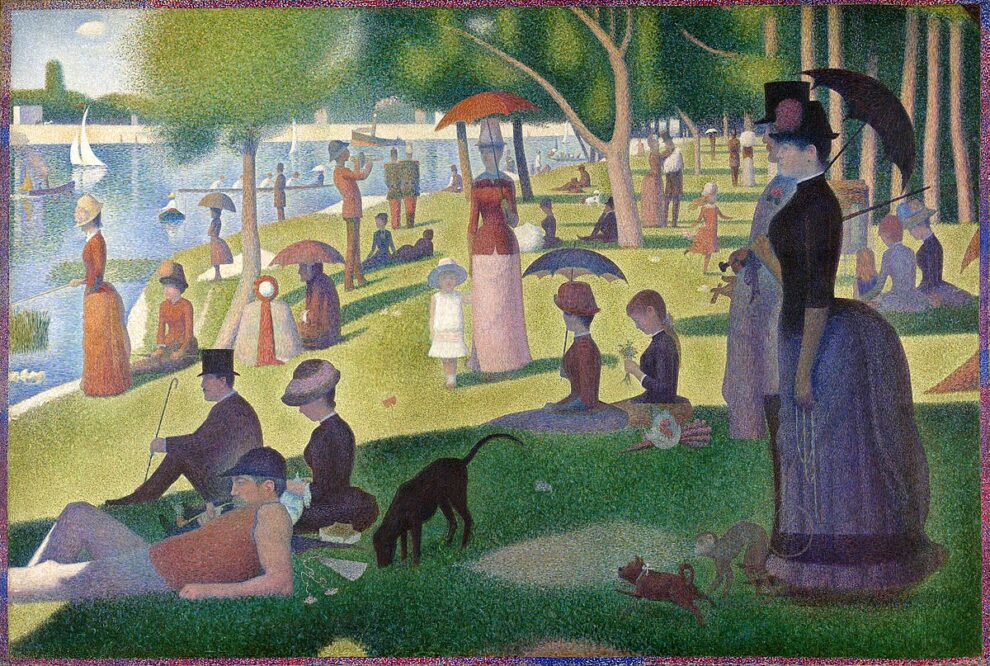 Art should be enjoyed by all, even the artworks by the most popular artists from around the world, past and present, not only in the confines of a museum. While most of us can’t afford to buy multi-million-dollar Vincent van Gogh or Claude Monet paintings, we sure do want them hanging in our homes. This shouldn’t be a reason one cannot keep a painting by a famous artist, and thankfully it’s not. There is a number of master artists whose work are reproduced in wall art.

Wall art is an integral part of interior décor. It has an effect on the mood and atmosphere of the living space, which then impacts the individual. We’ve picked out five master artists whose artworks will brighten up your home and add an element of beauty found in a museum.

Vincent van Gogh is one of the most well-known artists in the world who, over ten years, created over 2000 vibrant, striking and stunningly beautiful paintings, drawings, and sketches. His strikingly colourful paintings are adored today by millions of people. Van Gogh’s artworks were inspired by Japanese prints and the artworks of the French Impressionists. With the financial and emotional support of his brother Theo, van Gogh dedicated himself to painting from the age of twenty-seven. The Dutch-born artist was not revered during his lifetime as he is now.

Some of the more popular wall art today are paintings by Vincent van Gogh. Artworks like The Café Terrace (1888), Starry Night (1889), and Bedroom in Arles (1889) are a handful of his most recognised works yet. They’re vibrant and feel as contemporary as when they were painted over a hundred years ago. His floral paintings, like Sunflowers (1888), Irises (1889), and Still Life with Pink Roses (1890) pair perfectly beside each other in the dining room or living room.

When it comes to wall art Australia, there’s one name – Sidney Nolan. As one of Australia’s best artists, he painted Ned Kelly, one of Australia’s most memorable outlaws. In fact, he painted a series of artworks referring to Kelly and the Kelly gang, depicting the life and death of the notorious outlaw over a series of 27 paintings. Nolan took to painting like a bird takes to the sky. While he never had any training, he showed exemplary skill in the medium of art. His artworks based on the Australian outback put Nolan on the international map. Nolan painted other Australian figures such as Eliza Fraser and the explorers Burke and Wills.

The Japanese artist Katsushika Hokusai was deep into his seventies when he painted his most famous artwork, Great Wave off Kanagawa. The piece is part of a larger series of artwork based on and inspired by Mount Fuji. The art piece isn’t a traditional painting but a painting woodcut print. Hokusai’s artwork made a huge impact on European artists like van Gogh, Monet, and Manet, and continues to resonate with people today.

Intricately rich in colours, patterns, and emotion, take one look at Gustav Klimt’s work and you’ll understand why several households contain his work. Klimt was a symbolist painter from Austria. He depicted allegories throughout his artworks, although his critics usually took his artworks to be pornographic depictions due to the women Klimt painted. When the public labelled his 1900 artwork painted on the ceiling of the University of Vienna as pornography, Klimt went to reject public commissions and embarked on his most famous period of art.

The ‘Golden Period’ paintings continue to stun the public thanks to their intricate and unique beauty. The works from this period can be identified from the gold leafing decorating the canvas. Some of the best-known paintings from the period are Judith and the Head of Holofernes (1901), Portrait of Adele Bloch-Bauer (1907), and The Kiss (1908), his most recognised painting. We can see why his paintings are highly sought after not only by gallerists and curators but the average person who simply enjoys the beauty of his art.

The master of depicting nature and the key figure in the Impressionist movement was Claude Monet. The artwork that gave the Impressionists their name came from a stunning Monet painting, Impression, Sunrise (1872), which shows the beaming sun rising over a body of water. Monet is best known for his Water Lily series. The subject matter came from his garden in Giverny, where he spent his days sitting under the warmth of the sun and painting the manmade pond.

Monet painted outside, using the en plein air technique to capture the changing effect of light and colour. His technique involved the use of short brushstrokes and bold colours. His ability to capture nature in this unique way captured the interest of the populace. His paintings of nature, notably the Water Lily series, is the perfect addition to any interior in need of brightening up.

Known for creating lush and sensual images featuring beautiful women, Alphonse Mucha’s poster art has remained a favourite. While Mucha was part of Art Nouveau, a movement that swept through Europe in the late 19th century, he was dismissive of it. His poster art is filled with natural motifs and flowing lines, key elements of Art Nouveau. His work like Gismonda (1894) was commissioned by Sarah Bernhardt, a popular stage actress, for her new play of the same name. Then there is his Slav Epic (1910-1928), an artwork that depicts the history of the Slav people and their civilisation. Mucha, a proud Slav, wished to unite the Slavs through their shared history.

Despite the fact that his artworks were essentially created for advertising purposes for cigarette and alcohol companies, among others, Mucha elevated them thanks to his immense skill.