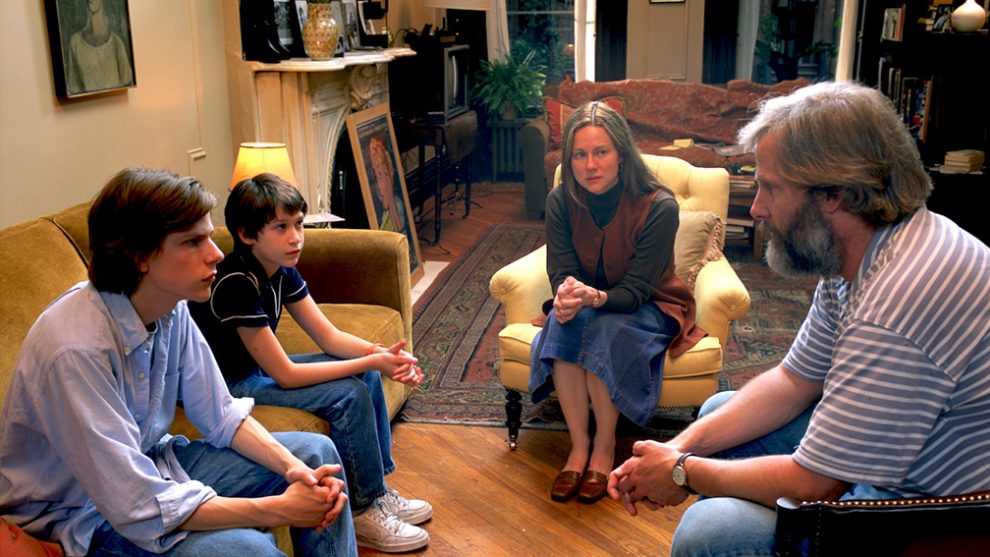 For many people, divorce is just as memorable as the wedding vows that preceded it. But it does not have to be a colossal tragedy. Sometimes, the end is just the disguised beginning of something new.

The leading American divorce paperwork drafting service OnlineDivorce.com, aimed at encouraging peaceful uncontested dissolution of marriage, offers a list of the five best movies to help you cope while dealing with the difficulties of divorce. And if you want to understand all the details of divorce and even write your own divorce settlement agreement you can do that online.

Two decades before Sex and the City, Paul Mazursky made a film about a woman and the opportunities in a metropolis. It all starts with divorce, pain, and depression, beyond which there is true liberation. Erika, played by the grounded, non-heroic Jill Clayburgh, has to reveal herself after many years of conventional monogamy, have sex for her pleasure at forty, and realize her boundaries of comfort and joy.

An Unmarried Woman is a film that is still relevant many years later. Like the best low-profile 70s films, it is made up of commonplaces that have not changed for decades, and it doesn’t neglect the importance of daily decisions.

There is a husband who falls in love with a department store sales consultant, well- and not so well-settled friends, and characters who, after seventeen years of marriage, seem to have arrived from another planet.

Erika finds herself confused. She stumbles and learns to understand her freedom as an opportunity to have sex and relationships following her own rules according to her life experience. Everything is so different from the experience of a young girl who graduated from college in the late 50s.

Difficult, emotional, and very addictive Jodaeiye Nader az Simin is an example of modern Iranian cinema where personal and political boundaries are extremely blurred. The conflict of the plot is built around the organization of society, where the family is carefully entered into the state agenda and cannot exist separately. The limited private choice has consequences for your immediate environment, can change your opinion, and affect the long-term future.

Simin dreams of leaving Iran with her teenage daughter and husband, but Nader wants to stay with his father, who has Alzheimer’s. There is no enmity or disrespect between spouses, and it is precisely the absence of hostility in their case that will be an obstacle to divorce. Careful to each other’s feelings, they continuously find the strength to side with the other.

Things get complicated when Nader hires a religious and poor nurse for his father, a pregnant young girl from the village who has a miscarriage. Divorce will be possible only if the husband and wife are finally moving in opposite directions.

A couple of years before Husbands and Wives, Woody Allen shot the little-known picture, Alice, about the empowerment of a trophy wife and her awareness of her place in life. In Husbands and Wives, he recalls Bergman’s lessons from Scenes from a Marriage and tells the story of the separation of people who have been together for many years and know each other’s most vulnerable points. There are only four actors in the film – two married couples, one of whom is the real husband and wife, Woody Allen and Mia Farrow.

At a joint dinner, best friends inform them of the divorce, while looking calm and confident. Why do people part at maturity? What makes them comfortable with this decision? While discussing this issue, the other couple practically locks themselves at home. Crisis in the relationship has not surfaced for years and now appears in all its ugliness. The hard, psychologically accurate film with flawless script became the final point in the scandalous divorce of Allen and Farrow and, like any autobiographical work, disarms the audience with courage and the bold pronouncement of one’s own mistakes.

Simple thought – even the brightest minds and intellectuals with an impeccable reputation can be confused and do terrible things when something hurts their feelings. The Squid and the Whale is Noah Baumbach’s autobiographical film, which earned him the status of a promising director. The son of Brooklyn intellectuals, literary critics, and influential figures of the New York bohemia recalls his parents’ divorce, hiding nothing from the camera: not cheating, manipulation, or the widespread practice of the parents using their kids as avenues for revenge.

The eldest son takes the father’s side, while the younger – the side of his mother. Both parents try to save face, but even dozens of novels read and written dissertations do not keep them from stupid acts and wounded pride.

Anyone who has gone through a parental divorce will probably be moved by the scene in the Museum of Natural History at the beginning of the film with them playing tennis two-on-two.

It is the last and most significant leading role of James Gandolfini as a charming but awkward man with an excellent appetite and a simple attitude towards life. At a party, he meets Eva. They have some things in common – their immediacy, grown-up daughters, the habit of living alone and for their pleasure, and one more aspect unknown to both of them until later. It turns out that Albert is the ex-husband of confident, charismatic, and witty Marianne, the new friend of the main character.

Trying to figure out what pitfalls there are in the relationship with Albert, Eva begins to ask about the details of their unsuccessful marriage. She looks at her new relationship through a person’s eyes for whom there remains a lousy history.

Enough Said is a critically acclaimed movie that explores several human traits: reliving the past, cynical view of a loved one, influencing the social environment on our choices, and bad experience, trying to ruin the present moment.