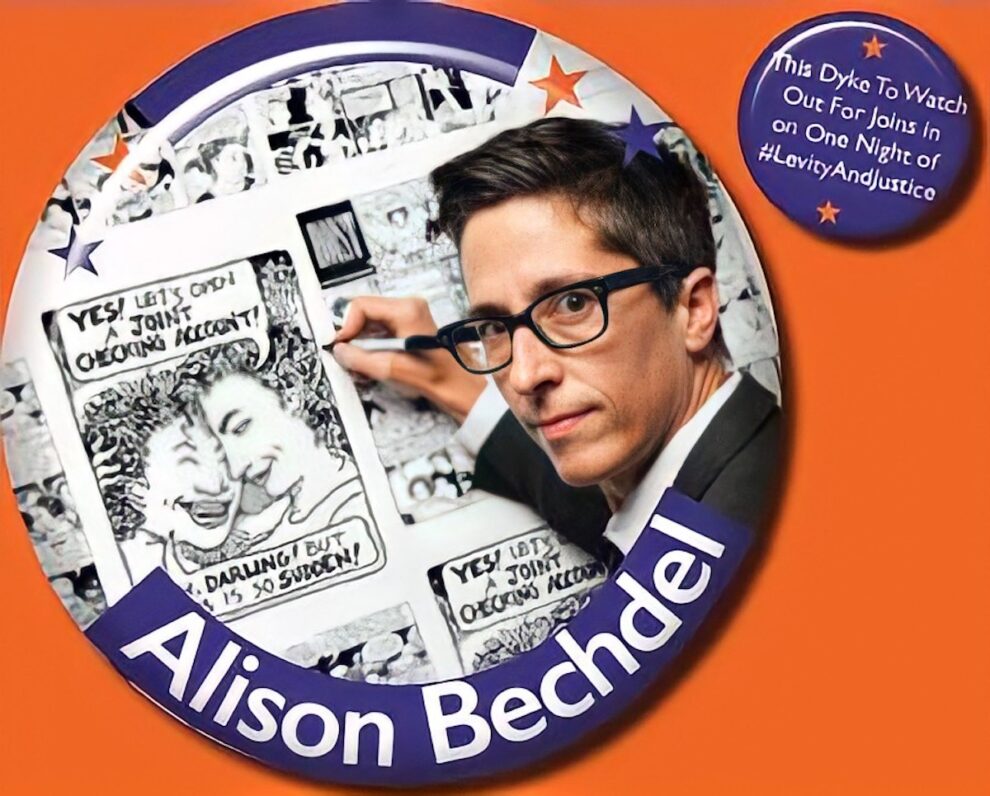 Alison Bechdel is an internationally beloved cartoonist whose darkly humorous graphic memoirs, astute writing and evocative drawing have forged an unlikely intimacy with a wide and disparate range of readers. For twenty-five years Alison self-syndicated Dykes to Watch Out For. The award-winning generational chronicle has been called “one of the pre-eminent oeuvres in the comics genre, period” by Ms. Magazine. From the strip was born the now-famous “Bechdel Test,” which measures gender bias in film.

Her first graphic novel Fun Home: A Family Tragicomic was named the Best Book of the Year by TIME, describing the tightly architected investigation into her closeted bisexual father’s suicide “a masterpiece about two people who live in the same house but different worlds, and their mysterious debts to each other.” Fun Home was a finalist for a National Book Critics Circle Award and was adapted into a Broadway musical that has won five Tony Awards, including “Best Musical.” Alison is also the author of Are You My Mother? A Comic Drama, which delves into her relationship with her mother, as well as the theories of the 20th century British psychoanalyst Donald Winnicott.

Alison was the recipient of a 2012 Guggenheim Fellowship, and in 2014 she received a MacArthur “Genius” Grant. In their citation the MacArthur Foundation noted that Alison “is changing our notions of the contemporary memoir and expanding the expressive potential of the graphic form.” In 2017, Alison was ushered in as Vermont’s third cartoonist laureate.