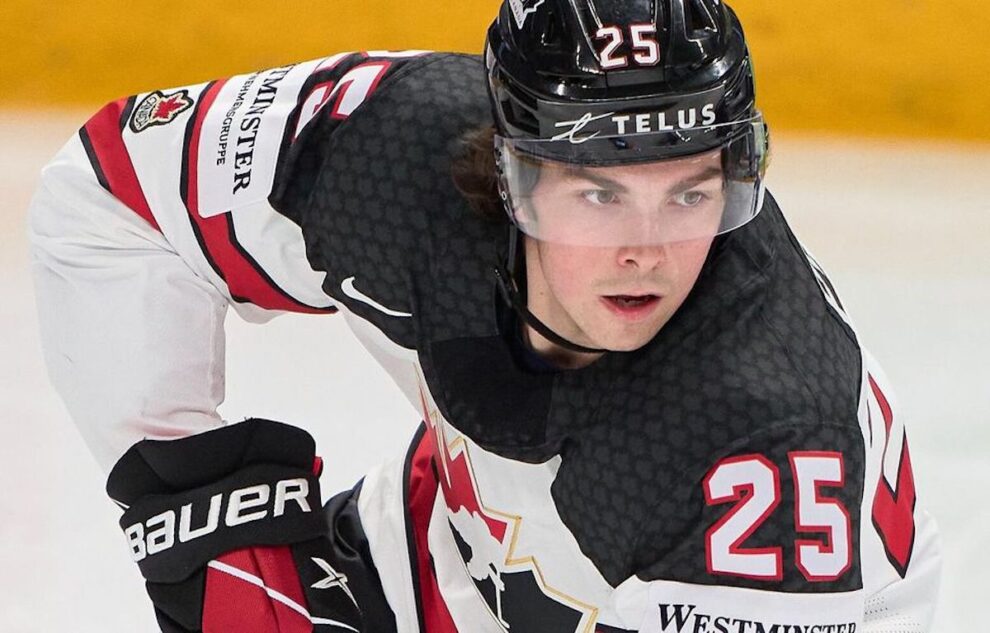 Sabres take command of rivalry with the Leafs

If one is looking for signs that this beleaguered Buffalo Sabres franchise has turned the corner and is heading forward to sunny days, look no farther than the game this past Tuesday at Scotiabank Arena in Toronto.

First round overall draft choice Owen Power made his much-heralded and anticipated debut, and his arrival had all the trappings of a celebrity appearance. The full-throated fans in Toronto had all eyes on their superstar, Auston Matthews, looking for his 100th point of the season and to join a very exclusive club of Leafs greats. The Sabres, are now officially out of the playoffs but on a high and looking for a strong finish and a serious run to relevance next year. The Leafs, heading again to the playoffs, yet wearing the world on their shoulders as they have endured nothing but playoff failure for much of this century.

Drama? Backstories? Plenty of it as the Sabres and Leafs went at it again. And when it was all over, it was Buffalo with the 5-2 win.

This was the third straight win for the Sabres over Toronto. The third five-goal game. The third win on Canadian soil (yeah the Heritage Classic in Hamilton was technically a Sabre “home” game. But…). For the Leafs, the expectations and demands for a deep run in the playoffs are white-hot. But this team is dogged with questionable goaltending, and even more so, a foreboding fear of failure and a destiny shaped by their recent history.

The Sabres, on the other hand, are a team on the upswing, and the confidence and energy in their clubhouse, their swagger, is something everyone can feel.

All eyes were on #25, Owen Power, who only joined the team this past weekend, and was activated and announced as a starter for this Tuesday. With a cadre of family and friends on hand, just a few kilometers from the neighborhood where he grew up, Power was on the ice when the opening puck dropped, fulfilling a childhood dream to one day play in the NHL. And squaring off against the team he grew up rooting for.

“I think I was calm but there are definitely going to be some nerves,” said Power, who logged almost 20 minutes of ice time and ended up defending Auston Mathews for much of the game. “It’s pretty cool. One of the players I’ve watched pretty much ever since he has been in the league” said Power of Mathews. Mathews was held scoreless for the game, and his 100th NHL point will have to wait for another day.

“He was great. I had no anxiety about him since I’ve watched him play so much. I just knew he’d get a feel for the pace right away,” said Coach Don Granato. “The game is less of a stress to him. He hops over the boards and picks up patterns.”

“It feels like he has been in this league for ten years already,” said teammate Alex Tuch of Power. “He fits right in this locker room he’s a really nice kid. He’ll be a superstar in this league.”

Granato downplayed any huge significance of the Sabres/Leafs rivalry, perhaps not yet fully understanding the history, the stories, and the backdrop of all that has happened between these two franchises, even in the 1960s before the Buffalo Sabres came into existence, with then Leafs owner Stafford Smythe throwing as many chairs in the way as he could to prevent Buffalo from joining the NHL.

“It’s great to win,” said Granato, “We’ve got to keep it in perspective. I’m not going to sit here and say we did anything against the Leafs. We’ve gotten bounces. I don’t know if we’ve done something masterful against the Leafs. It’s worked out.”

The bigger picture, and how it may affect the Buffalo Sabres starting next season, is this… When this franchise was last relevant, they held firm command of this strong and emotional rivalry with the Toronto Maple Leafs. There was even a time when the Leafs went many years without scoring a regulation win in Buffalo, always sending their legions of visiting fans back up the QEW disappointed.

In recent seasons, that pendulum has swung. During the Covid times and the border lockdowns the Sabres never even faced them as opponents.

But now…now.., this rivalry is back. Expect the packed houses at KeyBank Center when the Leafs come to town. Blue and white-clad Toronto fans fill our bars, hotels and restaurants, waving their silly tin foil Stanley Clubs and proclaiming themselves as the Center Of The Hockey Universe.  Talking heads on Hockey Night In Canada poo-pooing and dissing the Sabres.

Can we maybe get Buffalo’s Rob Ray and Toronto’s Tie Domi to sign one-day contracts and dress for their respective teams for one matchup next season?