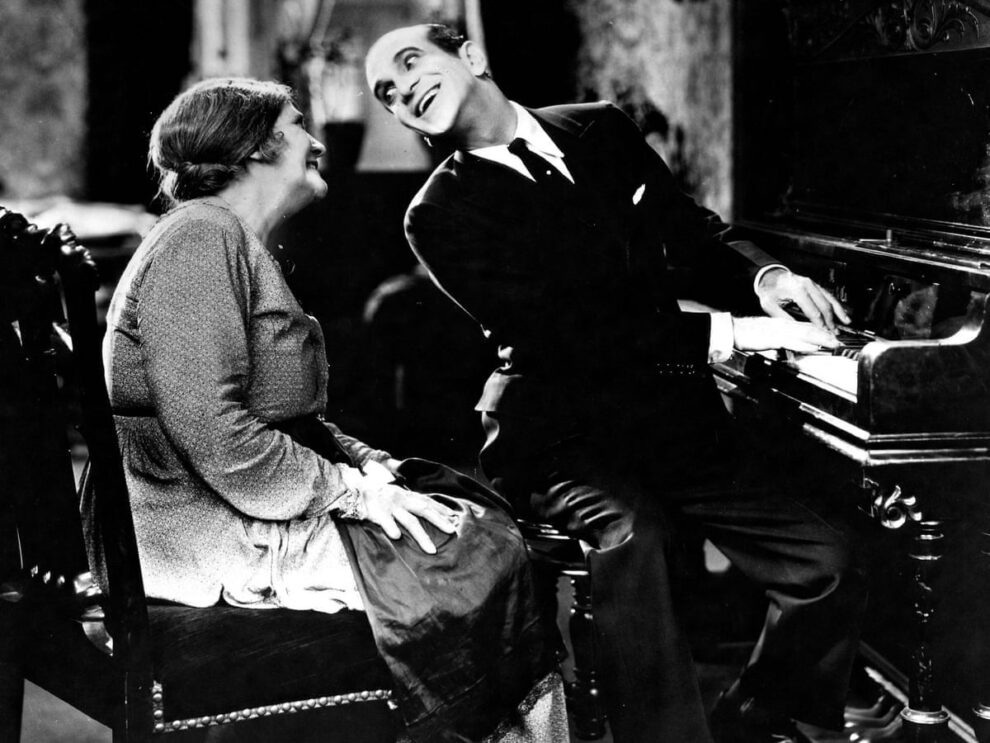 Hear the classic jazz songs of the 1920s when Nickel City Opera presents an original staging of Son of a Rabbi: An Al Jolson Revue with 4 course-dinner June 13th, 6:00 pm and Performance Only Encore June 14th, 7:00 pm at The Saturn Club, 977 Delaware Avenue, Buffalo.

A mini-musical chronicling the early life of Al Jolson, the star of the 1st talking movie ever made, the 1927 ‘The Jazz Singer’. A fully staged production with WNY actors and singers, piano accompanist, including songs ‘Give My Regards to Broadway’, ‘Four Leaf Cover’, ‘You Made Me Love You’, ‘Me and My Gal’ and more. At the historic Saturn Club on the main stage, the general public is welcome, not a members-only event. Adaptation by and Starring: Valerian Ruminski and Rachel Ross. Piano: Alexander Aylward. Director: Steve Vaughan

“Revisiting the Jolson show is always a pleasure because the music of that era was fun and lively and wore its heart on its sleeve. I get to re-create one of the most famous icons in music who, in his day, was the highest paid performer on the planet. The story of Jolson and his life is one that everyone can empathize with and it has been immortalized in the first talking film ever, The Jazz Singer, and has been re-imagined over the last 100 years in countless films and TV specials.“..NCO’s Artistic Director, Valerian Ruminski

Nickel City Opera is back with the fully staged ‘Rigoletto’ with orchestra, set and costumes. An opera in three acts by Giuseppe Verdi with Italian libretto, ‘Rigoletto’ is based on the 1832 play Le roi s’amuse by Victor Hugo. The opera’s original title, La Maledizione (The Curse), refers to a curse placed on both the Duke and Rigoletto by a courtier whose daughter the Duke has seduced with Rigoletto’s encouragement. The curse comes to fruition when Gilda falls in love with the Duke and sacrifices her life to save him from the assassin hired by her father. Giorgio Lalov of Teatro Lirico D’Europa will be Directing and bringing his Rigoletto set to Buffalo utilizing WNY singers along with international talent. Tenor Eric Fennell (New York City Opera/Glimmerglass/Hawaii Opera Theatre), returns to Buffalo reprising his 2010 role as ‘the Duke of Mantua’ along with Metropolitan Opera Singer Valerian Ruminski as the assassin ‘Sparafucile’. June 25th and 26th at Nichols Flickinger Center for the Performing Arts, Buffalo. General Admission.

Son of a Rabbi: An Al Jolson Revue Encore performance.