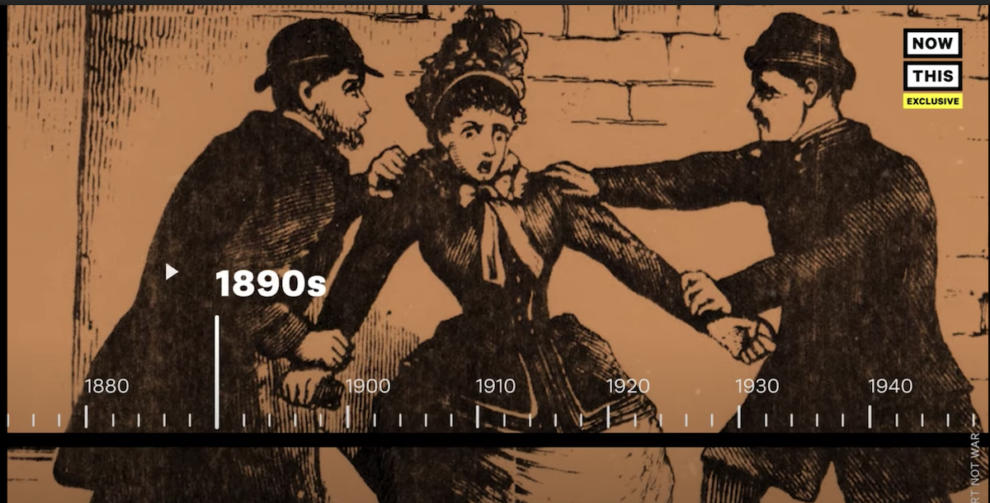 As the Supreme Court leak makes clear they’re set to overturn Roe v. Wade, Now This is releasing ‘The History of Abortion,’ a 13-minute video, produced by ART NOT WAR, educating Americans about the assault on abortion rights over the past few hundred years.

Actess Alyssa Milano, a longtime reproductive rights activist and a board member of the ERA Coalition, makes the argument in the video that new tactics are necessary to defend reproductive freedom. The Equal Rights Amendment, which has successfully been ratified in the required 38 states, should finally be added as an Amendment to the U.S. Constitution, guaranteeing all genders equal bodily autonomy.

As Milano makes clear, “Roe v. Wade was groundbreaking. But the only thing that can truly ensure full gender equality–including control of our bodies–is the Equal Rights Amendment, which has already surpassed the votes needed in the states to be ratified.”

Directed by ART NOT WAR founder Laura Dawn, the 13-minute film is a part explainer, part documentary, and part tour de force performance by Alyssa Milano. Milano provides a comprehensive history lesson on abortion, including its past as a legal right in early America. She reveals the role played by the all-male American Medical Association, who asserted their control over women’s health by making abortion illegal in the U.S. And Milano reveals the obsessive, multi-decade effort by religious extremists to create an illegitimate, far-right Supreme Court on the verge of overturning Roe.

As Milano put it, “The recent leak proved that activist judges on the Supreme Court are ready and more than willing to overturn Roe v. Wade. President Biden and Congress have an obligation to fix the Constitution and stop women’s bodies from being used as a political football. Publish the ERA and ensure that our right to bodily autonomy is forever codified in the United States constitution.”