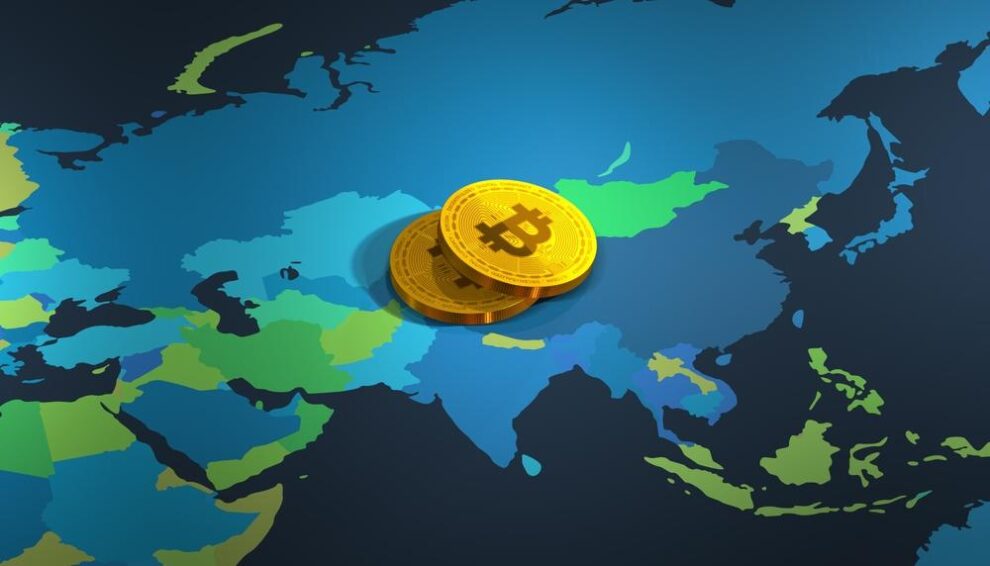 Every country in the world is approaching digital assets in their own way. Many show their full support for it while others are more cautious and prefer to regulate it among citizens’ use. It is one of the hottest topics between national leaders and investors alike with results hopefully leaning in favour of crypto adoption.

2022 appears to be the year to explore new opportunities using blockchain such as gaming. These include using assets like Bitcoin as rewards in gaming or to use Ethereum’s network as the foundation for new crypto-based game making. This practice is growing in Asia with hotbeds being Singapore and Japan among others.

Adoption of crypto on neighbouring continents

The biggest contributor to Asian nations’ interest in adopting digital assets is the enthusiasm of its neighbouring countries. Much of Africa and Europe’s countries have already set regulations to help businesses, as well as individuals, trade Bitcoin assets.

Japanese and South Korean investors participate in foreign exchanges, allowing Bitcoin to thrive in their respective economies as well. Bitcoin gambling site businesses are also booming in Southeast Asian countries like Indonesia thanks to improvements in payment options. Japanese citizens are also participating in this industry as they play on both local and offshore casino sites.

In other news about crypto gaming, various play-to-earn games are following the example of Sky Mavis’ Axie Infinity. Some of them are titles where you fight and capture monsters while others are about farming resources as well as trading crafted goods. There are also competitive titles where players place stakes and try to win the largest cut of the pot.

Large companies in Japan are investing in ideas related to non-fungible tokens (NFT). For now, they are focused on assets that can be traded and collected on the market rather than being used to make games. This includes digital merchandise from sports teams and video games. Their adoption of Ethereum-based assets is a huge step forward for NFT game-making.

Meanwhile, there are companies in Singapore that are built for making games using NFT assets. This strengthens Ethereum’s popularity among investors and gamers alike, predominantly in Southeast and East Asia. It is one of the biggest factors that led to ETH’s increase in exchange rate on exchanges.

Going back to the topic of gambling, the activity is growing ever-more popular among Asian citizens. Many attribute this case to the increased regulations to protect Bitcoin traders as well as the more simplified wallets like MetaMask and Coinbase Wallet. Many gambling sites have also adopted payment options catering to East Asian audiences to make transactions cheaper. Despite the strengthened laws for crypto use, online gambling is still left as an activity that is up for interpretation by state or country laws. As a result, gambling became a lot more accessible in many Asian territories. Any Bitcoin gambling site with a licence to operate in Asian nations are safe platforms for crypto gaming.