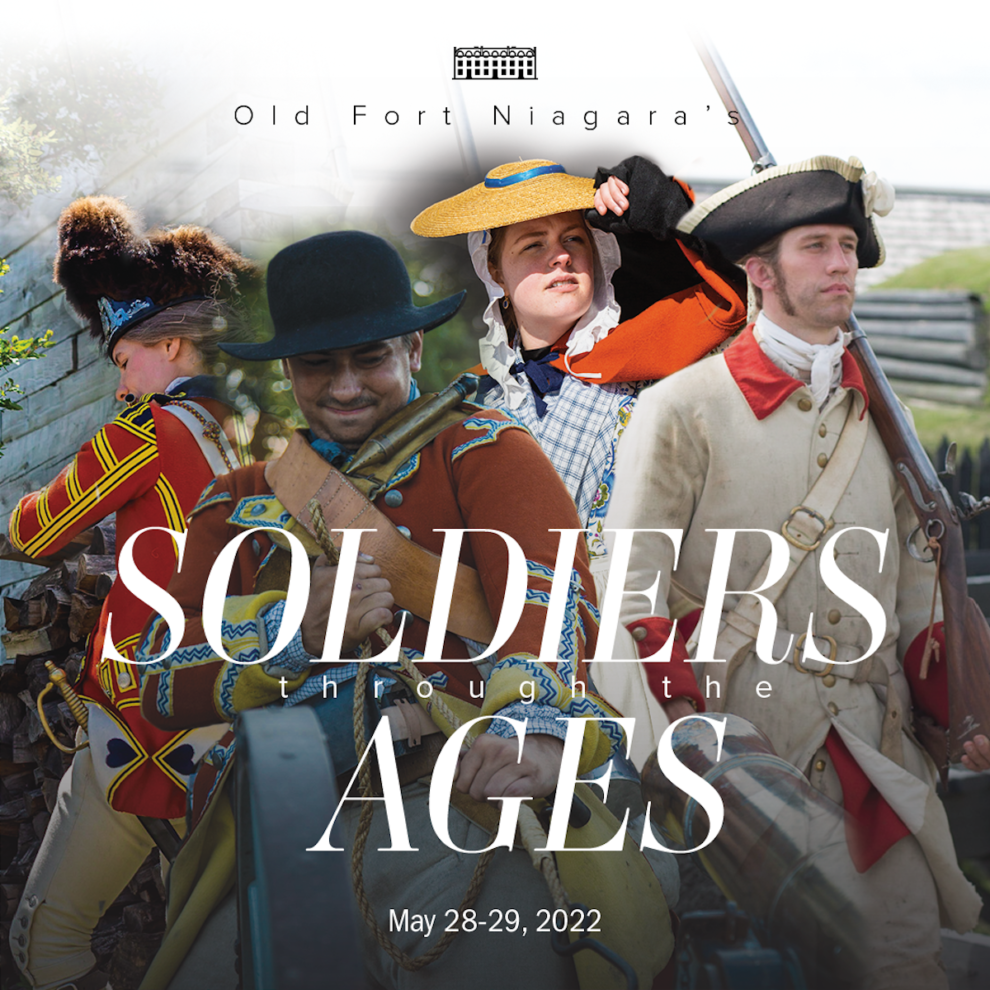 As one of the longest occupied military bases in the United States, Old Fort Niagara has a lot of history to share. On Memorial Day weekend, the Old Fort Niagara will present its annual “Soldiers through the Ages” event, a timeline of military history spanning four centuries.
Visitors will have the opportunity to compare uniforms, weaponry, equipment and living conditions for military personnel from the 17th century through modern times.
The Empire State West Chapter of the Military Vehicle Preservation Association will mount a special display of military vehicles from World War Two, Korea and Vietnam.
Reenactment units will set up period camps and demonstrate what life was like for soldiers from earlier conflicts like the French and Indian War, American Revolution, War of 1812 and Civil War. New this year will be a program on women in the army through the centuries.
The event will also feature a special program entitled “Muskets to M1s,” a comparative demonstration of military weaponry from the 17th century through World War Two. The fort’s regimental field music will present fife and drum concerts twice each day.
Fort Niagara was one of the longest occupied military bases in North America. The French erected the first fort at the site in 1679. After the construction of the French Castle in 1726, the fort remained a military post until the United States Army decommissioned it in 1963. Over the course of many years, the fort was the scene of a grueling siege, devastating artillery bombardments, a surprise attack, a famous 1,000-yard rifle range, officer training facility, induction center and prisoner of war camp. Its final role was part of the missile defense system that protected western New York during the Cold War.
This long and colorful history will be brought to life through living history programs and demonstrations on Memorial Day weekend. Hours for the event are

On Monday, Memorial Day, the fort joins Lake Ontario Post #313, Veterans of Foreign Wars at the post cemetery for a memorial service for fallen veterans. This program takes place at11:00 am.
More information is available at (716) 745-7611 or online at www.oldfortniagara.org