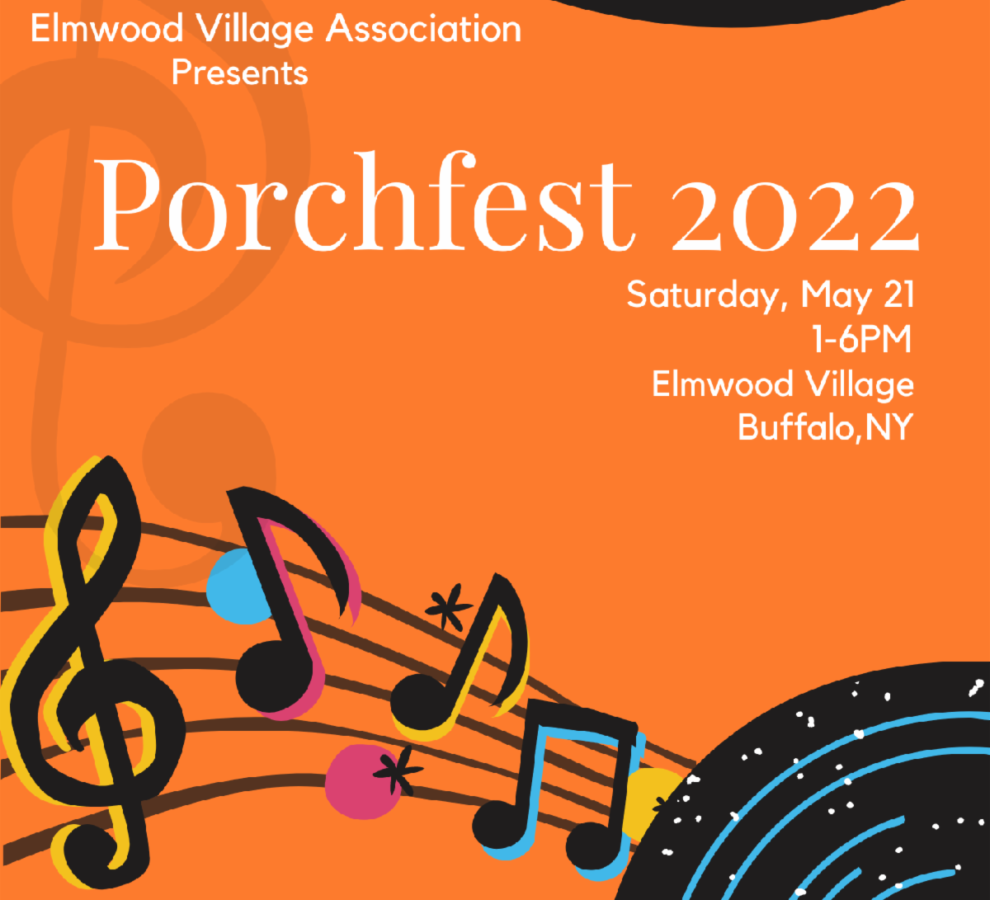 In 1963, in response to the assassination of President John F. Kennedy, the legendary conductor and composer Leonard Bernstein gave a speech that concluded with these words:
“We musicians, like everyone else, are numb with sorrow at this murder, and with rage at the senselessness of the crime. But this sorrow and rage will not inflame us to seek retribution; rather they will inflame our art. Our music will never again be quite the same. This will be our reply to violence: to make music more intensely, more beautifully, more devotedly than ever before.”

After much deliberation, we have decided that Porchfest 2022will go on as planned.

We will fill the streets with music.

We are asking our hosts to collect donations on their porches, either by posting the QR code below to donate directly to FeedMore WNY’s Emergency Response Fund,or by passing a hat throughout the day, and collecting “Change 4 Change“. Cash donations received can be dropped off at Thin Ice (719 Elmwood Avenue) by Sunday, May 29th, and all proceeds will benefit FeedMore WNY.

Extraordinary Forms: Fiber exhibit at the Kenan Center Gallery
Of Lost Time’s Letters of Note: Harriet Tubman and Her Fight Against Slavery