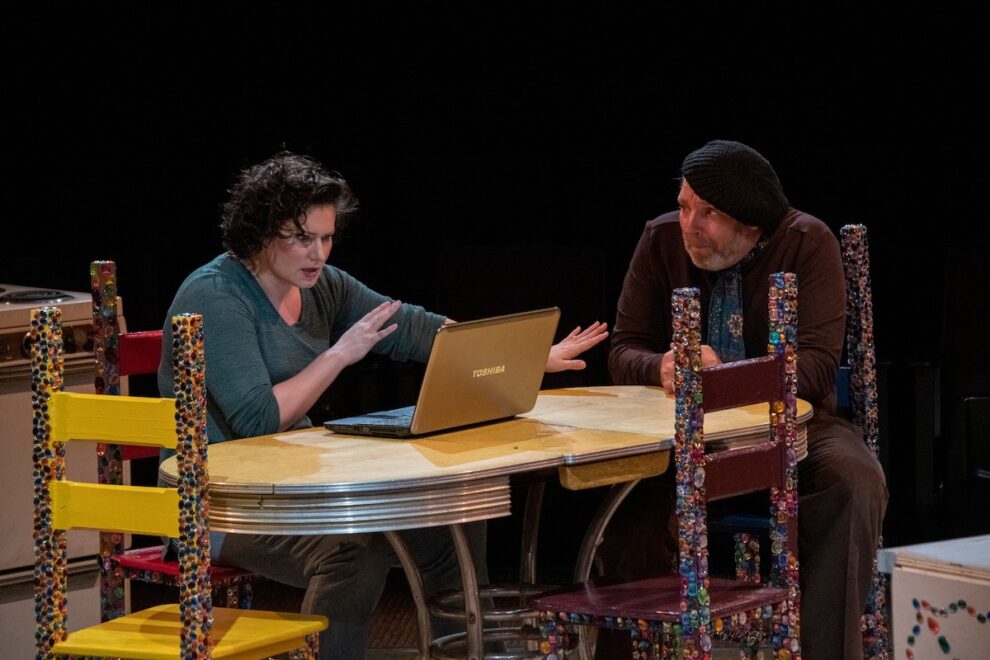 Kelly Meg Brennan, Stan Klimecko and Company return to finish the run  of the Irish Classical production of their “Wildly Satisfying” March 2020 production!

Onion and Pearl are miserably married. Their children, Ogie and Millie, are displaying increasingly strange behavior. As Onion writes the Great Irish Novel and Pearl covers the house in beads, they secretly plot each other’s ruin.

The Onion Game, by ICTC’s Playwright­ in-Residence Bryan Delaney, author of The Cobbler and The Seedbed, launches a hilarious assault on the hollow aspirations of modern life. This is a grotesque dark comedy of treachery, revenge, literature…and onions.

As part of our Cultural Classics Exchange Series, Bryan Delaney will also be leading a post-performance discussion of The Onion Game after the preview performance on Thursday, June  2.