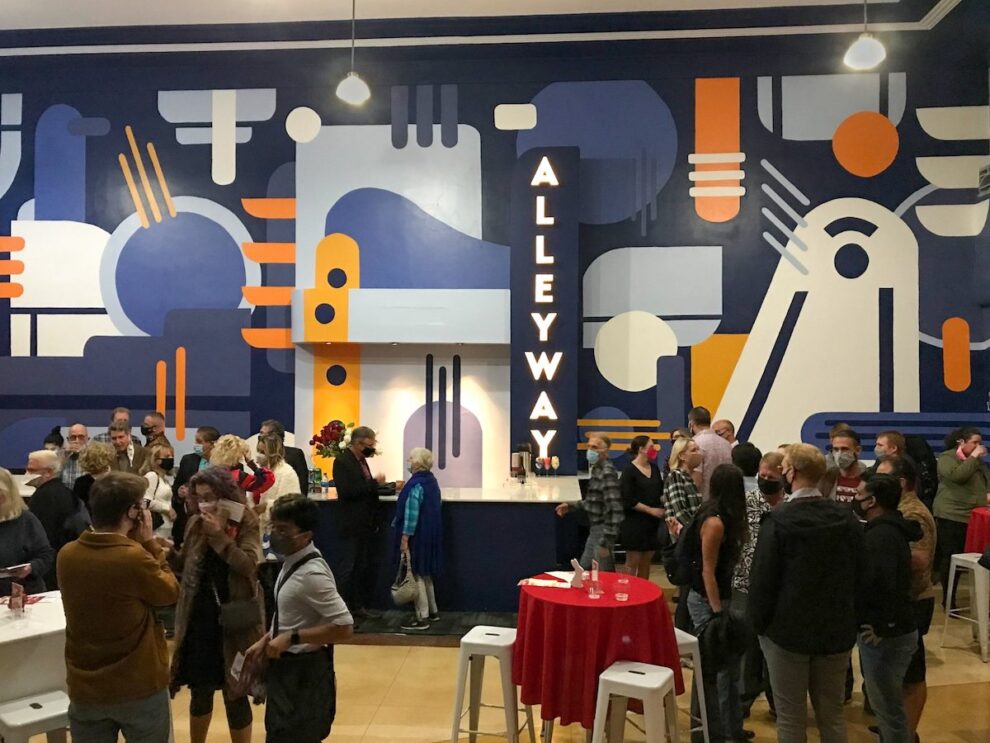 Ezekiel is a Black teenager with a secret that threatens to destroy his already broken home. He’s haunted by the ghosts of racism, homophobia, and toxic masculinity—the same ghosts that have plagued men in Georgia for generations, including his emotionally distant father. But when he discovers a trove of forbidden love letters among his late grandfather’s belongings, Ezekiel begins to believe that the only way to fight these multi-generational ghosts is to burn everything to the ground.

THE MAGNOLIA BALLET is a Southern Gothic fable that melds high drama, dance, poetry, and spectacle to explore masculinity, racism, and the love between a queer kid and his father.

Black. Queer. And on fire.

Sarah is an extraordinary human being on the verge of saving the planet from her cushy office in Silicon Valley. At the helm of one of the fastest-growing tech companies in history—a company she built herself from scratch—she is about to announce a major breakthrough that will make her richer, famous-er, and prove that she was right all along: biodegradable plastic. Oh, and tonight she also has to prep for tomorrow’s lawsuit, soothe her frustrated business partner, and fend off an eager journalist hungry for a scoop. It’s all in a night’s work on the climb to success.

BURST is a contemporary tour-de-force into the world of corporate feminism and lean-in mentality, set in the explosive arena of Silicon Valley.

A daughter. Her mother. And their quest for connection.

To save herself from her chronically incessant thoughts, Nicky converts them into sounds so she can fall asleep to the sound of rain. This works until, during a bout of crippling social anxiety at college, a thought about her mother turns into a vicious storm. Nicky outruns the storm all the way home, where she returns to her old job at the Container Store and to Mom… who hasn’t left the apartment in five years.

While searching for self-help books at the Last Borders Bookstore on the Planet, she meets Borders Guy, the Last Borders Employee on the Planet, who introduces her to the mysterious Aleph, a Borges-inspired point of overwhelming omniscience he guards in the back of the store. Through a chain of “self-help” both comic and poignant, Nicky, her mother, and Borders Guy struggle to smash down the walls that enclose their lives.

THE ALEPH COMPLEX is a fantastical new drama about the power of human connection, set against a soundscape of anxiety in our increasingly lonely world.

An ancient prophecy is coming true just in time for another government shutdown as a Godzilla-esque monster appears, leaving America in its wake of blood, tears, and trampled Chick-Fil-As. Scientists and former lovers Harry and Harvey must reunite to save the country—and maybe rekindle their love, too—as they face the dreaded Kragtar in battle. Unbeknownst to our heroes, however, there may be a far greater monster lurking in the shadows, ready to swallow America whole.

KRAGTAR! is a brilliantly campy and zany new adventure musical, teaching us that whether its with a boy or girl, the most powerful (and rad) thing in the whole f*ckin’ world is … well, love.

For fans of shows like Schmigadoon! and Reefer Madness.