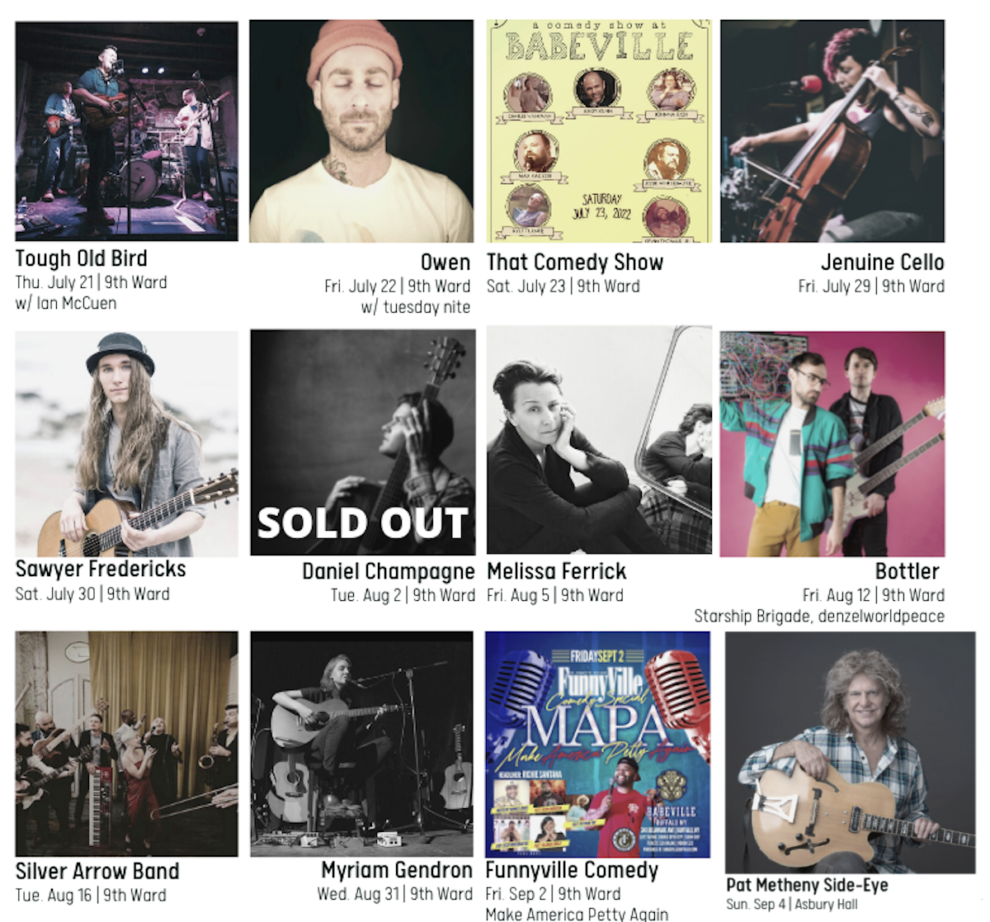 Sat July 23 | That Comedy Show at Babeville | The 9th Ward

A one-woman band, Jen Mulhurn (aka Jenuine Cello) comes armed with cellos (acoustic & electric) a looping pedal and a mic and weaves an amazing soundscape with influences from Bach to Bjork and everything in between.

Americana singer-songwriter from Central New York who got is first break on NBC’s The Voice at the age of 15 returns to the 9th Ward.

One of the most prolific and hardworking singer-songwriters in the independent music business, Melissa Ferrick returns for an intimate night in the 9th Ward.

Buffalo-born, Brooklyn-based indie electronic duo BOTTLER (featuring Sleepy Hahas alums Pat Butler and Phil Shore) return to their hometown, for an exhilarating, unpredictable, and dynamic live show to get you on the dance floor. Starship Brigade and denzelworldpeace open the show.

NEW CONCERTS at Town Ballroom & ArtPark:
How To Use Animation and Multimedia Effects in PowerPoint To Add Impact to Your Slides