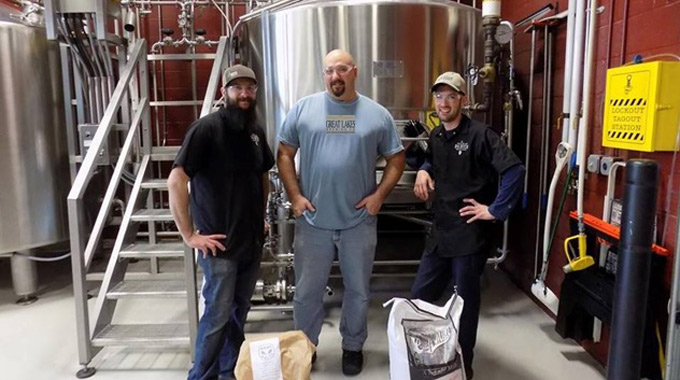 The question is, why would craft brewers – supposed business rivals vying for the very same industry sales space – willingly cooperate with one another to produce beer that will more than likely never be reproduced? Even if they were to distribute them, shared profits would hardly make such products lucrative, right? Well, according to Willard Brooks, President of the Buffalo Niagara Brewers Association, such collaborations are done for the sake of innovation, and, well, fun.

“Craft brewers love to make innovative new products,” Brooks says. “So two craft breweries making beer together is just a heck of a lot of fun for beer makers. It’s also a great way to let beer fans in cities a few hours away know what’s going on in Buffalo Niagara and vice versa, so it’s good marketing.”

And therein lies the crux of the Brewer’s Invitational beer festival, a showcase for such innovative teamwork, like Great Big Steve, a doppelbock brought to you by the collaborative minds of Buffalo’s Big Ditch Brewing Company and Cleveland’s Great Lakes Brewing. The beer will be available at the Brewer’s Invitational, which takes place Saturday, April 2 at Pettibones Grille at Coca-Cola Field.

“At around 7.5% ABV, Great Big Steve, which was brewed with house smoked malt from New York Craft Malt as well as spelt from Haus Malts in Ohio, is very clean and malty, and a little more fruity than a normal doppelbock because we used ale yeast,” Big Ditch’s Matt Kahn says. “The name of the beer is a reference to Grover Cleveland, former Buffalo mayor, and our 22nd (and 24th) President, who was known as ‘Big Steve.’”

Great Big Steve won’t be the only inventive beer showcased at the Brewer’s Invitational, as the inaugural event will feature nearly two dozen locally made beers and almost a dozen specialty beers from guest breweries.

“The Brewer’s Invitational brings together 20 local Buffalo-Niagara breweries & ten guest breweries and asks them all to do something a little bit different,” he adds. “This highlights the art and fun of innovation as well as the collaborative spark and extreme skill that local craft breweries have. This event is proof that BNBA breweries have arrived!”

In addition to Great Lakes, the Brewer’s Invitational will play host to a number of other guest breweries and beers:

Brooklyn Hand and Seal 2015: Set to rest for months in casks of Bourbon oak, then re-fermented in the bottle, the deep flavors of floor-malted Maris Otter barley shine through the layers of vanilla, coconut, toast and floral notes given by aging in Four Roses bourbon-infused wood. Hand & Seal is complex without being perfume-y and subtly sweet without becoming cloying.

Jolly Pumpkin Madrugada Obscura Sour Stout: A Belgian-inspired stout that is as dark as a moonless midnight, brimming of roasted malts and bitter hops.

Beaus Bogfather Imperial Gruit: The Bogfather is a monstrously strong and hopped-up version of Beaus Bog Water gruit ale. Intense flavors and aromatics are the result of a combination of dark malts and Belgian yeast. The hand-harvested organic bog myrtle it’s brewed with contributes a sweet aroma, bitterness and herbal, spicy notes.

The entire tentative beer list is available online at www.buffaloniagarabrewersassocation.org.

In addition to all of the beer, your ticket also includes a buffet of old school pub food ‘kicked up a notch.’ You can purchase tickets for $39 at Buffaloniagarabrewersassociation.org, Buffalo Bisons Box Office, all Consumers Beverages locations, Premier Gourmet, Kegworks and all local breweries. A limited number of Designated Driver tickets are also available ($15 when accompanied by regular ticket holders), which includes food, soft drinks and water. Designated Driver tickets may be purchased over the phone at (716) 846-2057 by credit card.