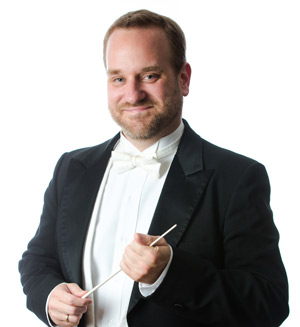 BPO program highlights works from the 1930’s relevant to today

Associate BPO conductor Stefan Sanders will be on the podium at Kleinhans Music Hall this weekend for concerts on Saturday, April 2 at 8pm and Sunday, April 3 at 2:30pm featuring a pair of big works from the 1930’s which mirror that troubled decade that ended with a plunge into the most disastrous war in human history. German composer Paul Hindemith and British composer Ralph Vaughan Williams both saw active duty in the First World War, and knew the horrors of war firsthand. Hindemith served first as a bandmaster, but later as a frontline infantryman. At the age of 42, Vaughan Williams volunteered and served as a frontline ambulance driver.

During the 1930’s, Hindemith was drawn to the life of the Reformation era painter Matthias Grünewald, who was strongly influenced by the horrors of the German Peasants’ War of 1524-25  in the composition of his masterwork, the  powerful Isenheim Altarpiece. While the composers of many successful operas have later extracted music from them which they assemble into orchestral suites, Hindemith wrote the music for his Mathis der Maler Symphony in 1934, before he composed the opera of the same name. One of the leading composers of the Weimar Republic, Hindemith’s vividly expressionistic music was denounced as degenerate and “Jewish connected” after the Nazis came to power in 1933. The eminent conductor Wilhelm Furtwängler championed Hindemith’s music and lead the premiere of the Mathis der Maler Symphony on a Berlin Philharmonic program in 1934, but the political situation rapidly worsened, making the performance of the opera Mathis der Maler impossible in Germany. While the opera’s premiere in Zurich in 1938 was critically acclaimed, the work never achieved the popularity of the symphonic work from which it was derived.

The BPO has an enviably long history of involvement with the music of Paul Hindemith. In November 1935, the Mathis der Maler Symphony was on the second ever BPO program, only a year and a half after the work’s premiere. And, in April 1937, it was performed again by the BPO in a program that featured the composer himself as soloist in Der Schwanendreher, a work for viola and orchestra, under the baton of then BPO music director Franco Autori.

Ralph Vaughan Williams composed his cantata Dona Nobis Pacem for soprano, baritone, chorus and orchestra in 1936, in part as a plea for peace during a time of fear of a new war. Director Adam Luebke will lead the Buffalo Philharmonic Chorus and soloists Darren Stokes, baritone, and Nathalie Paulin, soprano in the first ever BPO performance of the work. For the six continuous movements of the work, Vaughan Williams set texts from the Bible, the Mass, the poems of Walt Whitman and a political speech by the liberal Quaker statesman John Bright in which he tried to prevent the Crimean War.

On Wednesday April 6 at 7:30pm the GBYO joins the BPO for a mentoring experience that culminates in a joint performance on stage at Kleinhans Music Hall. BPO musicians spend time with GBYO students in coaching sessions prior to each performance, and the Greater Buffalo Youth String Orchestra performs in the Mary Seaton Room at 6:30pm preceding the concert in the Main Hall. Admission to the event is free.

On The Boards Theater Listings – 3.31.16
The Return of Michael Ludwig