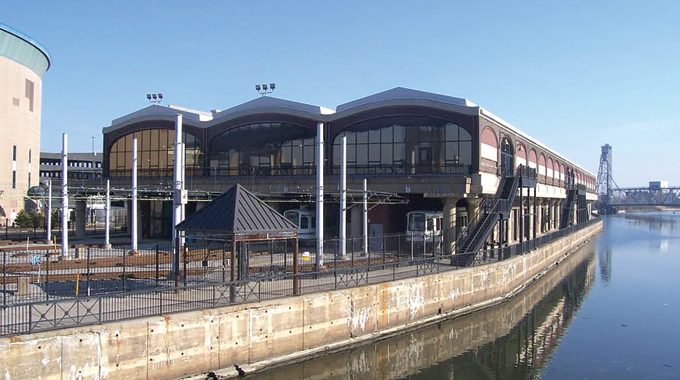 Congressman Brian Higgins is urging the Niagara Frontier Transportation Authority to spend $43 million to redevelop the DL&W Terminal on South Park along the Buffalo River into a light rail station.

Congressman Brian Higgins is urging the Niagara Frontier Transportation Authority to spend $43 million to redevelop the DL&W Terminal on South Park along the Buffalo River into a light rail station. That facility would only service the six-mile line that runs along Main Street from the Buffalo River to South Campus, and would not be capable of servicing Amtrak or interact well with city buses.

It will be a taxpayer-funded boondoggle with little impact on ridership.

Largely driven by federal transportation grants that could fund up to 80% of the project’s cost, the Higgins’ proposed train terminal project is neither sound urban design nor is it a worthy economic development expenditure.

Aside from Sabers’ games, the station will be largely empty. It will cost taxpayers millions to build and over time millions more to maintain. Tenants wont stay because public management will lead to Broadway Market-like conditions.

The fiscal economics of the city demand that rather than build an excessively large train station because of our insatiable thirst for federal grants, we should instead put every parcel we can back on the tax rolls. The cobblestone district, where the old terminal is located, is among the most prime real estate in the city and could be catalytically served by high quality urban design.

Congressman Higgins wants to spend tens of millions of taxpayer dollars to redevelop a building that the private sector would be eager to adaptively reuse – and would be willing to do so without this massive level of public subsidy.

Instead of an underutilized taxpayer funded train terminal (that would require ongoing subsidy into the future) we should open this property to the private sector.

At the same time, we can improve public access to the riverfront.