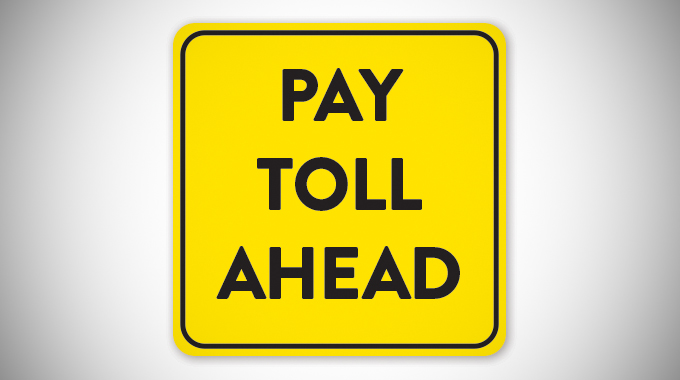 Straight from the pockets of commuters and tourists, the Grand Island tolls bring in $18 million a year for the NYS Thruway Authority.

Straight from the pockets of commuters and tourists, the Grand Island tolls bring in $18 million a year for the NYS Thruway Authority.

And they also create pollution and rush-hour traffic jams virtually any time of the year but especially during the region’s critical tourist season.

“The Thruway Authority told me that the money from the bridge is being used to pave the I-90,” he said. “Is that $18 million enough to justify the pollution and traffic jams on this regions’ major conduit from north to south?”

“Tourists leave after two days because there’s nothing else to do,” he said. The new attractions in Buffalo that could be a draw to the 14 million tourists a year to the Falls are effectively blockaded by the traffic snarls.

While eliminating the tolls is the priority for most in the movement to radically improve the efficiency of travel from Buffalo to Niagara Falls and vice versa, electronic toll-taking methods recently introduced on the Tappan Zee bridge in NYC may arrive here as a consolation prize.

But not anytime soon it seems.

“We are in the process of evaluating where else on the Thruway system that type of electronic toll collection could be used,” said Shane Mahar, a Thruway Authority spokesman.

Mahar said it could take years for the system of sensors and cameras to be implemented on Grand Island. (Motorists that do not have an EZ-Pass account receive a bill in the mail.)

Others have suggested putting the toll barriers in the middle of the Island to allow motorists to keep speed while entering from the south and drive freely onto the incline of the bridge. Again, allowing for more efficient travel as vehicles negotiating the incline aren’t doing so from a standstill. This will also reduce wear-and-tear on the bridge, which has never been maintained properly, McMurray said. “This is a bunch of bull.”

McMurray said Senator Tim Kennedy’s bill in the Senate and John Ceretto’s in the Assembly represent the best chance to eliminate thetolls. McMurray called the tolls a “money grab” by the Thruway Authority.

The bills would take away the Thruway Authority’s control over the bridges — and its $18 million a year bounty — and give it to the Department of Transportation, which doesn’t charge tolls on the bridges it maintains.

So without tolls, how will the millions of dollars in bridge maintenance be paid for?

The federal highway-use tax, of which the NYS DOT received $1.4 billion in 2012.

These bills to remove GI tolls are now making their way through their respective houses.

But Rob Ortt, co-sponsor of the senate bill, isn’t overly optimistic about its chances this year.

“I would say it’s a little late in this year’s session,” said Ortt.

“With all the other big issues right now, the Uber/Lyft discussion, global issues going on, this is the first this is being discussed.”

Ortt also thinks the governor will veto the bill.

“This is about getting some momentum behind removing the last remaining toll barriers,” he said.

McMurray said the people of Western New York need to get angry about the tolls.

“We are funding downstate projects with the tolls, and we’ve been doing it for 81 years.”

Power IS Corruption; Are Silver, Skelos and Cuomo Victims of the Progressive Government they Fought to Sustain?
It’s Time to Move the Albright-Knox and Buffalo Zoo to Niagara Falls