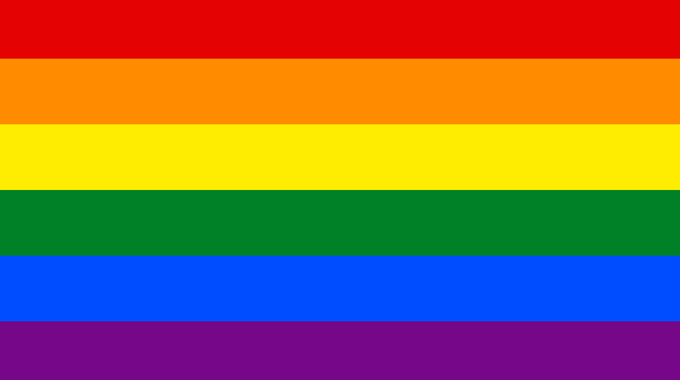 On June 5th the spectacularly colorful Gay Pride Parade will usher in summer with a celebration so joyful even Ebenezer Scrooge would be compelled to smile.

On June 5th the spectacularly colorful Gay Pride Parade will usher in summer with a celebration so joyful even Ebenezer Scrooge would be compelled to smile. The parade quickly morphs into the Pride Festival at Canalside – a big happy party for 15,000-20,000 people with food, drink and live music that serves as the closing event for Pride Week–six days of events celebrating the gay community produced and organized by Pride Center and Evergreen Health Services.

Seeing crowds of people standing along Elmwood Ave. watching dozens of creatively decorated Pride floats roll past is an inspiring testament of what can be accomplished for those willing to fight for their rights. The rainbow color floats are accompanied by hundreds of brilliantly dressed members of the LGBT community flashing 1000watt smiles as they laugh and dance their way along the avenue showering positive energy on all those lucky enough to be near.  It’s gay theater at its finest and the stage is the city of Buffalo.

What goes unnoticed is that the casual and broad participation by the general public in the Pride Parade make it difficult to remember that only a few years ago many gay people lived in terror that someone would find out they were gay. There were mass arrests of gay people, with police dragging them out of gay bars in New York, San Francisco, Chicago and other cities. Gay men were hunted down where they met in parks at night or desolate places like the west side piers along the Hudson in NYC. They went to these desolate places because they had to hide. Hide from the police, from friends, family, coworkers, “normal” society.

Buffalo itself has a rich and varied LGBT history, well documented by such activist/historians as Madeline Davis and Carol Speser.  Our LGBT history has its own share of stories of adversity and activism, including one of the earliest chapters of the Mattachine Society in the nation.

For many years Buffalo was a kind of gay Mecca in this region. People would come from as far away as Toronto to enjoy bars that closed late and a police force kept at bay by a quiet system of payola. That all came to an end as Buffalo’s fortunes began to fall and the Rockefeller administration began a campaign to stop police corruption.  A police force that was no longer on the take had no reason to leave the gay community alone.

Buffalo then entered a period of police aggression against gay people; of cops entrapping men on North Street; or police who would document the Ontario license plates on cars parked near gay bars, and then stop those cars the next time they tried to cross the border.

The low point came during the years of Jimmy Griffin when hizzoner openly declared war on the gay community, proudly declaring that he didn’t much care for the homosexual cooptation of the word “gay,” preferring to call LGBT people “fruits.”

In 1983, Mayor Griffin declared war on Buffalo’s gay bars, launching a series of raids on the popular “City Lights” dance club and referring to its customers as “faggots.” He tried to have their liquor license revoked. The police of this period would send “pretty cops” to popular gay cruising areas to flirt with gay men; the instant a trusting target invited the cop home, he’d find himself handcuffed and shoved into the back of a police car.

The cohesion of the gay community changed dramatically when the NYPD raided the Stonewall Inn in June 1969, when for the first time gay patrons refused to be tossed into a paddy wagon and hauled to a jail cell. They fought back and the predominantly gay Christopher St. neighborhood was on their side. A huge neighborhood crowd collected outside the Stonewall Inn, shouting and throwing things at the outnumbered police. That triggered three days of pandemonium with demonstrators fighting off tear gas, billy clubs and a small army of tactical police rampaging the streets of Greenwich Village. That event was the beginning of the gay civil rights movement and, for those who don’t know, the annual June Pride Parades that take place all around the world (including Buffalo’s) are a celebration of the Stonewall Inn riot.

Nevertheless, as recently as 1981 a police sweep of Toronto’s gay bathhouses resulted in over 300 gay men arrested in a single night. To the surprise of the Toronto police thousands of gay people, men and women, immediately took to the streets in protest. All of these arrests as far back as the 1920s were accompanied with photos in the press and later with television coverage. Then of course the whole world knew you were gay.

What might being publicly outed like that mean if you’d been secretly gay and passing as straight? If it was the 1950s it meant a lot. It meant you probably lost your job. It meant pretty much all of your friends and even some of your family would shun you. Worse things could happen, too.

In the 1950s being gay was considered a mental illness and something that needed to be treated. Those treatments could be very drastic ranging from a frontal lobotomy to a year of regular electric shock therapy wherein you might be frequently shown a stimulating photo of a naked, muscular man and simultaneously given a high voltage shock to induce you to hate the image. Anyone remember the rehabilitation therapy given to Alex in A Clockwork Orange?

It would be easy to write a very large book cataloging the heinous mistreatment and discrimination against gay people. The Nazis sent thousands of gay men to Auschwitz where many were physically mutilated and killed as the Nazis performed bizarre scientific experiments to find a “cure” for homosexuality.

Occasionally something good comes as a result of something horrible. In 1998, the Wyoming gay teenager Matthew Sheppard was pistol whipped by two young rednecks, tied to fence, set on fire and left in the freezing temperature to die. That crime gave birth to a federal hate crime bill the Matthew Sheppard Act and the successful play The Laramie Project, which has enlightened thousands to the gay issue.

Now it’s 2016, things have changed and much progress has been made in recognizing the rights and the humanity of the LGBT community, which is reflected in Pride Week.

“The purpose of Pride Week is to celebrate the many different ways there are to be LGBT,” said Pride Center director Matthew Crehan Higgins, “and to celebrate the progress that our community has made locally, at a state level and nationally. Pride Week is also to recognize that work is not done. There are still tons of people who don’t like to see us celebrating and who would like to see that progress overturned.”

There’s probably no better time than a presidential election cycle to recognize there are people who want to reverse progress. Three republican presidential hopefuls, Ted Cruz, Mike Huckabee and Bobby Jindal, were happy to join pastor Kevin Swanson on stage at his Conservative Conference in Iowa where he proclaimed homosexuality ought to carry the death penalty. Ben Carson compared gay marriage to bestiality and said Congress should remove judges who favor same-sex marriage. Ted Cruz called the Supreme Court’s same-sex marriage decision “tragic.”

There are far too many anti-gay examples to list and they are not historical they are happening today. In spite of that, yes, progress has been made, but as Matthew Crehan Higgins points out, “Because there’s been so much progress in the past few years we have to keep reminding our own community that we have to stay vigilant to maintain that progress. We don’t want lose what so many people worked so hard to achieve, which took a very, very long time. Many of those folks who fought for that progress didn’t live to see it.”

Unquestionably the most profound marker in the gay rights movement is the AIDS epidemic that began in the 1980s. AIDS galvanized millions of gay people into being visible and active because their people were dying and it didn’t seem anything was being done about it. Gay activist organizations sprang up in every city in America. People came out of the closet that would not have previously. Priorities changed from getting government out of our bedroom to fighting for government funded research, for the right to visit your long-relationship partner in a hospital even though you were not immediate family, fighting for time off to be with loved ones who were dying, fighting for insurance benefits. Basically AIDS engaged the gay community in a fight for the same rights everyone else has and in the process taught them how to engage government and grow their organizations. Buffalo’s Evergreen Health Services is a good example of working with government to grow a larger more effective organization. Evergreen went from the small single purpose organization Aids Community Services to the very large multi-purpose health service Evergreen that addresses dozens of needs from housing and nutrition to a long list of health issues.

Once AIDS was brought under control the powerful network of gay organizations still existed and they didn’t dissolve but instead shifted priorities and exerted their influence to make change. Top on the list was winning the right to legally marry the person you love.

Fights for equality among different communities are all progressing but all have a long way to go. There is still inequality against blacks, against Jews, against Native Americans, against LGBT, against women and others. They all have markers of progress like the emancipation proclamation ending slavery and the desegregation of schools or women given the right to vote or legalizing same-sex marriage.

However, winning a gain in court or in legislation is only the first tool needed to step toward acceptance. The lives of black people didn’t change that day in 1865 when the 13th Amendment was ratified. They were still poor, still uneducated and still hated by the people who hated them the day before the 13th Amendment passed.

In 2001 same-sex marriage became legal in Canada but that doesn’t mean everyone accepted it.

In Toronto that year when Kevin Bourassa and Joe Varnell became the first legally married same-sex couple in North America they approached their wedding day with “a mix of love and terror.” After several death threats the wedding took place under heavy police protection with the minister wearing a bulletproof vest and the police telling the most likely moment during the ceremony when they might be shot. The couple was so fearful they would die during the wedding they said farewell to their families the day before.

“The last words police officers said to us as we went down the aisle,” said Bourassa, “was ‘If you hear a shot don’t move, somebody will move you, just stand still.’”

What the hell kind of wedding is that? Fortunately, no one was shot and they are still happily married 15 years later. The point of all this is that for those seeking equality life is an unending struggle to achieve and maintain the rights every person deserves.

So if the question is do we really need to bother with Pride Week? The answer is YES we do.