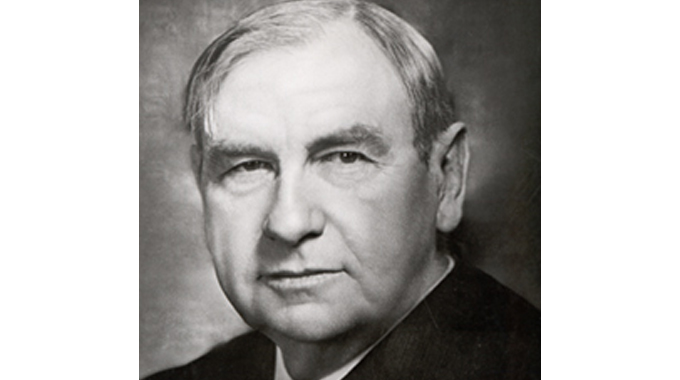 Below is something that is not taught in public schools.

It is history nonetheless and easy enough for anyone to verify.

It is the simple truth that juries, made up of the people of the nation, rule the nation – not lawmakers, not judges, not the president.

This can be demonstrated by logic and illustrated by examples.

In 1215, when the Barons of England compelled King John to sign the Magna Carta, trial by jury was guaranteed in England. The King henceforward had to seek permission of the people – through 12 citizens randomly selected and unanimous in their verdict – before he could take anyone’s freedom away.

This was an extraordinary curtailment of power by the people against the government.

And in this history we learn why we have jury trials:  Not for the jury to figure out if a defendant is guilty of breaking a law but rather to determine if the law itself is just and fair.

To protect people from government oppression, overreach and natural corruption is the primary role of the jury. Once they decide if a law is fair then their secondary duty is to determine whether the defendant is guilty of breaking the law.

Right of Assembly; Freedom of Religion; jury can’t be punished

The truth of the jury being the arbiter of law springs from the fact that a jury cannot be punished for its verdict.

Since a jury cannot be punished (even a single juror who chooses to stand against the majority of jurors can hang the jury and prevent a ruthless government prosecution to take place) the jury, case by case, rules on the laws of the nation.

It wasn’t always this way.

In 1670, Quakers William Penn and William Mead were prosecuted for preaching to an assembly. The government of England did not approve of the Quaker religion and made laws against public assembly.

At the end of the trial, the judge instructed the jury to return a guilty verdict since it was obvious that Penn and Mead broke the law and preached Quakerism.

Four jurors, led by Edward Bushell, refused to return a guilty verdict. The judge ordered the jury locked up until they returned an acceptable verdict. For two days the jury refused to return a guilty verdict and the judge ended the trial. As punishment, he ordered the defiant jurors imprisoned until they paid a fine. Bushnell refused and spent months in jail. He was eventually released after his habeas corpus petition prompted the Court of Common Pleas chief judge to rule that a jury can indeed nullify the law by virtue of the that he forbade the judge from punishing jurors for their verdicts.

This verdict is widely credited for having established freedom of religion.

The Salem witch trials began in 1692. After a splendid year-long government conviction rate and the execution of 33 witches, by May, 1693, juries decided the court of Oyer and Terminer had gone too far. They nullified the witchcraft law with 52 consecutive hung juries or acquittals.

Freedom of speech won by jury

In 1734, John Peter Zenger’s newspaper criticized the Royal Governor of New York. It was against the law to criticize the government in Colonial America, as it still is in many countries that do not have jury trials. The British charged Zenger with seditious libel. At his trial, Zenger’s lawyer, Andrew Hamilton, admitted Zenger broke the law but asked the jury to acquit because the law was wrong and that Zenger had published the truth.

Chief Justice James Delancey disagreed arguing the law is the law.   “The truth is no defense,” he ruled.

Hamilton said if jurors cannot nullify laws, then “juries (are) useless, to say no worse . . . The next step would make the people slaves.”

The transcripts of the trial were published and this remarkable act of jury nullification encouraged others to write literature critical of England such as Franklin, Paine and others.

By Zenger’s jurors disobeying the judge’s directions, the people of America were gifted with freedom of the press and freedom of speech.

If the jurors had obeyed the judge and Zenger was imprisoned the result might have been a repressing of free speech and America might have remained under British rule.

Jury trial in the bill of right

Given the jury’s role in Zenger’s and other Colonial trials, the framers of the Constitution envisioned that juries would continue this role when they guaranteed jury trials in the Sixth Amendment.

Benjamin Franklin said that jury nullification is “better than law, it ought to be law, and will always be law wherever justice prevails.”

Thomas Jefferson said that the right of people to sit on juries was more important that the right to vote since no law can be enforced without the consent of the jury.

He said, “Were I called upon to decide whether the people had best be omitted in the Legislative or Judiciary department, I would say it is better to leave them out of the Legislative. The execution of the laws is more important than the making [of] them.”

Alexander Hamilton spoke of the importance of the jury to the framers of the constitution, “If they agree on nothing else, (they) concur at least in the value they set upon the trial by jury; or if there is any difference between them it consists of this: the former regard it as a valuable safeguard to liberty; the latter represent it as the very palladium of free government.”

Juries in England and America used jury nullification to acquit “guilty” defendants in effect sending a message to government that they rejected the harsh applications of capital punishment. This forced both countries to limit the death penalty to murder and treason.

The fugitive slave law of 1850 was enacted to mollify slave owners from the South who were threatening to secede from the Union since their slaves were illegally running away and the North was not doing enough to stop it. The law provided for stiff punishment for “criminals” who helped slaves escape.

In Syracuse, New York, 24 “criminals” were indicted for helping a slave escape from jail. A federal judge in Buffalo called the defendants “disturbers of society.” Four trials ended in three acquittals and compelled the government to drop the charges.

This was a bad omen for law enforcement zealots.

In 1851, a crowd broke into a Boston courtroom and grabbed a slave named Shadrach Minkins and turned him loose. The judge called the defendants’ actions  “beyond the scope of human reason.”

Because of these juries, a network of criminals called abolitionists organized knowing northern juries would not convict them. Things got worse. The Southern States seceded. The Civil War followed and then the Emancipation Proclamation. If northern juries had simply followed the law as the judge directed, African Americans might still be human property in accordance with federal law.

The right of men to settle their own affairs was also aided by the jury.

James Butler ‘Wild Bill’ Hickok and Davis Tutt engaged in a one-on-one pistol, quick draw duel on July 21, 1865 in Springfield, Missouri. Tutt was killed. Hickok was charged with manslaughter. Mutual combat was against the law.

Witnesses claimed both men fired. But it was a matter of honor. Had Hickok not fought, he would have been branded a coward and in the context of the times this was equivalent to banishment.

In effect it was self defense.

In 1920, the US?Constitution was amended to prohibit the sale of alcohol because a majority wished to impose their moral beliefs on the minority of citizens. The jury protected citizens from the tyranny of the majority. During Prohibition, juries nullified alcohol control laws about 60 percent of the time. The fact that most juries would not convict on alcohol control laws made the use of alcohol widespread throughout Prohibition. Jury resistance contributed to the adoption of the Twenty-first amendment repealing Prohibition.

Now it might be argued that the jury paralyzed the power of the majority, by vetoing prohibition through hung juries and nullification of the law.

But this is what juries are supposed to do: This is the crowning merit of trial by jury.

“It is this power of vetoing all partial and oppressive legislation, and of restricting the government to the maintenance of such laws as the whole, or substantially the whole, people are agreed in, that makes the trial by jury ‘the palladium of liberty.’ Without this power it would never have deserved that name,” wrote Lysander Spooner in his classic Trial By Jury.

“The will, or the pretended will, of the majority, is the last lurking place of tyranny… The dogma, that certain individuals and families have a divine appointment to govern the rest of mankind, is fast giving place to the one that the larger number have a right to govern the smaller; a dogma, which may, or may not, be less oppressive in its practical operation, but which certainly is no less false or tyrannical in principle…. Obviously there is nothing in the nature of majorities, that insures justice at their hands. They have the same passions as minorities, and they have no qualities whatever that should be expected to prevent them from practising the same tyranny as minorities, if they think it will be for their interest to do so…..

“There is no particle of truth in the notion that the majority have a right to rule, or to exercise arbitrary power over, the minority, simply because the former are more numerous than the latter. “

The right of a single juror to hang the jury is the ancient recognition of the right of the minority to veto laws and require consensus.

The right of one lamb on a jury with 11 wolves to hang the jury in a trial where the defendant is another lamb charged with not submitting to a law requiring him to be enjoyed for dinner by wolves is the very reason – the hung jury – why the jury is called a “palladium of liberty”.

Trial by jury protects the minority from the majority.

In the late 19th century, vigorous prosecution on “conspiracy” charges against criminals known as striking union workers was thwarted by jury acquittals and gave unions the right to organize, assemble, and go on strike.

As you can see, throughout history, government has not always been right. Some will say that these old laws were a product of a less evolved time and we no longer need jury nullification because the governments of today and of the future would never impose unjust laws.

This is nonsense of course and that there are plenty of laws today that impose tyranny on a minority (if not majority) of people.

The people however have lost sight of their duty to know their role in government: To vote in the jury box just as they vote in the ballot box.

Now you might think that since the jury brought us so many of our cherished freedoms, the government would want the true role and purpose of the jury taught to every child in every public school.

I wonder why that does not happen?