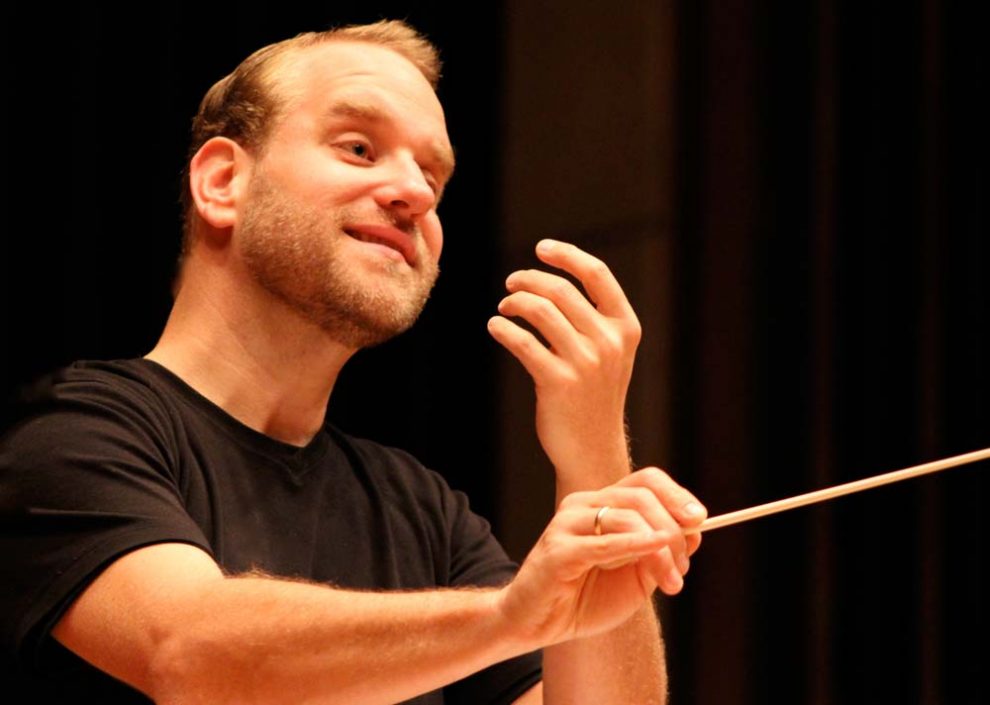 The BPO ended its very successful Classics Concert Series in Kleinhans Music Hall a few weeks ago with a visually thrilling, multi-media performance of Richard Strauss’ huge, final tone poem, “An Alpine Symphony”, a BPO debut of the work.

Not to worry though, classical music fans, as the BPO has a slew of outdoor concerts programmed for the month of July, all of which, with one exception, will be performed under the baton of its hard-working associate conductor, Stefan Sanders, and many of which will be free.

The first two events require tickets, and the action begins on Saturday July 2 at 8pm, when the BPO takes to the slopes of the Holliday Valley Ski Resort in Ellicottville. The program features popular music from films and television, including selections from scores by John Williams’ for Star Wars, Superman and Harry Potter, as well as the original TV Batman Theme and Danny Elfman’s theme music for the Batman film, along with the Game of Thrones theme. More traditional selections include Tchaikovsky’s 1812 Overture, Wagner’s Ride of the Valkyries and Rossini’s William Tell Overture. A fireworks show follows the concert.

The next day, Sunday July 3 finds the BPO back at Coca-Cola Field for their very popular traditional Independence Eve concert. The BPO takes the stage immediately following the game against the Wilkes-Barre RailRiders, which begins at 6:05pm. Besides several selections from Star Wars, Batman , Superman and Beauty and the Beast , as well as the 1812 Overture and the Olympic Fanfare and Theme, the program will include the Buffalo Philharmonic Chorus joining the BPO for America the Beautiful, the Battle Hymn of the Republic, Stars and Stripes Forever and the always moving Armed Forces Salute, honoring members of the armed forces, many of whom will be present. The post-concert fireworks display is always one of the most spectacular in the area.

The next six BPO events are all free concerts:
Thursday July 7 at 7pm at Knox Farm in East Aurora
Sunday July 10 at 7pm at Niawanda Park along the Niagara River in Tonawanda
Tuesday July 12 at 11:45am at M&T Plaza in Downtown Buffalo
Saturday July 16 at 7pm at Chestnut Ridge Park in Orchard Park
Tuesday July 19 at 7pm at Delaware Park in Buffalo
Wednesday July 20 at 7pm at Clarence Town Park

Besides many of the music and film selections mentioned above, most of the free concerts will also feature the Victory at Sea – Symphonic Scenario by Richard Rodgers. And, for the first time ever, the BPO will appear at Shakespeare in the Park on July 19, performing a Shakespearian inspired program. The orchestra will perform on the Festival’s brand new stage in celebration of both the world-wide celebrations of the 400th anniversary of Shakespeare’s death and the 40th anniversary season of Shakespeare in the Park, the longest running free Shakespeare festival in the country after that of New York City.

After an absence of several years, the BPO will finally return to Artpark for one concert on Sunday July 24 at 3pm, when its music director JoAnn Falletta, in her only local appearance of the summer season, will be on the podium for an all-Beethoven program featuring the “Egmont Overture”, the ever-popular “Symphony No. 5”, and the dynamic young Polish pianist Igor Lipinski as soloist in the “Concerto No. 2”. Tickets are required.

On Thursday July 28 at 8pm the BPO returns to Canalside in Buffalo, for “The Musical Genius of David Bowie”, the final free concert of the summer.

The BPO winds up its very busy month with a performance on Sunday July 31 at 8pm at Old Fort Niagara, featuring music from most of the film scores and TV shows mentioned earlier, as well as Tchaikovsky’s “Romeo and Juliet Overture”. Concert tickets include admission to the Fort, a fireworks show and Tchaikovsky’s “1812 Overture”, providing a dramatic conclusion to the summer season of music.