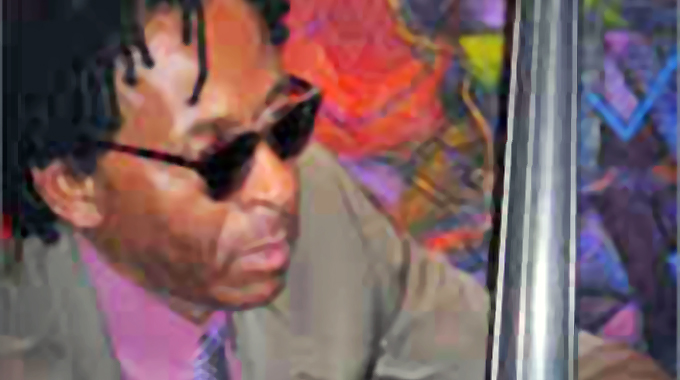 By Mike Hudson and Frank Parlato

Legendary jazz bassist and Buffalo native Arthur ‘Juini’ Booth will be program director for the Buffalo Institute for Improvised Music and Performance (BIFIMAP), for an event on Tuesday, July 12, starting at 7:30 pm.

It will be more than a performance. It is a gathering, open to all, who want to come join two extraordinary musicians, and learn, play with and study the art of improvisation.

Or come and simply listen.

“Come join and experience how to open up your creative flow,” Booth said, inviting musicians, young and old, to come to the event. “Take the challenge in improvising with others’ collective, creative energies!.”

Acoustic, electronic, and vocal/performance artists are welcome. So is the general public.

BIFIMAP is located in the Sugar City space at 1239 Niagara St. The gathering run from 730 to 1030 pm. For musicians who are starting out in the world of jazz, this is a seemingly tantalizing invitation. Perhaps a chance to learn, a chance to play with greats, perhaps a shot at stardom.

In addition to touring the world as a performer, Booth has lived variously in Los Angeles, Europe and New York City over the past half century. Now he is focused on teaching and performing in Buffalo, as well as continuing his recording and fulfilling touring dates around the world.

But Buffalo is his home. And he has many fond memories of the area.

“I got thrown out of every high school I ever went to, and it was all music related,” he said. “If they had study hall, I’d cut and be in the auditorium practicing. And then, when I was 15 and 16, I had to skip school every Friday to take the train to Rochester. I was in Chuck Mangione’s band then and he had a gig every Friday there.”

By the time he was 18, Booth joined jazz drum great Art Blakey, acknowledged today as one of the inventors of bebop.
Blakey was widely known for discovering young and talented musicians to add to his band, the Jazz Messengers, and Booth – being both young and hugely talented – fit the mold.

While Booth was too young to get into the Village Gate, Birdland and other New York Jazz clubs through the front entrance, the teenage Booth made his entrances through the stage door.

“I didn’t care. If I’d have had to grow a mustache, smoke a cigar, you know, I would,” he said, adding that music most likely saved him from becoming a juvenile delinquent, as did so many of the young men from his Buffalo neighborhood.

His discography and performance history reads like a who’s who of Jazz and a hall of fame of jazz recordings.

After 50 years spent traveling the world making music, the Buffalo legend came home. Modern technology has made living in cultural centers such as New York, Los Angeles and Paris less vital than in years past. Anywhere with a telephone, Internet and access to a major airport can sustain artists in 2016.

Consequently, living in Buffalo today is one of the greatest living jazz bassists. Booth is evidently willing to teach others, and bring along his friends to teach as well.

Also from Buffalo, and also joining Booth on July 12 is Charles Gayle. Galyle is a free jazz musician originally known as a saxophonist, who rose to fame in the late 1980s after decades of obscurity. Gayle also performs as pianist, bass clarinetist, bassist, and percussionist.

Gayle was homeless for approximately 20 years, playing saxophone on street corners and subway platforms around New York City. In 1988, he gained fame through a trio of albums – all recorded in one week – by a Swedish label, Silkheart Records. Since then he has become a major figure in free jazz, recording for labels including Black Saint, Knitting Factory Records, FMP, and Clean Feed. He also taught music at Bennington College.

Gayle described making a conscious decision to become homeless: “I had to shed my history, my life, everything had to stop right there, and if you live through this, good, and if you don’t, you don’t. I can’t do the rent, the odd jobs, the little rooms, scratchin’, and all that, no!” At the same time, this allowed Gayle to devote most of his time to playing music, although he often earned less than three dollars a day from busking.

“First of all, I played to play because I need to play,” he said. “Second of all, the money, a dollar meant a lot to me at that time. Playing out there is obviously different than playing on a stage but that is so rich out there. Also I had to eat some way and I’m not the type to put my hand out. I’d stand there playing with a coffee cup sometime and people would put money in my coffee and you don’t get that on the stage. That’s beautiful.”

On July 12th, at BIFIMAP, the evening will begin with demonstrative, narrative workshops with Booth, Gayle and other improvisers. The second part of the evening is for groups and performance artists to join in and participate.

“Buffalo Yo,” Booth calls out, “are you ready to open up?”

Hey, if nothing more, young artists, it may be chance to say, someday, maybe 50 years from now, “I was once onstage with Juini Booth and Charles Gayle, back in July, 2016…. 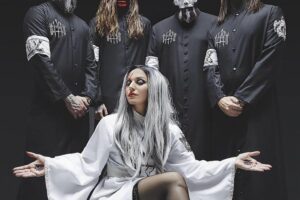 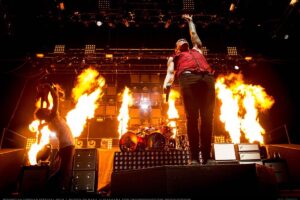 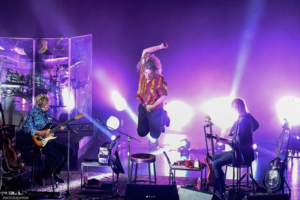