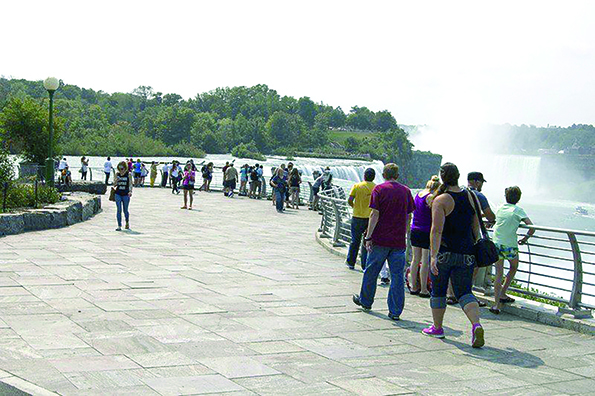 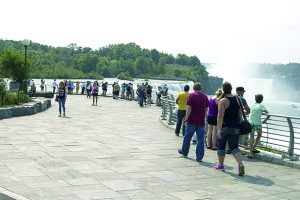 As the sultry summer weather settles in, investigations into alleged corrupt activities of the Cuomo administration are also heating up.

In addition, allegations of bid rigging have been made with respect to two construction projects located at opposite ends of New York State, one a college dormitory outside Albany that was summarily canceled after Schneiderman issued subpoenas in the case, and the other the nearly half billion dollar Riverbend/Solarcity factory complex being built by developer LP Ciminelli in south Buffalo, which is being looked at by Bharara. As first reported by Jim Heaney of Investigative Post, the original Solarcity RFP contained a clause requiring the successful firm to be based in Buffalo and to have been 50 years in business, effectively winnowing the field down to one bidder, Ciminelli.

Contractors bidding on the overall project were required to factor in prices based on the purchase of the pavers from Champlain Stone, at a cost of around $60 per square foot, far above the market rate of $20-$40 for similar quality granite.

“Someone is getting a free cottage on the lake for this one,” one local contractor observed at the time.

One of the operative terms, for example, called for “70 percent Hudson River blue, etc. …. with red and black garnet inclusions.” This describes a product available only through Champlain Stone.

Local companies like S.B.Z. & Galle Stone and William Stone have selections of granite that can be purchased at lower prices, and their $20 per square foot pavers are more or less identical, excepting slight shades of color, to the granite hand-selected for the project, according to several local contractors.

Unilock of Buffalo offers concrete pavers that mimic granite, surpassing it in durability and strength, costing only $10 per square foot.

In addition, while design specifications required a thickness of 3″, approximately one in twenty pavers laid so far in Niagara Falls State Park, having only been installed within the past year or two, now display noticeable cracks, as we reported here on May 24.

According to published records, at least one Champlain executive previously worked for the LA Group. But far more salient, the State Parks project manager directly responsible for procuring the pavers was an individual by the name of Stephen McCorkell. His imported Albany team displaced qualified local State Parks landscape architects, who were banished to basement offices next to the boiler room.

As Bharara and Schneiderman expand their inquiry into chronic and pervasive New York State political corruption, they should consider looking into possible bid rigging at Niagara Falls State Park. It’s not as if there aren’t sufficient smoking guns there.

Gov. Cuomo set aside all SEQRA public scoping in his rush to build a new Parks Police barracks on the Niagara Gorge, a new boatyard for hard-luck Maid of the Mist owner and campaign contributor James Glynn and, of course, there’s the Niagara Falls State Park Landscape Improvements plan with its massive environmental impacts.

Violations of both the federal Clean Water Act and the international Boundary Waters Treaty took place as favored contractors bulldozed and paved ever-enlarging roads, pavilions and parking lots on the former nature preserve.

Cuomo also set aside a $100 million higher offer from Hornblower Cruises to operate the boat tours than what Glynn offered and instead Cuomo finagled a way to keep the boat tours in the hands of Glynn.

Hornblower CEO Terry MacRae admitted to the Niagara Falls Reporter that neither he nor his company had contributed to Cuomo’s campaign.

The brazenness and disregard for public process that characterize Gov. Cuomo’s various programs like “NY Parks 2020”, “NY Works” and “Buffalo Billion”, and the Maid of the Mist contract, as they impact Niagara Falls, bear closer scrutiny.

Click here to post a comment
War is the Health of the State: An argument for The impeachment of Obama and Hillary
This week in stupid crime: