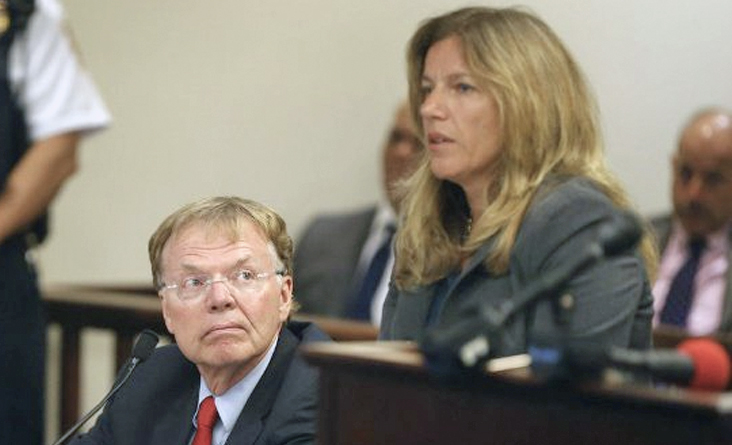 Carrie Cohen was a big-time prosecutor with corruption-fighting U. S. Attorney Preet Bharara in the Southern District of New York and before that, with the State Attorney General’s office.  But she left it all behind a few months ago to return to possibly greener financial pastures in private practice with the New York firm of Morrison & Foerster where she once worked as an associate.

Well, Cohen’s first high-profile defense case could hardly be called a win compared to her Shelly Silver days as she represented then-State Supreme Court Justice John Michalek last month as he pleaded guilty to two bribery-related felony counts in the long-running investigation of political operative Steve Pigeon who was indicted the next day.

So how did the former big-time federal prosecutor wind up in a Buffalo courtroom last month taking a guilty plea with her client, a sitting judge?  I asked one of Buffalo’s leading defense attorneys, Joel Daniels, who had been representing Michalek, how Cohen came into the picture.

“I was surprised when I received a call from the New York lawyer and we had a conversation,” said Daniels.  “She said ‘I’ve been retained [on Michalek].’  I asked her if she was going to come here and try the case, and she said, ‘that’s what I do.  I try cases.’”

We now know of course that’s not what she did.  Legal sources say she wound up taking a deal that had been on the table for some time, one that would let Michalek plead guilty and possibly spare him jail if he cooperated in the case against Pigeon, the original target of the probe by Attorney General Eric Schneiderman.  And Michalek borrowed $20,000 to retain Cohen and get the deal  that was already pretty much there, according to informed sources.

One legal source said Michalek didn’t need a Fifth Avenue lawyer to take the deal, he could have done just as well by flipping through the Yellow Pages and finding a lawyer closer to home.   Legal sources speculate that Michalek went to Fifth Avenue because of Cohen’s possible influence in the attorney general’s office that might help him get a better deal.  It now appears he got the same deal that had been available for some time.

“My advice to the judge [Michalek] was not to take a plea, but to try the case,” said Daniels.  “I was not in favor of cooperation and I told him to man up.”  Michalek didn’t take Daniels’ legal advice, hired the Fifth Avenue lawyer, and is now expected to be a key witness against Pigeon at trial in order to keep himself from going to jail on his guilty pleas.  As we have previously reported, sources say Michalek faced possible federal charges if he didn’t go along with a deal where he would cooperate against Pigeon, something Daniels recommended he not do.

If the case against Pigeon eventually goes to trial, Michalek will likely face a very tough cross-examination by Pigeon’s lawyer, Paul Cambria, and he will surely be grilled on why he became a witness.  Cohen may be there representing him, in a Buffalo courtroom, far from her Fifth Avenue base and her fame as one of Preet Bharara’s top legal guns.  Welcome to Buffalo, Ms. Cohen.