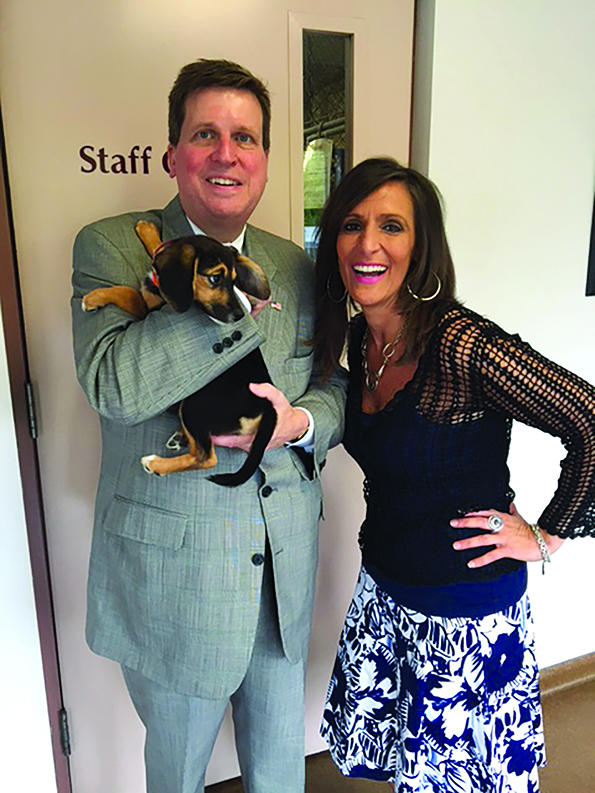 The race for Erie County District Attorney is a real political donnybrook as we all know, as Democrats under Chairman Jeremy Zellner endorsed Tonawanda Town Attorney John Flynn for DA over another Democrat who happens to be the acting district attorney, Michael Flaherty.

But the Flaherty campaign took off the gloves this week and slammed Zellner for what they claim is the “height of hypocrisy” in published remarks for attacking Flaherty for using some of the same paid canvassers to circulate petitions that indicted political operative Steve Pigeon once used in support of past Flynn candidacies.

“Jeremy Zellner trying to smear the acting district attorney while remaining silent with respect to his preferred candidates is the height of hypocrisy. Where were the party bosses when John Flynn was courting Steve Pigeon during his many previous campaigns? Will the party bosses slam every one of their preferred candidates who has received support from Pigeon? If not, why not?”

The Flaherty campaign said in a statement that Flynn has run for eight offices in 10 years— seeking and receiving the support of Pigeon in those past campaigns—and adding that a number of Democratic (ECDC) headquartersbacked candidates and officials have received support from Pigeon in the past and that Pigeon’s political operation has received funding from ECDC-backed candidates.

In addition, Pigeon’s Western New York Progressive Caucus received funding from ECDCbacked candidate Tim Kennedy to the tune of $85,000, according to the statement issued by the Flaherty campaign.

Zellner could not be reached for comment (Democratic delegate to convention) and Flynn declined to comment, saying Zellner can speak for himself.
Quinn Pushing for Extension as ECC President

Word is circulating these days that Erie Community College President Jack Quinn is pushing the Board of Trustees for a three-year extension to lead the college when his current contract expires next April. We reported a few weeks ago that Quinn was planning to seek an extension, and now that appears to be the case. He got a new deal three years ago after quietly seeking the job–without informing many of the ECC board members– as president and CEO of the Buffalo Niagara Partnership, but lost out to Dottie-Gallagher Cohen.

And this is the same Jack Quinn who we have reported on numerous occasions spends significant time on outside—and out of town– assignments including some that pay him quite handsomely, and the same Jack Quinn who was leading ECC when the state comptroller issued a scathing audit report last January that cited the college for lax financial management under Quinn who is paid $192,5000, one of the top paying public jobs in the area.

But it seems true that no matter how bad things have gotten financially at ECC, and the very critical state audit report, Quinn will likely get another extension and sources say he better secure it quickly because the incoming class is now expected to be smaller than projected, meaning less money for a college that is already in serious financial trouble and has had to continually raise tuition and raid reserve funds to stay afloat.

Quinn has often been accused by insiders of giving high-paying plum positions to well-connected associates even as the college sinks further into the red ink muck. And we hear that a local State Supreme Court judge—a Republican like Quinn– is pushing Quinn to give his daughter a jump in pay grade from 9 to 12, a very significant hike and coming at a time when former State Supreme Court Judge John Michalek has pleaded guilty to bribery related charges that include seeking help in getting his son a government job. Quinn
should tread carefully as the word is out and many are watching.

Amber Small, the community activist and endorsed Democratic candidate for the 60th District State Senate seat, raised eyebrows last week when her first financial filings revealed she has somehow put together over $100,000 to take her campaign to the public, and now she is taking aim at dirty water.

Appearing at Hoyt Lake on Sunday, she announced her “Cutting the Crap” plan, offering her ideas on ways to cleanup waterways and sewers throughout Western New York.

It was a timely release, given all the concerns about water as a result of the recent county water main breaks and concerns over the safety of the water coming out of faucets.

“Cleaning up Albany has been a pillar of my campaign, but we also need to make sure we are cleaning up things here at home as well. It is uncomfortable for us to admit that the beach closings and the contaminants in our waterways that we experience on a regular basis are in large part from human sewage,” Small said, saying she is offering a plan with real solutions.

Small’s solutions include “recommending an amendment to the New York State Smart Growth law to mandate analysis on sewer infrastructure; creating short term sites such as retention ponds and additional basins to keep excess sewage out of our drinking water; and developing a financial mechanism for communities struggling with overflow spills to assist in financing new sewer systems.”

Now Small may be a longshot at best against her likely opponent, Republican Chris Jacobs, he of the billionaire Jacobs family. But while Jacobs has boatloads of money ($450,000 on file), he has been pretty much silent on the issues in the 60th District and the state, apparently comfortable that he will be able to easily buy the seat in November. That may well be the case, but Small apparently isn’t going away and she is working hard to reach voters with her plans for what she would do in Albany. Her “Cut the Crap” plan is her latest push, and it certainly seems long overdue given the growing concerns over broken water pipes and contaminated waterways. Hopefully, somebody is paying attention and Albany will pass laws to address the concerns that many people have and that Small has now made a part of her campaign agenda.