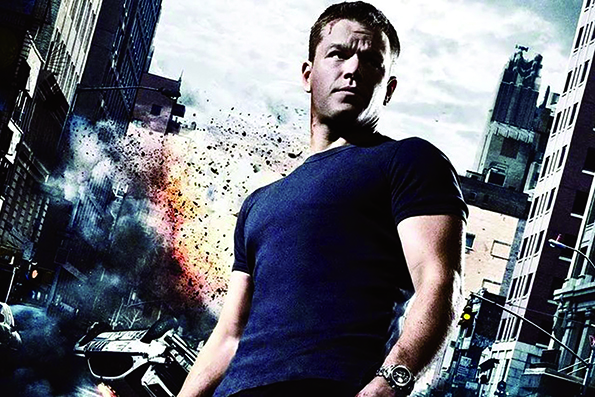 Matt Damon is a fine actor and the fifth installment of his Bourne film series, “Jason Bourne,” is a two-hour plus, nonstop series of fistfights, explosions, car chases and shootings held together by a fairly thin plot you hardly even notice in the midst of all the mayhem.

For those who haven’t seen any of the movies, Damon plays Bourne, a former CIA assassin and psychogenic amnesiac in search of his true identity while fending off a seemingly endless parade of sinister foreign types, underworld figures and former colleagues bent on his destruction.

The film begins with Bourne making his living in the Albanian border country, making a living as an itinerant fighter, traveling from one refugee camp to the next and suffering from flashbacks of all the people he’d killed while working for the American government.

He is contacted by his love interest from 2007’s “The Bourne Ultimatum,” a computer hacker played by Julia Stiles, who has managed to break into the CIA’s mainframe and discover his true identity and some clues about how he got to be who he is.

They meet and she gets murdered, but not before giving him a zip drive containing the information.

Then it’s off to the races. There’s hardly a glamorous European capitol that doesn’t serve as the backdrop for some violent business, as Bourne needs to get the encrypted contents on the drive decoded and run other errands.

He discovers his real name and finds out that his own father, whose assassination by Arab terrorists in Beirut he witnessed as a young man, was a top CIA planner who had come up with the program that Bourne had been subjected to, one which – through the use of brainwashing and other psychological methods – turns ordinary soldiers into killing machines.

Unbeknownst to him, however, a bug placed in the downloaded files allows the sinister CIA Director, played creepily by Tommy Lee Jones, track his every move. Hit teams are sent out again and again, only to be killed.

After reading through the Bourne files, a young CIA computer expert, played fetchingly by Alicia Vikander, discovers that as part of the psychological conditioning he received, the idea that he actually needed to serve in the CIA to live had been implanted, along with other stuff like not feeling any guilt and being oblivious to physical pain.

She reasons that, if given the opportunity, Bourne would actually return to the agency. The director gives her the go ahead to test her theory, but secretly sends out assassins to kill Bourne when she brings him in from out of the cold.

All of this is loosely based on the Robert Ludlum espionage novel “The Bourne Identity,”

The thriller was directed by Paul Greengrass and written by Greengrass and its editor, Christopher Rouse. Together, they have made a he-man action epic that has no sex, no off color language and manages, despite the violence, to get a PG-13 rating.

I was invited to attend an advance screening of this at the NBC-Universal compound in Brubank. The theater was packed with fans who knew what to expect, and no one left disappointed.

It’s A Bird! It’s A Plane! No, It’s the Nickel City Comic Convention!
Theater On the Boards presented by Irish Classical Theatre Company