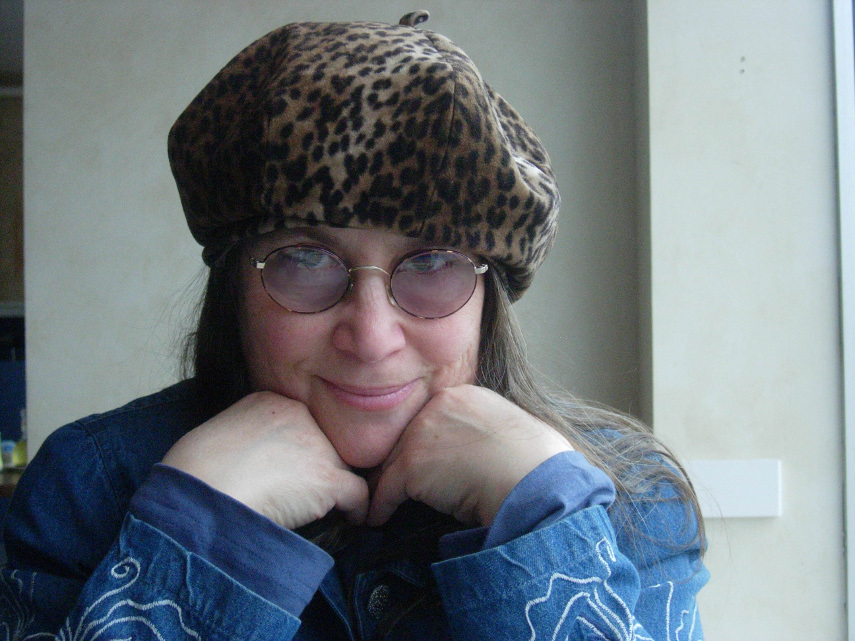 all day you brazenly sunbathe
you cajole me to do so
i am shy, i avoid
many naps feed me
many stars whisper
it’s time
it’s time
come out, pale one
until i open myself
to the moon
and bask
Ryki Zuckerman is a poet, editor, teacher, artist, and literary event coordinator. Her full-length book of poetry, Looking for Bora Bora, was published in April 2013 by Saddle Road Press. In 2015 two chapbooks of her poetry were published: the nothing that is (Benevolent Bird Press) and a bright nowhere (Foothills Publishing).  Her earlier chapbook, body of the work, was from Textile Bridge Press. She is a co-editor of Earth’s Daughters, the longest continuously published feminist literary arts periodical in the United States. For Earth’s Daughters, ryki curated and hosted the Gray Hair Reading Series, which is co-sponsored by Hallwalls Contemporary Arts Center and by Just Buffalo Literary Center, in Buffalo, NY. (and which, in 2015, in its ninth season, tenth year, was partly funded by the New York State Council on the Arts by a grant administered by Arts Services Initiative of Western New York.)  In addition, she curated and hosted Wordflight at Red Doors Series at Parkside Lutheran Church, Stowell Lounge, co-sponsored by Just Buffalo Literary Center.