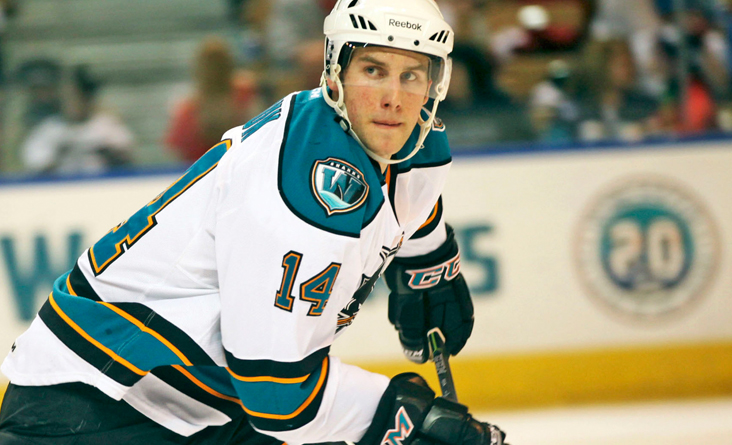 “Sabres University” is on display right here and right now

This is the roster of Sabres prospects who have seen time in a Buffalo uniform this season, which is barely six weeks old, thanks to horrific spate of injuries which the team has had to endure so far. Some have had several callups and subsequent returns to Rochester, as Coach Dan Bylsma desperately tries to plug holes and tweak his roster while keeping the skids from completely falling off.

It hasn’t been easy – the Sabres lost Jack Eichel before the first puck was even dropped to begin the season. Evander Kane has lost time and hasn’t been himself since returning. Ryan O’Reilly is slotted to be one of the leading scorers on the team and he is on the shelf. Tyler Ennis has a groin injury. Defensemen Dmitry Kulikov and Zach Bogosian are sidelined.

And the regulars who remain simply haven’t stepped up. Forwards such as Zemgus Girgensens and Sam Reinhart have dished up performances that are almost Leinoesque.

It has all translated into a six game losing streak, which was finally snapped last Saturday.  During that streak the team managed to get only two points, and at one time was dead last in the Eastern Conference. And while the team is still within striking distance of a playoff slot even while standings watching at this early point, right now things are looking bleak.

This past week saw a low point and then a high point over a Key Bank Center. Last Thursday the Tampa Bay Lightning came to town, and the Sabres turned out one of their most sorry and listless performances all season, losing 4-1. The crowd was humbled and quieted early on, and by the time the final buzzer sounded the arena seating bowl was pretty much empty.

Two nights later, the Stanley Cup champions Pittsburgh Penguins came to town, accompanied by several thousand of their full throated fans who made the weekend trip to our city. In a game that Buffalo desperately needed to have just to stem the bleeding and inspire some renewed confidence on the team, the Sabres came up big. It was William Carrier getting his first NHL goal. It was Taylor Fedun earning second star honors. It was Cal O’Reilly, Ryan’s brother, netting the lone shootout goal. It was goaltender Anders Nilsson stopping 46 of 47 shots and all three shootout attempts, against the formidable tandem of Sidney Crosby, Evgeny Malkin and Kris Letang.

A beaming Dan Bylsma, who notched his first Sabres win against the team he used to coach and once led to a Stanley Cup, could barely contain his glee on the outcome that his team so desperately needed to have. “It doesn’t really matter at this point who it’s against, but against one of the better teams if not the best in the league.  We finally figured out a shootout and won the shootout.

Cal O’Reilly’s dramatic shootout goal came from the unlikeliest of directions. O’Reilly had just been promoted to Buffalo earlier that day. “We put people in situations where they are most likely to be successful,” said Bylsma. He had a hunch that O’Reilly would be the guy to put one past goaltender Marc Andre Fleury, after the first two misfired. Said O’Reilly, “I didn’t know I’d be up to take the shot until I was tapped on the shoulder and sent out there.”

Taylor Fedun’s promotion to Buffalo was unexpected. The Ukrainian-Canadian who hails from Edmonton came to the Sabres via free agency this past summer, and was not slotted for any time with the big club this season. But with all the injuries and prospects such as Justin Bailey and Evan Rodrigues looking so disappointing, Fedun is here in Buffalo, and has been impressive. “It was all a bit of a whirlwind getting the callup, but I had a good chance to get focused and get ready. It was pretty exciting, since I never had a chance to play in any of the exhibition games, so just throwing on the jersey and getting out there was great.”

Fedun sees a lot of promise within the organization. “They’re cultivating a great culture down in Rochester, and fans need to be patient, because that is going to translate to big things down the road,” said Fedun. At this point Fedun isn’t looking too far ahead as to his stay in Buffalo. “It’s day to day with all the injuries they’ve had, we’ll have to see what happens.”

Back in the day, former coach Lindy Ruff’s stock line when a player succumbed to injury was “This creates an opportunity for someone else to step up”.  Many of the minor league players have not seized that opportunity. But perhaps players like Fedun, O’Reilly and WNY’er Cole Schnieder might be the ones to help this team out of their current down cycle.

Over a year ago came the big announcement that the IIHF World Juniors are coming to Buffalo in 2017-2018. This came on the heels of the city obtaining new funding to continue reconstruction of Main Street with cars returning to lower Main Street. A year has passed and there has been no movement on design, announcement of contractor or beginning of work.

Nothing will make worse optics, in person and on television, than forcing our visitors from around the world to climb through barriers and mud pits and construction sites as they make their way to the arena next winter.

More fail by the public agencies overseeing the rebirth and bailout of Canalside. Should we really be surprised?