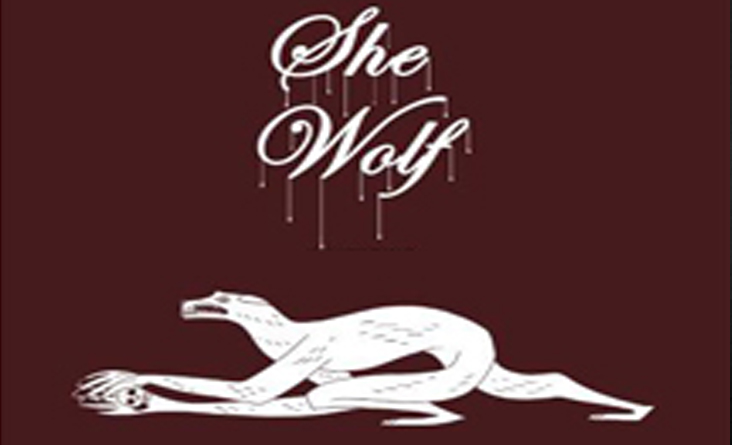 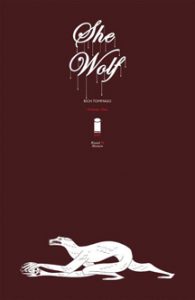 By Rich Tommaso (Author and Illustrator)

Before this, I’d never wondered if someone can be a lycanthrope and have lycanthropy (the mental condition) at the same time. Gabby Catella, a Satan-worshipping young woman who might have gotten a bit too involved with the supernatural, becomes convinced that she was bitten by — and therefore has become — a werewolf. She begins to have strange nightmares that seem to bleed into the real world, and she wonders just how sane she truly is. She sees demons whispering words of malice and feels herself turn into a werewolf before everyone’s eyes, but nobody seems to notice. That is, until a girl named Nikki confronts her. Why does Nikki decide to help? Well, as she puts it, she’s “the other thing with fangs.” This graphic novel genuinely had me questioning what was real and what was a delusion, and I’m still not too sure that Gabby was sane to begin with. This seems to be Tommaso’s goal, as even the art style is disorienting, with werewolves’ bodies contorting like a snake’s and vampires resembling bats more than humans when transforming. I’m honestly not too sure what I think about this story, but it certainly was … interesting. 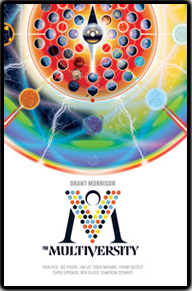 In reading The Multiversity, I might have become an unwitting slave to an omnipresent sentient virus that infects people through comic books. If you know Grant Morrison’s work, then you already know that The Multiversity series is … something very different. Take what you know about Crisis on Infinite Earths. Now, add every other comic book in your house, plus manga, and dump all of them into that story line. NOW you have the slightest idea of what’s going on. As multiple universes are suddenly host to extraordinary events, heroes are yanked from the various realities to try to restore order to the entire multiverse before all of them fall to malevolent forces. Some of the characters have been able to connect the strange suicides and sudden destroyed paradises to the Ultra Comics series that has been rumored to be cursed, and now it’s time to face the threat. Get ready for all the dimension-hopping and even a chibi Justice League. And Captain Carrot. And a Nazi Superman. And Thunderworld. And an obvious Marvel universe parody. I’d suggest this series without a second thought if I could be absolutely sure it was me talking –

ON THE BOARDS: What’s Playing on Area Stages
NEWS OF THE WIERD