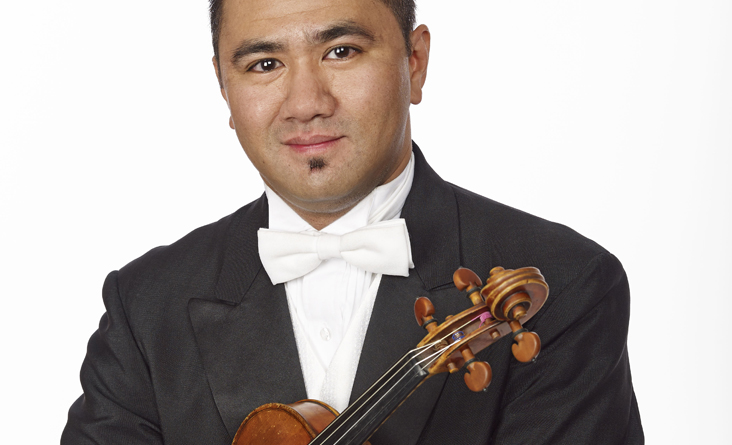 If you love classical Christmas music, and there is absolutely no doubt that very many classical music lovers do, by the time you read this article you already will  have had the opportunity to hear at least a couple of local, live performances of Handel’s Messiah, as well as more than a few other concerts devoted to Christmas vocal music, both popular and serious. However, if you are like me, and many others, you might just appreciate a respite right about now, before the Holiday music juggernaut continues on its irresistible path to December 25, and beyond.

Luckily for us, the Camerata di Sant’Antonio will be performing this Sunday evening, December 11, at 7pm at St. Benedict’s Church, 1317 Eggert Road at the corner of Main Street. The Camerata has gained an enviable reputation in his decade-plus history, of either locally premiering new works for chamber orchestra, or resurrecting works that have somehow become woefully neglected. Living up to that proud tradition, the Camerata will offer the area premiere of Latvian composer P?teris Vasks’ Second Concerto for violin and string orchestra, Vientu?ais e??elis (Lonely Angel), featuring the wonderfully gifted Antoine Lefebvre, the principal second violin of the Buffalo Philharmonic Orchestra as soloist. Lefebvre, who has appeared all too rarely as a soloist locally, demonstrated just the kind of chops that he has when he gave a riveting performance of Tartini’s fiendishly difficult Devil’s Trill Sonata at the Roycroft Chamber Music Festival last year.

The Second Concerto had its premiere in 2006 in Riva, the capital of Latvia, in a concert that featured Lithuanian violinist Gidon Kremer as soloist and conductor with the Kremerata Baltica. Originally written in 1996 and subtitled Meditation for Violin and String Orchestra, the contemplative nature of Lonely Angel has been described as carrying the listener away to another realm with its wide-ranging melodic writing. The composer has offered his very personal vision for the piece: “I saw an angel, flying over the world; the angel looks at the world’s condition with grieving eyes, but an almost imperceptible, loving touch of the angel’s wings brings comfort and healing. This piece is my music after the pain”.

While Vasks, born in 1946, was very much influenced by the Polish composers Witold Lutos?awski and Krzysztof Penderecki, who incidentally just concluded a very successful residency with the BPO and the Buffalo Chamber Players, along with the now somewhat overlooked, but highly original American composer George Crumb, he managed to find his own, very effective voice. The Lithuanian violinist Gidon Kremer has been a tireless proponent of his Baltic colleague, helping him to gain the international recognition that his music so richly deserves. The BPO has never performed a composition by Vasks nor, apparently, has any group at UB, so this performance may very well be the first of any of the composer’s works in Western New York.

Also on the program, BPO bass player Edmund Gnekow will be the soloist in Bottesini’s Elegy and Tarantella. A performance by the Italian composer of this work in Boston in 1885 evoked this review in the Boston Athenaeum: “Bottesini played his own Elegy and Tarantella, producing the usual enthusiasm by his marvelous manipulation of his unwieldy instrument. The pieces are of comparatively small musical value, but are most effectively written for the double-bass, though probably nobody but the composer would attempt them”. Anyone who has heard Gnekow perform this work previously would have to take issue with this rather shortsighted review.

Mendelssohn’s Sinfonia No. 9 in C for Strings, “The Swiss”, a work full of beautiful melodies and Bach-like fugues is also on the program. This work was on the very first program of the Camerata, when it was inaugurated on the feast of St. Anthony on June 13, 1999. And, so as not to exclude the Christmas spirit entirely, the program concludes with the talented and popular soprano Colleen Marcello singing a medley of 1940s and 1950s Christmas hits from great Hollywood films, followed by a special encore.

Tickets available at the door: $18.

On Tuesday December 16, the Buffalo Chamber Music Society will host a return visit of the Brentano Quartet in the Mary Seaton Room of Kleinhans Music Hall at 8pm. Always welcomed guests on this venerable series, it comes as something of a shock to realize that the string quartet will be celebrating their 25th anniversary next year. The group has been praised for its “luxuriously warm sound and yearning lyricism” by the New York Times, while the Philadelphia Enquirer noted the quartet’s “seemingly infallible instincts for finding the center of gravity in every phrase and musical gesture”.

The members of the Brentano will perform two gems of the 19th century string quartet repertoire, Mendelssohn’s Quartet in E minor, Op. 44, No. 2, and Dvorak’s String Quartet No. 11 in C major, Op. 61. The quartet will also offer the Buffalo premiere of a new work written for them by the American composer Stephen Hartke. A pre-concert talk with the artists will be hosted by WNED-FM’s Peter Hall at 7:15pm.

Music: Another Perfect Gift
A Night of Dance, Soul with Fitz & the Tantrums