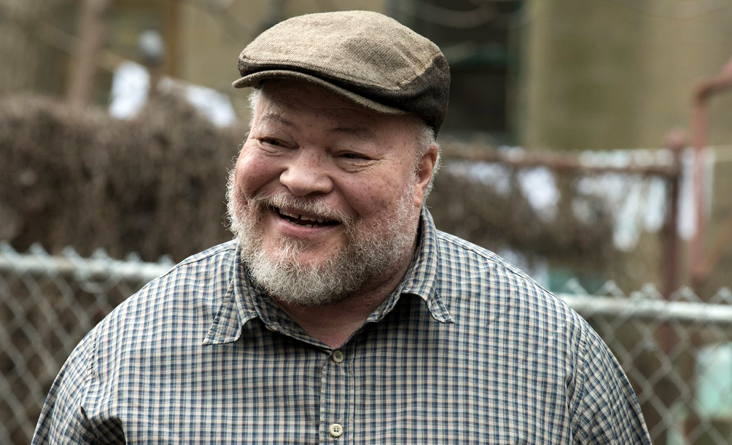 For many Buffalonians, the pleasure of seeing August Wilson’s play, Fences, adapted to the screen, will surely be enhanced by seeing actor Stephen McKinley Henderson as Bono, the best friend of the main character, played by Denzel Washington. Frankly, Henderson’s performance will be a pleasure for movie goers everywhere.  In Fences, Henderson reprises his Tony Award nominated role from the 2010 Broadway production.  The actor, familiar for his roles in film, on television, and on the Broadway stage, is known locally for his years on the faculty of UB’s Department of Theatre and Dance. He retired just last year. At a preview screening this week at the Amherst Cinemas, the decidedly supportive audience burst into applause upon hearing Henderson’s off-screen voice speaking the very first words of the film.

In addition to the talents of Denzel Washington, who also directed the film, Fences features Viola Davis.  Both actors reprise the Broadway portrayals that won them Tony Awards in 2010.  The film is lovingly faithful to the Broadway script and was lusciously filmed in the Hill District of Pittsburgh, where the story is set.  This is homage to the poetic genius of playwright August Wilson.

The playwright completed his “Pittsburgh Cycle” of ten plays chronicling the African American experience of the 20th century, with one play set in each decade of the century, before he died in 2005 at the age of 60. Fences, the play representing the 1950s, was hailed as a classic from the moment it first opened on Broadway in 1987 in a production starring James Earl Jones, Mary Alice, and young Courtney B. Vance.

Since its debut, 30 years ago, the play has been performed throughout the nation. In addition to the original Broadway production and the 2010 revival, I have also seen the 2006 Pasadena Playhouse production in California, starring Laurence Fishburne and Angela Bassett, and a 1992 production at Buffalo’s Studio Arena Theatre, in which Stephen McKinley Henderson starred as the main character, troubled Troy Maxson.

Conceived as a kind of African American reinterpretation of Arthur Miller’s Death of a Salesman, in Fences Troy does not so much feel betrayed by the loss of the American Dream, as he feels embittered by having been cut off from any access to that dream, as a consequence of his race.  The character had been a titan of the Negro Baseball League, but one who arrived too soon to see African Americans enter the major leagues.  As Fences begins, he is in a battle with his employer, a Pittsburgh sanitation company, over the injustice that they only employ white drivers, relegating African Americans, himself and Bono included, to ride on the backs of the trucks, hoisting trash cans.

Unlike Willy Loman, Troy prevails in his labor dispute, a victory that only serves to remind him of life’s larger battles, in which he has not even been allowed to compete.  Not only is he embittered, he is jealous and suspicious of those younger than he, who have benefitted from the first glimmers of Civil Rights – sadly, including his own son. The drama that unfolds involves the triangle between Troy, his wife, and his son, complicated by his deep felt sense of lack.

The greatest triumph of the film, in addition to its celebration of the achingly expressive poetry of Wilson’s language, is the preservation of three astonishing Broadway performances for all posterity.  At Oscar time, thanks to this one film, we can rest assured that we will not have a repeat of last year’s “White Only” nominations.

It is actually rare for a Hollywood film to preserve so many Broadway performances.  While Marlon Brando famously reprised his portrayal of Stanley in A Streetcar Named Desire, opposite Kim Hunter’s Stella, Hollywood traded Vivien Leigh for Jessica Tandy as Blanche.  For Who’s Afraid of Virginia Woolf, Arthur Hill and Uta Hagen were replaced by Richard Burton and Elizabeth Taylor. Still, these were great films.

While Denzel Washington’s direction and August Wilson’s screenplay give the film of Fences a decidedly “staged” quality, the result also ensures that this film will be a classic. The immediate box office might be limited by the decision to preserve so much talk and exposition.  We never see the offstage characters, as the film could easily have done.  We do not get flashbacks to Troy’s youth, or scenes of his son on the football field.  We do not see Troy’s flirtations with the “other woman.”  Instead we get talk aplenty. But oh, what talk!

The film can arguably be praised for capturing the sense of confinement that it so much a part of the play.  The symbolic baseball, tied to a piece of rope on a tree, is featured in numerous close-ups.  With this tethered ball, Troy can practice his swing, hitting a ball that will never get out of the yard, much less the park.  The film is similarly confined, for the most part, to that same house and yard, a reality that is mirrored in the symbolic building of a fence around that yard.  We are often reminded that a fence serves a double function – fencing in, and fencing out.  The film is, after call, called Fences.