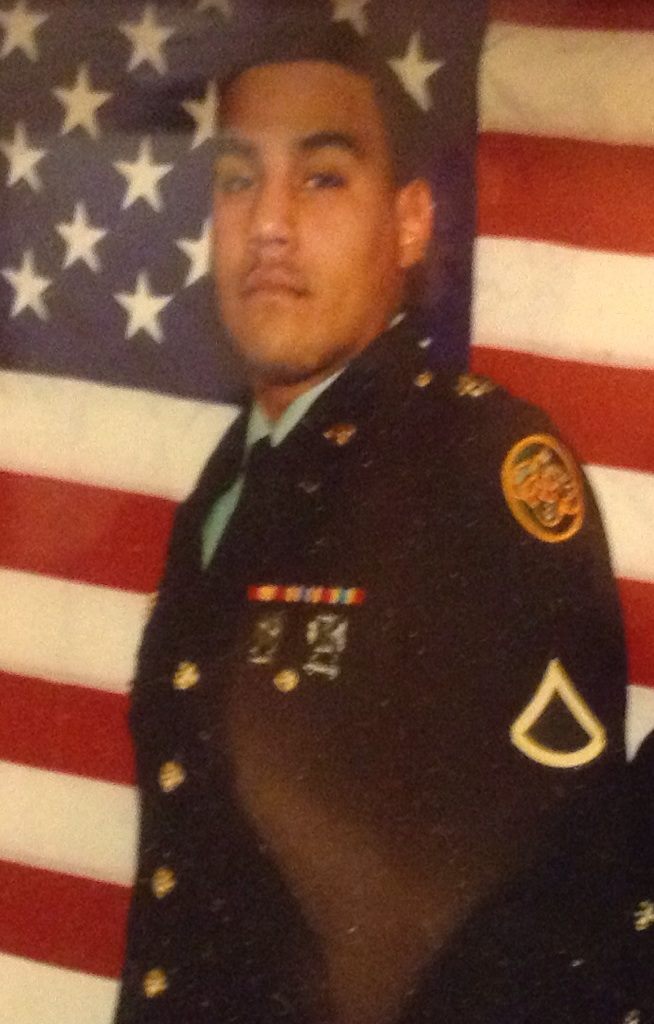 As we reported last week, a December, 20, 2016 raid by Buffalo Narcotics Police on the Ulman St. home of retired Army Sergeant FC, Gary Aljoe ended up with police finding no drugs and killing his German Shepherd, Sarge.

It is eerily reminiscent of a June 3, 2013 raid by Buffalo Narcotics Police on the Breckenridge St. home of Iraqi War combat veteran, Sgt. Adam Arroyo, which ended up with police finding no drugs and killing Arroyo’s  2-year-old pit bull, Cindy.

In Sgt. Aljoe’s case, police say they relied on information from a “snitch” who claimed heroin and marijuana were sold in the house. The snitch didn’t know the name of the drug dealer, nor could he describe his age, height, weight, or his race – something that should have given them pause.

But they came on a morning when Sgt. Aljoe was home with his dog, ordered the 37-year Army veteran to the floor and shot his dog in the head.

It was a wrong house raid.

In the case of Adam Arroyo’s case, police read his address wrong. They meant to raid the upstairs front apartment at 304 Breckenridge St, but they became confused and raided the rear apartment. Busting down Arroyo’s door, they found that he was not at home. His dog Cindy, a pit bull, was tethered to the sink in the kitchen.

Detective Joseph Cook, accompanied by a SWAT team of police, chose to stand beyond the length of tether and shoot Cindy, as opposed to wasting the time it would take to get animal control into the house and place the dog in a kennel.

After Cindy was shot, animal control arrived and unloosened her from her bloodied leash. The impact of the bullet had thrown the dog, and it had become entangled around her neck.  They were inconvenienced as they unwound her leash and untethered her, removing her carcass in a body bag.

Without realizing it was not the apartment named on the search warrant, police were inconvenienced as they ransacked the apartment. Blood from the dog got on their boots and, despite wiping it off on the carpet, they spread it all over the apartment. Some of it stuck like plague to their boots.

While police did not find the drugs for which they had come, they found a Black Hawk military knife given to Arroyo by his father upon his son’s safe return from Iraq, and took at as bounty, along with a BB gun.

As it was inconveniently in the way, they broke Arroyo’s Play Station, which had provided him with a measure of fun until then.

When they left, the door was open – for it was broken – waiting for Arroyo to come home, find blood, no dog, and a curious sick feeling in the pit of his stomach comparable to how he felt at times in the war fields of Iraq, amid the rattle of grenades and bullets, as he lay on the side of the road, hidden in reeds, whispering into a radio.

As for the SWAT team of police, back at the station, taking paramilitary gear off, the blood now dried on their boots was an inconvenient reminder of a raid and someone’s stupid dog.

Det. Cook could not be blamed if he failed to remember. He had killed hundreds of dogs. Setting some kind of record worthy of Lou Gehrig or DiMaggio for police, he out-killed the entire New York City Police Department during one three-year stretch where out of the 26 dogs he aimed at and pulled a trigger, he shot 25 dead.

Sgt. Arroyo, for his part, filed a lawsuit in federal court. His lawyer, Matthew Albert, who is handling Sgt. Aljoe’s coming lawsuit, and a dozen others where police killed someone’s dog on a wrong house raid, has emerged as the premier lawyer for people whose homes have been busted into by Buffalo Police in wrong house raids.

Albert argues that his client’s Fourth & Fourteenth Amendment were violated and that the Buffalo Police have “an obvious need for training of its officers both in the laws pertaining to unlawful seizures, in the art of de-escalation, and in how to avoid conflict and especially lethal conflict when dealing with canines.”

Albert wrote in court filings that, “(T)he sociopathic number of canine shootings by Detective Cook reflect … sociopathy and animal torture.” Shooting Cindy, tethered to the sink was a “heinous and deplorable” act against “a law abiding soldier and pillar of the community …. more shocking to the conscience than just about anything one can imagine when considering the conduct of government and its officials.”

The City had an answer to the claims. The record shows, (case l:15-cv-00753-RJA-LGF in The US District Court in the Western District of NY; Arroyo versus the City of Buffalo, Timothy Ball for the defense); that they might just make Arroyo pay the city because his lawsuit has no merit whatsoever.

The “alleged killing of the dog in question here” was not unreasonable, Ball said in court filings. “(I)t is reasonable for an officer to shoot a dog that he believes poses a threat to his safety or the safety of the community.”

Taking a page from a Dickens’ lawyer, Ball said Arroyo wasn’t home when the dog was killed. Cindy might have slipped off her tether, if there even was a tether. Arroyo has “no firsthand knowledge that ‘Cindy was on her own property’ and ‘presented no imminent threat’.

Cindy might have been at the throat of Det. Cook. We have only the good word of the officers for what happened. “(B)ased on the totality of circumstances,” lawyer Ball concluded, “… the alleged killing of the dog was… reasonable.”

Sgt. Adam Arroyo served in the US Army from 2005 until 2010. For 15-months, he served in Iraq and was awarded the combat action badge given to those who engaged with the enemy.

On the outskirts of some village in the Western Desert, amid mortar rounds, and mines, and rocket-propelled grenades, and sniper rifles fired, Arroyo did not know that in his homeland, the enemies of freedom would think nothing of that.