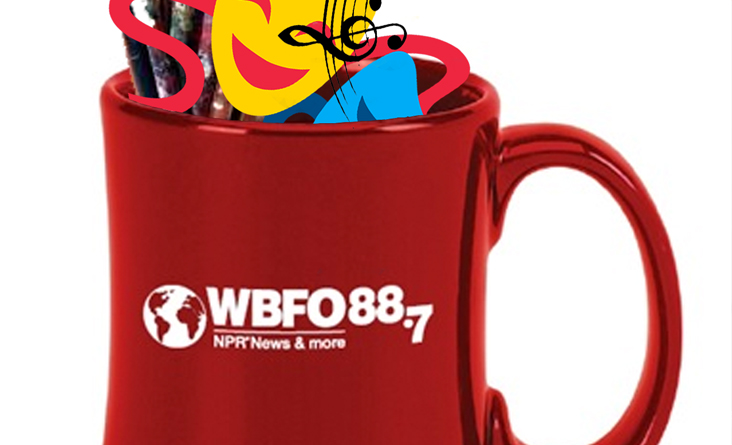 At a time when many news outlets across the nation have reduced arts reporting, WBFO radio is embarking on a bold expansion of its arts coverage with the establishment of an “Arts & Culture News Desk.”  The initiative is co-funded by the Arts Services Initiative of Western New York and the Theodore Roosevelt Inaugural Site. Independent film/radio producer and WNED-FM classical music program host Scott Sackett, will serve as lead reporter.

The newly established desk is charged to produce fifty arts and culture related stories a year, but WBFO Senior News and Public Affairs Director, Brian Meyer, reveals that its scope is likely to be even wider.

“We are committed to fifty in-depth stories,” says Meyer, “but daily stories will be more numerous. Looking around this newsroom, I realized that we have a combined total of 350 years of experience in covering the news from a wide range of perspectives.  As we have begun to establish particular focuses, on education, on business, I strongly felt that focusing our energies on an arts and culture desk is important, and something we needed to do sooner, rather than later. Establishing this desk allows us to expand our capacity to do something we already do well.  We have an established legacy of putting a premium on arts and culture.  This new desk allows us to broaden that legacy in a way that keeps us engaged and keeps us relevant.”

Relevance seems to be a recurring theme in the WBFO announcement.  Meyer reports that the philosophy that drives Scott Sackett is that stories should have relevance beyond Buffalo; provide a personal perspective; and give listeners a reason to be engaged.

Scott Sackett has written and produced arts and cultural programming for PBS, NPR and Public Radio International. He began his career at Newsradio 970, WEBR and also worked at the Associated Press Rome Bureau. On WNED-FM, he serves as classical music program host. For me, the potential to collaborate with him at WBFO is thrilling.

While the WBFO decision to fortify its footprint in arts and culture was informed only by the profile of its culturally inclined listeners and not by national media trends, it is notable that in recent years, many cities have seen reporting on arts and culture diminish and dissipate into a billion blogs and social media posts. Even newspapers known for their arts pages like the New York Times, the Wall Street Journal, The Chicago Tribune, and the Chicago Sun Times have seen arts and culture coverage diminishing in the wake of shrinking advertising for print publications and the explosion of the internet. This can be a particular threat to the smaller, edgier, scrappier, low budget venues, tucked into warehouse or storefront spaces, hidden in basements or abandoned social halls.  These venues depend upon coverage in mainstream media to attract new audiences.

In Buffalo, where small venues have arguably sustained the city through its hard times and fueled its burgeoning renaissance, it is dangerous to neglect or abandon this aspect of a diverse and lively arts scene.

The wider impact of reporting on the arts and culture is not the benefit this coverage provides to any one theatrical production, to any one exhibition, or to the reputation of any one artist.  Over time, excitement for the arts accumulates in a community where people are made aware of the arts.

For me, growing up in a small town outside of New York City, relishing the theater coverage of the New York Times Arts and Leisure section and pouring over the pages of New York magazine played an enormous role in inspiring a lifelong passion for the arts – every feature, every Martha Swope photograph, every review, every Hirschfeld cartoon.  It made no difference that most often I was reading about shows that, in those days, I could never hope to see.

Today, as a program host for the Friday morning Theater Talk program on WBFO, I am delighted by the prospects that fortified arts coverage suggest at the radio station that has been my broadcast home for nearly 25 years. WBFO is committed to a community of listeners who are excited about the arts and culture, and to the benefits that the arts bring to this region.