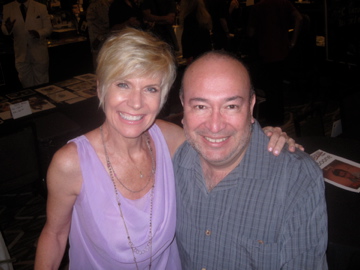 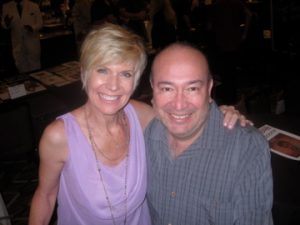 It’s been 40 years since Debby Boone’s (pictured above) recording of You Light Up My Life spent ten weeks at the top of the charts. The ballad from the movie of the same name won an Oscar for Best Original Song for its composer, Joseph Brooks. Boone considered dropping the song from her repertoire back in 2009 when Brooks was arrested on charges of raping eleven women. Still touring in concerts, Boone starred in The Sound of Music back in the ‘90s. A new touring production of the beloved musical will play Shea’s March 28th – April 2nd.

Speaking of Shea’s, long time Marketing and Public Relations Director Lisa Grisanti will be leaving the theater on April 7th in order to start her own marketing, public relations and events-planning business. We wish her the very best! By the way, tickets go on sale this week for Wicked, which will return to Shea’s for the third time May 17th – June 4th.

Playwright Kenneth Lonergan won this year’s Oscar for Best Original Screenplay for the movie Manchester by the Sea, which he also directed. Lonergan’s first theatrical hit was the play This Is Our Youth in 1996, followed by The Waverly Gallery in 1999 (which starred the great Eileen Heckart), and Lobby Hero in 2002, which was produced at the Kavinoky in 2005, starring Michael Karr, Richard Satterwhite, and Drew Kahn. Lonnergan was sitting at the Oscar ceremony next to his wife, New York actress J. Smith-Cameron who starred in his 2009 play The Starry Messenger opposite Matthew Broderick.

Sheila McCarthy will be doing double directorial duty this spring. At the New Phoenix she will be directing the comedy Kalamazoo (May 4th – 27th) starring Betsy Bittar and Marc-Jon Filippone playing two elderly people who meet online and go out on a date.  Prior to that, McCarthy will be directing another comedy for O’Connell & Company. Ivan Menchell’s The Cemetery Club will run April 20th-May 21st, starring Anne Gayley, Sharon Strait, Joy Scime, Rob Schwartz and Deborah A. Krygier. Next season O’Connell & Company will do the musical I Do! I Do!, starring Gregory and Mary Gjurich. And changing its tone from last year’s holiday offering, the New Phoenix will present Cinderella, directed by Kelli Bocock Natale.

Source Says Maziarz Never Had Debit Card; But Staffers Did
Theater on the Boards
Comment