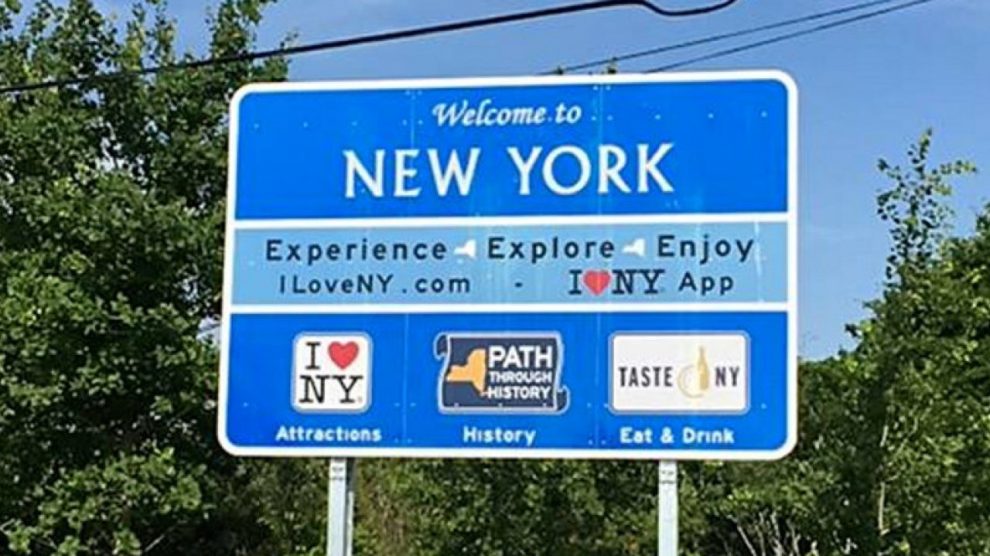 The state installed 514 of the “illegal” billboards although some people who didn’t like them illegally took down seven in Long Island.

Federal officials says the state signs violate US law because they have a complicated message which may cause drivers to crash. The I Love New York billboards direct tourist to download a state phone app which guides people toward state selected attractions and business.

The signs however not only advertise the state’s “I Love N.Y.” phone app.  Some feature logos of various state tourism projects developed by the state, by Empire State Development, the state’s economic development agency which utilizes state taxpayer money to determine which campaign donor of the governor is best qualified to get subsidies to develop or operate projects the governor chooses to develop. Cuomo says the signs are important since they allow drivers in the state who download the app to better understand what the state believes are the best tourist sights available in areas where they are traveling.

The signs are grouped in five and placed in succession along the road’s right-of-way, near select intersections where drivers might otherwise turn away from state sponsored tourist attractions.

More than 1,121 died from motor vehicle crashes since the signs went up in New York State but no one has been able to point to a single accident caused by someone reading the state sponsored billboards which have been in place for several years.

Initially state officials revealed to the public that the 514 signs cost $1.9 million but officials were mistaken by about 400 percent. It was later revealed that the state spent $8.1 million of state taxpayers’ money on the signs which comes to about $15,000 in taxpayer’s money per sign.

The battle between the Federal Highway Administration and the state tourism promotion agency has been going on for years but may soon reach a boiling point.

US Highway Dept. officials said these billboards must be removed or they may withhold federal approval for state projects or seek to withhold some or all of the $1 billion of highway funding annually provided to the state.

The state began installing the state signs in 2014 and expanded last year — despite a 2013 federal order rejecting the state’s request to put them up in the first place. Federal Highway Administrator Greg Nadeau wants the signs to come down or else.

Driscoll said more people are using the state app and the information from the signs to determine where they should go in the state than ever before.

Naduea is certain that some people will peremptorily leave the state and the last earthly thing they will remember is reading a billboard, trying to download an I Love New York phone app to find a state approved tourism location while driving their vehicle off road.

How many of those after reading the billboard have safely downloaded the app while still driving on the highway and successfully found important state sanctioned directions to tourist destinations is not known.  The state phone app is in its infancy right now – being used a paltry 7,000 times a month. But the numbers are up from about 2,000 a month. The illegal state signs have boosted the numbers, state officials say.