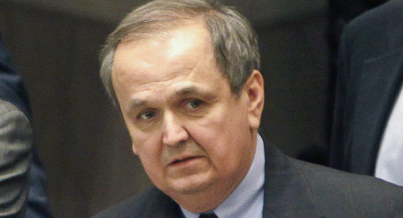 According to our sources, the State Atty. General’s Pubic Integrity Unit is zeroing-in on three main targets:  Maziarz, who ruled his district with an iron fist; Henry Wojtaszek, a North Tonawanda lawyer who worked as Maziarz’s political lieutenant for most of the 19 years Maziarz held his State Senate seat; and State Sen. Robrt Orr, a former mayor of North Tonawanda who won election to Maziarz’s 62nd District seat in 2014 after Maziarz announced he was retiring as reports surfaced originating from the now-defunct Moreland Commission that Maziarz topped the list of un-itemized campaign expense filings totaling more than $140,000 between 2008 and 2013.

Maziarz said in July of 2014 that he would not seek re-election because he had lost the passion and commitment for the job as a state senator, not because of the questions being raised about his campaign expense filings.

“I will be completely exonerated because I have done absolutely nothing wrong,” he said at the time adding that “when people find out what’s really going on here, they’re going to be shocked.”

It now appears people are going to find out shortly what state investigators believe was going on with Maziarz’s campaign spending, his political machine, and the rest of his organization as the grand jury has been hearing from several key Maziarz aides in recent days and according to our sources is set to return indictments as early as next Thursday.

Wojtaszek, who is now the CEO of the  Western Region Off-Track Betting Corp., reportedly was offered a misdemeanor plea deal to an election law violation in the current probe, but source say as of Wednesday, he had not agreed to a plea deal.

Among the key Maziarz associates who have reportedly testified before the grand jury are former County Legislator Glenn Aronow, former Niagara County GOP Chairman Michael Norris, and Meghan Ortt, the wife of State Sen. Ortt.  That is by no means a complete list.

As we have reported for several weeks, at least some of the focus is on whether money was funneled to third-party recipients from the Maziarz campaign fund that at one time topped $1 million.   The transactions allegedly would be designed to protect the identify of the true recipients–and purpose– of the money fom the Maziarz account, or, as one legal observer put it, a false filing.