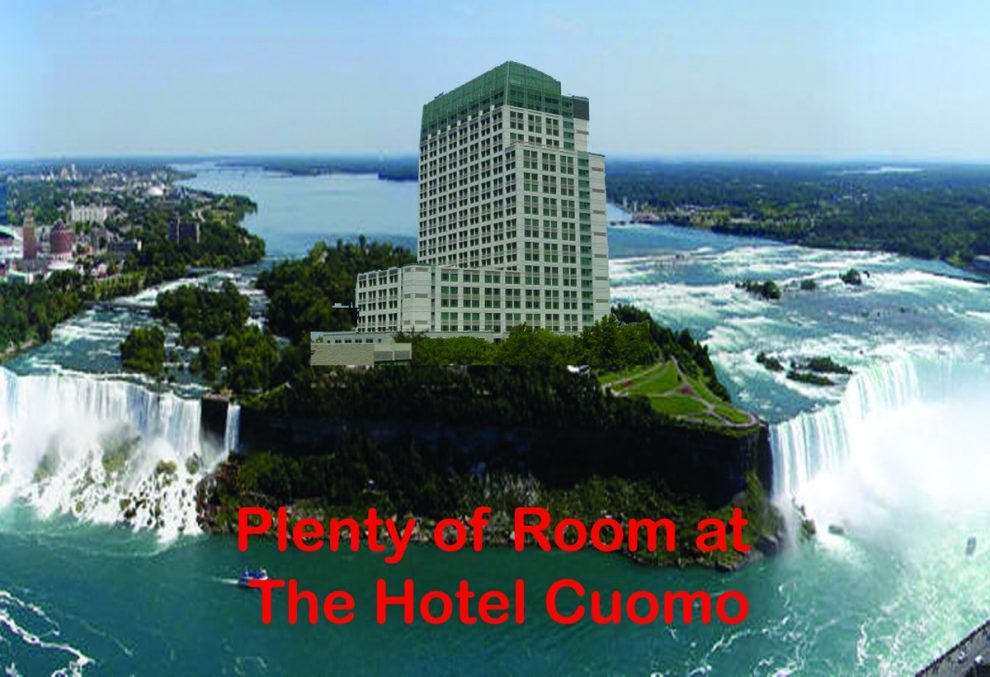 It was only a few weeks ago that the state plan to build a “world-class lodge” on Goat Island State Park was swirling in controversy as the Niagara Falls Council and the Niagara County Legislature voiced strong opposition to the idea of marring the pristine beauty of the park and hurting downtown business interests with a tourist-magnet lodge.

Feeling the pressure, Gov. Andrew Cuomo’s development honchos sought to cool the furor and said other state parks along with Goat Island would be considered for the governor’s lodge and that RFP’s would soon be issued.

According to sources in Albany, an RFP is being developed (secretly, as usual) for a state park lodge, and Goat Island is still the prime parcel being considered despite the talk of other parks.

Now no one is talking on the record, and that’s par for the course for Cuomo’s Empire State Development team, but sources tell us that Delaware North remains front and center for the development bonanza with the giant firm’s strong connections to ESD and the governor.

With the current focus on the state budget negotiations and the Seneca decision to stop making revenue sharing payments to the state, the Goat Island issue has cooled down but, as one source tells us, the RFP is coming and it could be a perfect fit for Delaware North.