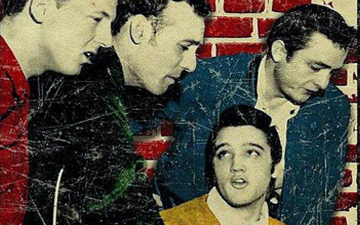 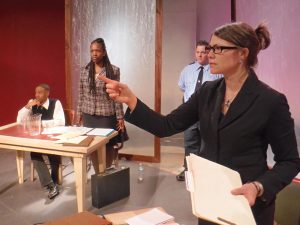 THE TRIAL OF TRAYVON MARTIN

Buffalo playwright Gary Earl Ross is fascinated with that place where American jurisprudence meets race.  In “Matter of Intent,” he created Temple Scott, a Kennedy era African American woman, who is a Perry Mason style attorney, determined to exonerate her client.  In “Mark of Cain,” he used the real 1925 case in which Clarence Darrow defended an African American man who used a gun to defend his home from a hostile mob.

The title of his new play might seem to tell it all: “The Trial of Trayvon Martin.”  But let us recall, it was George Zimmerman who went on trial.  African American Trayvon Martin was shot to death and Caucasian Zimmerman was acquitted by a Florida law that supported his right to “stand hisground.”  In this courtroom drama, Ross challenges us by imagining, “What if it was George Zimmerman who had died on that fateful night in 2012?”  The production, directed by   Kurt Schneiderman, features Shawnell Tillery, Brian Brown, Rick Lattimer, Lawrence Rowswell, Leon Copeland, Jr., Kunji Rey, Brittany Bassett, VerNia Garvin, and Michael Mottern, and begins performances on April 6th. 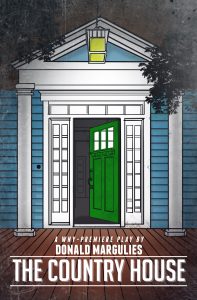 In a theater season that will also feature the Irish Classical Theatre production of Noel Cowards’ “Hay Fever,” about the remarkable and theatrical Bliss family, Road Less Traveled offers us another love letter to theater families, Donald Margulies’s “The Country House.” Set among the famous and aspiring at the Williamstown Theatre Festival, the play chronicles what happens when the easy availability of emotion ignites the jealousies and passions of show folk.  Scott Behrend, who served as assistant director for the Los Angeles production that starred Blythe Danner, takes the helm as director at his own theater.  “The Country House” stars Christian Brandjes, Kristen Tripp-Kelley, Chris Kelly, Peter Palmisano, Barbara Link Larou, and Renee Landrigan. Performances will begin on April 28th. 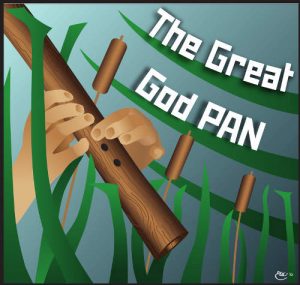 The Jewish Repertory Theatre of WNY continues its season dedicated to the work of Amy Herzog with “The Great God Pan.” Jamie is a man living the American Dream with his perfect Brooklyn family.  That is, until a childhood friends pays a visit.  Has Jamie repressed a horrific childhood experience? Directed by Saul Elkin, the production features Kelly Beuth, Jordan Louis Fischer, Darleen Pickering Hummert, Amelia Scinta, Steve Vaughan, Lisa Vitrano, and Adam Yellen. Performances begin on April 27th at the Maxine and Robert Seller Theatre, at the Jewish Community Center at 2640 North Forest Road in Getzville. 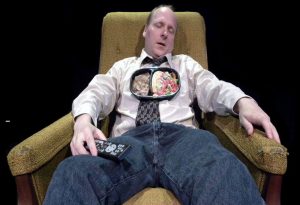 Neal Radice, founder of Alleyway Theatre, has penned prolific output of plays.  His scripts include “Night Work,” a play plumbed from his family history about a World War I era court case involving the rights of women to work without restrictions; “Minimum Habitat,” an evening of vignettes, from birth to death, all set in bed; and his every popular adaptation of Charles Dickens’ “A Christmas Carol.”  His musicals are also numerous, including versions of “Gilgamesh,” “Beowulf,” and “Peer Gynt,” and retellings of the local histories of “The Ghost of Fort Niagara,” and “Over the Falls,” the story of Annie Edson Taylor; the first person to plunge over Niagara Falls and survive.

Now, with “I’m Fine,” Radice turns his attention to “Mike,” a middle-aged man who finds that a sense of humor is necessary as he treads the path of being a widower, from grief, to finances, to dealing with family, regret, his career, cooking, loneliness, the absurdity of online dating, and inevitably, sex.  The cast features Ray Boucher, Emily Yancy, Joyce Stilson, and James Cichocki. The production opens on April 20th. 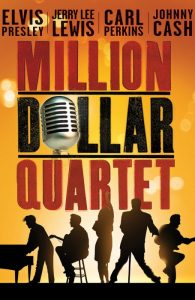 In the 1960s, playwrights like Noel Coward, Somerset Maugham, and Terence Rattigan were considered to be entirely passé.  Their reputations were dead.  Their plays were out of print. It was the age of the Angry Young Men.  Now, oblivion seems to have caught up with the post war generation, and the works of Coward, Maugham, and Rattigan are back in vogue, considered to be classics, and are produced everywhere.  This month, the Irish Classical Theatre Company will present Rattigan’s “The Winslow Boy” a 1946 play that explores the intersection of justice and class privilege.  A young naval cadet is falsely accused of stealing a five-shilling note.  This mark on his reputation threatens to ruin his life and to destroy his entire family.  One of the most prominent barristers of the day agrees to defend the boy.  The real life 1910 incident on which the play is based was famous.  The real life attorney was Sir Edward Carson, the same man who prosecuted Oscar Wilde.  The genius of Rattigan takes real life to fashion compelling drama.  Directed by Brian Cavanagh, the production features Collan Zimmerman, Robert Rutland, Pamela Rose Mangus, Kevin Craig, Kate LoConti, Ben Moran, Todd Benzi, and Matt Witten. Performances begin on April 21st.

THE TRIAL OF TRAYVON MARTIN REVIEW by ANTHONY CHASE
ON THE BOARDS: What’s Playing on Area Stages