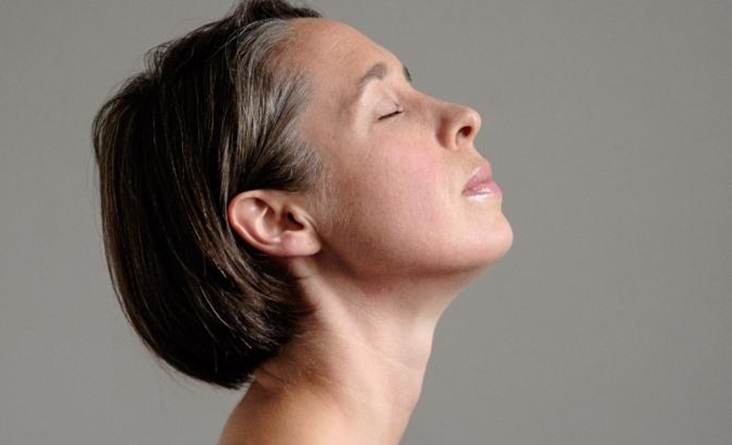 On Thursday May 4 at 7:30pm British soprano Juliet Fraser will offer a solo vocal recital in Slee Hall on the UB Amherst Campus. Presented by The Robert & Carol Morris Center for 21st Century Music, the program will feature one work, American composer Morton Feldman’s late, vocal masterpiece “Three Voices”. The University at Buffalo has had a long identification with the music of Morton Feldman that was solidified by his appointment as the Slee Professor of Music in 1972 and his subsequent role as director of UB’s Center of the Creative and Performing Arts, and Feldman continued to make Buffalo his home until his death in 1987. In more recent decades, the music of Feldman, including some of the very lengthy works, based on minimal material, from the last period of his life, has gained stature, initially perhaps more in Europe, but now increasingly in our country.

Feldman’s 1982 work “Three Voices” uses two very slight fragments of text from the 1957 poem ‘Wind’ written by Frank O’Hara, an art critic by profession and a curator at the Museum of Modern Art. O’Hara had dedicated the poem to his friend Morton Feldman, and in 1962 the composer had written an earlier work, “The O’Hara Songs”, a piece that sets the full text of ‘Wind’ for bass-baritone and chamber group three times, once in each of its movements.

“Three Voices” is a very different kind of work, one that can last from 45 to 90 minutes, depending on the tempo that the singer chooses. The soprano soloist interacts with two pre-recorded synchronized versions of herself for an effect that creates a haunting aura through its three-part textures. The taped versions emanate from two loudspeakers that are placed visibly onstage on either side of the live performer. Most of the text is a form of vocalise consisting of sung open vowels, with no particular vowel specified in the score, and without semantic content, but with incrementally varied repetition. The fragments of the poem do not appear until about twenty minutes into the work, in this roughly 53-minute-long version.

While “Three Voices” is dedicated to the soprano Joan La Barbara, who made the now iconic first recording of the work, Feldman explained the elegiac nature of his piece in the linear notes to that recording. “One of my closest friends, the painter Philip Guston, had just died; Frank O’Hara had died several years before. I saw the piece with Joan in front and these two loudspeakers behind her. There is something kind of tombstoney about the look of loudspeakers. I thought of the piece as an exchange of the live voice with the dead ones–a mixture of the living and the dead”.

After first studying the oboe, soprano Juliet Fraser studied music at Cambridge University where she started singing in the chapel choir of Clare College; subsequently she sang with professional choirs such as Tenebrae, the Monteverdi Choir, The King’s Consort, and The Tallis Scholars. In contemporary music, she has performed with groups such as the London Sinfonietta and the BBC Scottish Symphony Orchestra, and is she is the principal soprano of EXAUDI, the acclaimed contemporary music vocal ensemble, which she founded in 2002 with composer/conductor James Weeks and with whom she makes regular appearances at major European festivals.

Juliet Fraser has recently recorded “Three Voices”, and just last week the classical music critic for The Guardian, England’s leading daily newspaper, reviewed that recording: “Each time they (the fragments of the poem) appear they seem like the last traces of a text that has otherwise eroded away. It’s a haunting effect, which Fraser’s mesmerizing performance, wonderfully controlled and paced, realizes perfectly. Like so many of Feldman’s scores, Three Voices has a unique, lingering beauty”.

Mindful of the work’s interpretive history, Juliet Fraser has this to say about her own performance choices: “I struck out on my own to create a version that exposes the intimacy and physicality I feel to be inherent in the music. In two specific areas have I deviated from precedent: I decided not to worry about singing with ‘almost no vibrato’ since my natural vibrato is hardly unwieldy and it seemed altogether wise to avoid the psychological knotting-up of performing such a demanding work with a clamp on; I have also taken a subtly liberal approach to the vowel, moving between ‘ah’, ‘aw’ and ‘oo’, partly as a nod to the natural vowel modification that takes place in different registers, but more because it felt justifiably Feldman-esque to exploit different timbral shadings, smudging somehow the otherwise sharp division between material sung to text and material sung to a vowel. The challenge of recording this piece is to avoid rendering the delicate tapestry either too cold, too clinical, or too gorgeous; to rest in the ambiguous space between beauty and evil, between the living and the dead. On every level, from the text of O’Hara’s poem to the demands of Feldman’s music, this is a work that is about the very human effort of wondering, reaching, grasping”.

The Fury of Clytemnestra
HIT LIST: Entertainment this week