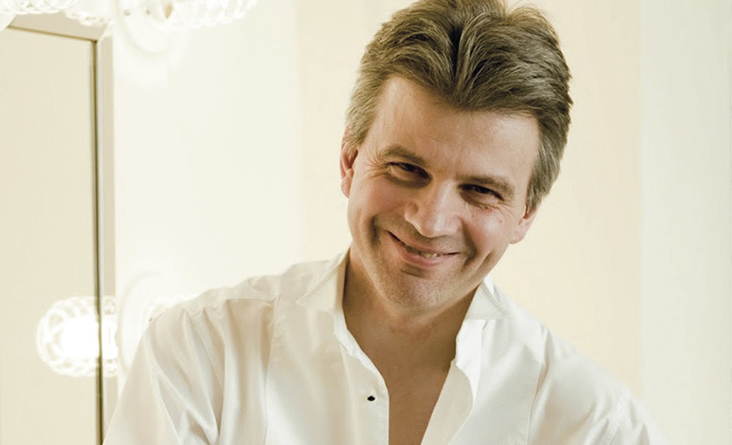 An exciting week is coming up for those classical music lovers who crave the musical experience of hearing a work being performed live, for the first time. The Buffalo Philharmonic Orchestra concerts this weekend will feature British composer John Ireland’s Piano Concerto, composed in 1930, the first time that any of the composer’s works has appeared on a BPO program. And, the Camerata di Sant’Antonio will offer what looks to be the US premiere of Swiss composer Gotthard Odermatt’s Concertino for Oboe d’Amore and Strings.

Guest conductor Christopher Wilkins returns this weekend to lead the BPO for a pair of concerts which include Sibelius’s most popular symphony, the Symphony No. 2 in D major, Op. 43, and which open with the Overture to the opera Der Freischütz by Carl Maria von Weber. Perhaps the most intriguing work on the program though, will be the BPO premiere of John Ireland’s Piano Concerto featuring as soloist the charismatic English pianist Mark Bebbington, who is internationally recognized as an advocate of British music. Bebbington’s multiple CD’s of the complete solo piano music of both John Ireland and Frank Bridge have received the highest accolades from the BBC Music Magazine and Gramophone.

The 10:30am performance on Friday, the last event in this season’s Coffee Concert Series, will be repeated the next day, on Saturday evening at 8pm.

The works of British composer John Ireland (1879-1962), though popular in mid-20th century Britain, never enjoyed the same level of popularity as those of some of his fellow contemporary English composers such as Frederick Delius, Gustav Holst and Ralph Vaughan Williams in this country. Ireland overcame a difficult childhood, studying piano at the Royal College of Music in London, where he eventually joined the faculty. His early works, influenced by those of Debussy and Ravel, have been perhaps inevitably labelled as examples of English Impressionism. His early chamber works won him recognition, and he went on to compose a substantial body of works for solo piano. While he wrote a few orchestral works, he composed neither symphonies nor operas, preferring smaller musical forms, like many other Impressionist composers. The most notable exception was his Piano Concerto, completed in 1930, which immediately gained a reputation as ‘the’ English piano concerto from its debut at a Proms concert in October of that year, and was frequently performed for the next forty years.

Ireland had a complicated personal life, marrying a seventeen-year-old pupil when he forty-seven in 1926, only to have the marriage dissolved nine months later. Two years later he was attracted to another one of his pupils, a brilliant young pianist, the nineteen-year-old Helen Perkin. He composed his piano concerto for her, using his influence to get her the role of soloist at the work’s highly successful premiere at a prestigious Proms concert in Queen’s Hall. While constant companions for a time, Perkin went on to study in Europe and married someone else in 1934, prompting Ireland to eventually withdraw the concerto’s dedication to her. Viewed by some at the time as the British answer to Prokofiev’s third piano concerto, the work combines modern harmonies and 19th century orchestral colors, with a yearning quality in the central ‘lento espressivo’ movement reminiscent of a love song. While the work is not part of the standard repertoire, patrons at these concerts will be able to decide for themselves if it should be.

On Wednesday May 17 at 7pm the Camerata did Sant’Antonio will offer their spring concert in a new location for the group, the Blessed Sacrament Church of Buffalo, 1029 Delaware Avenue. The event is being billed as “Maestro’s Muse”, by Christopher Weber, founder and artistic director of the Camerata.

Oboist Paul Schlossman has long been the Camerata’s go to person, when it comes to either resurrecting interesting repertoire which has for unknown and unknowable reasons somehow fallen through the cracks, or for discovering exciting new works. Schlossman will be the soloist in the lyrical Concerto for Oboe d’Amore and strings, written just a few years ago by the young Swiss composer, and professional oboist, Gotthand Odermatt. The oboe d’amore has a serene and tranquil tone, placing it between the oboe and the English horn, and is ideally suited to the nature of Odermatt’s work which has been described as that of Ravel at his most pastoral.

The gorgeous Adagio for String Trio and String Orchestra by the prolific Belgian composer Guillaume Lekeu, who tragically died all too young at the age of 24 in 1894, was composed as his memorial to his teacher and friend Cesar Franck, who had died accidentally. According to Weber, “The young Lekeu gave voice to his feelings in this highly charged, intensely lyrical composition, which contains some remarkably unconventional writing for strings, and which features a trio of soloists: violinist Antoine Lefebvre, violist Donna Lorenzo and cellist Natasha Farny”. The program also includes Bartok’s irresistibly quirky Romanian Folk Dances, originally composed for piano, but later orchestrated, as well as Mozart’s early Sinfonia (Divertimento) in B Flat K137, a favorite piece for string orchestra, composed when he was fifteen and just back in Salzburg from his second trip to Italy. Metro Chabacano by the contemporary Mexican composer Javier Álvarez began its life under another name, but was reworked, and renamed, when the sculptor Marcos Limenez asked the composer to use this piece for his kinetic installation in Mexico City’s busiest subway station. The brief work uses the rhythms, accents, and melodic fragments that emerge from its ‘moto perpetuo’ background in an intricately playful fashion.

Tickets: $18 at the door. A reception will follow the concert; ample free parking is available in the lot behind the Church.