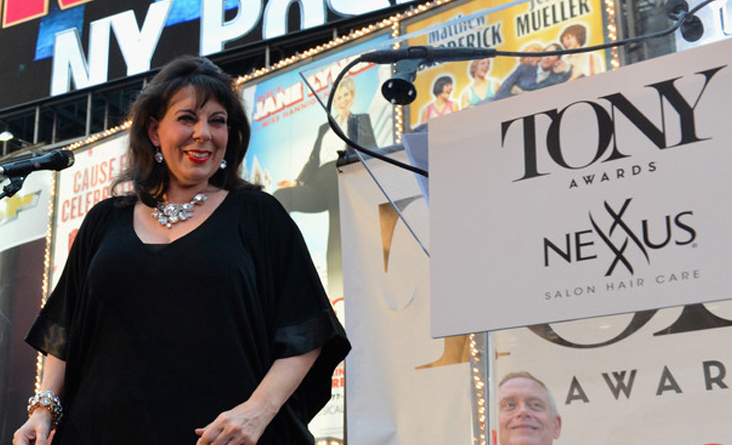 Broadway fans will be delighted to learn that three fabulous stars of Broadway are coming to Buffalo to perform with the Buffalo Philharmonic Orchestra at Kleinhans: Christine Pedi, Jason Graae, and Christiane Noll. The event, called Broadway Comedy Tonight will take place on June 10th at 8 p.m.

Of the three, Pedi and Graae are known for being funny.  Noll is renowned for her pure soprano. Looking at the song list, it is pretty easy to divide the material.  Count on Noll for Leonard Bernstein’s “Glitter and Be Gay,” and Gershwin’s “By Strauss.”  Graae needs to take “You Got Trouble” from The Music Man. .

But then there is the delicious Christine Pedi material.  “Adelaide’s Lament” from Guys and Dolls.  “Ring them Bells” from Liza with a Z. “When You’re Good to Mama” from Chicago..

Fans of the Broadway channel on Sirius XM will be giddy to know that Pedi is coming to town.  In addition to being a highly admired comedic actress and Drama Desk award nominee, Pedi is a renowned impressionist. If you are a Broadway fan and you haven’t seen her videos, this is an emergency.  The video of Pedi impersonating celebrities auditioning for the Broadway revival of Hello Dolly!  — Bernadette Peters, Liza, Angela Lansbury, Patti LuPone — is outrageously funny.  Her famed riff on Liza, “Shit Liza Says,” is pure hilarity. .

Lately, Pedi has been getting bookings all around the country, far from the Great White Way..

“There has been a lot of interest in me lately,” she confirms. “Part of it is certainly Sirius XM, but I’ve got to say, people do watch those videos!”

With her uncanny ability to impersonate celebrity voices and her vast knowledge, Pedi is a one-woman celebration of Broadway..

“People go into acting for a variety of reasons,” says Pedi.  “Someone once said to me, ‘We’re all just self-medicating.  We need to be loved!’  and I said, ‘Excuse me? I am not self-medicating!’ For me the theater is about the need to tell people’s stories. Some people are natural story tellers. I work at capturing the voices of the people in the story, and in the theater, there are so many larger than life characters!”

Every aspect of theater seems to engage Pedi.

“I was not around the theater at all as a child,” she reveals.  “I probably saw two Broadway shows growing up. My real interest began when I was in college. And of course, doing theater is a wonderful job to have. It is so rewarding.  And it is wonderful for the audience too.”

“It was so cool!” she says incredulously.  “We actually went out of the house and into a room with all of these other people, and we experienced something together!  It was amazing!” .

Pedi is known as both a performer and a journalist.  Those who attend theater in New York frequently, can see her out at shows regularly.  I recently saw her at a performance of Charlie and the Chocolate Factory..

“The press agent called me to say that Christian Borle would not be going on, and would I like to reschedule,” recalls Pedi.  “I thought, well, seeing the understudy will be fine.  Then, I thought, I can’t really expect my friend to do that with me, but she called, all excited, and said, ‘Do you know who is going on as Willy Wonka?  Jared Bradshaw!’  Well, Jared is a Forbidden Broadway alum. I didn’t do the show with him, but I had met him at parties, and so I thought, O.K. Let’s go!  We saw the understudy!  That can be exciting.”

In addition to what’s on the song list, can we expect any surprises from the expansive talents of Christine Pedi on June 10th?

“Oh yes,” Pedi promises. “I will do some impersonations!”.