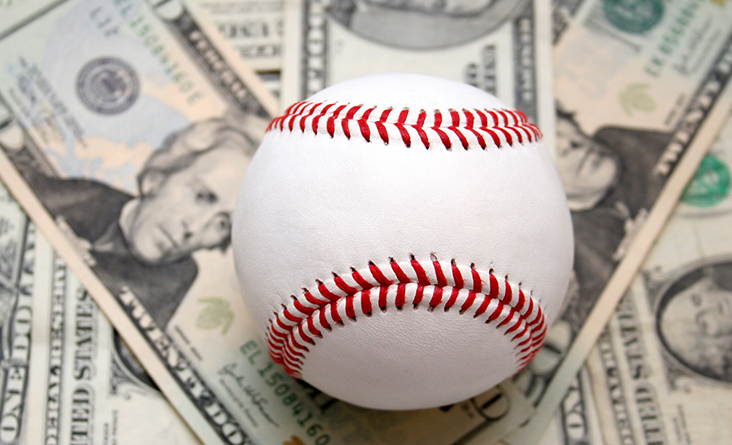 How much does a Buffalo Bison player make?

Not very much, if reports on salaries from peer teams in minor league baseball is any guideline.

Like any team in affiliated minor league baseball, from the low level A and instructional leagues all the way up to AAA, players are in fact employees of the parent major league club. In Buffalo’s case, that would be the Toronto Blue Jays. While the Bisons ownership pays salaries to everyone working for the team, from the peanut vendors to the grounds crew to the team president, all the field staff and players are compensated by the Blue Jays.

And there lies the crux of the matter. For three years, a lawsuit has been languishing in a California court, insisting that minor league players be compensated according to the Fair Labor Standards Act. That law sets minimum wage and overtime rules for any worker across the country.

Major League Baseball, working in conjunction with their minor league affiliates, says “not so”. They classify the players as “interns” and “apprentices” and set compensation accordingly.

What that means is that baseball players who are in the minors and stay there, make an average salary of about $8000 a year. They are not compensated for time spent at spring training. Or instructional leagues. Or during the offseason, where they are expected to remain in top level shape and condition to make that next step up to the majors. $8000, by the way, is about half of the current federal minimum wage.

By comparison, the Major League Baseball league minimum salary is set at $535,000 per season this year, though many make considerably more, with the average player earning roughly $4.4-million this season.

So imagine you’re a Buffalo Bison making ridiculously low wages while praying and hoping for that Major League call up. Then the call comes, even if it’s a temporary stint in Toronto to fill a spot for a short term injured player. Your salary immediately jumps from, say, $8000 a year to $3302.47 per GAME. Even if you don’t see any action, even if you ride the bench for just a few days, you’ve earned a bonanza for the time you’re been called up.

Is it any wonder that players do the happy dance whenever that call comes? Forget the extra meal money, moving from bus to airplane for the road trips, and staying at five star hotels instead of 2 1/2 star interstate roadside hospitality joints. The windfall in salary is massive. And with minor league salaries rising just 76% since 1976 while inflation has run at 400%, and major league salaries have exploded, the gulf is only getting worse.

The very powerful MLB Players Association should be showing at least a modicum of solidarity for their minor league brethren, and demanding equity and fairness for the players, some of whom they’ll be representing in the future. But they are silent on this issue, and on the pending court case, which is contrary to any union’s mission statement, which should be resolute in the right of their members to organize.

Former MLB pitcher Grrett Broshuis, who spent considerable time in the minors and is now an attorney, is leading the charge for the lawsuit he filed in 2014, which was recently granted limited class action status. “If teams would simply bump up the pay of its roughly 250 minor league players on the payroll to minimum wage, $15,000 a year, the cost impact would be roughly $3.75-million per team. That’s less than the cost of the services of one major league player. We are talking about a $10-billion industry here. What’s fair is fair and this is a fight that is not going away.”

In professional hockey, which has a robust minor league system similar to that in baseball, the NHLPA bargains collectively on behalf of the minor league players as well.  That means that the best players playing, say for the Buffalo Sabres’ top affiliate team Rochester Americans, make at least $45,000 a season if they are on a two way contract (call ups get bumped up to the NHL minimum same as in baseball).

While this is not money to retire on, it at least provides a living wage, and some dignity, to career minor leaguers. Additionally, hockey players receive a $72 per day stipend for expenses and meal money on the road.

Ahh, the meal money. A few years back former Buffalo Bison Valentino Pascucci admitted that the stipend in the minor leagues was so low, that players staying at a hotel offering free breakfast would line up promptly at 6AM when the buffet opened, to fuel up with nutritional foods, recognizing that might be the only good meal they get all day. “It is a lousy policy and something needs to change,” fumed Pascucci at the time.

That change may come soon. With the suit now having class action status, several thousand minor league players may at last get their day in court. Major League Baseball is not commenting on the suit. Stay tuned.

Of all the wonderful game night elements staged at last Saturday’s Star Wars Night at the Bisons game at Coca Cola Field, the best had to be a mountainous, full sized replica of character Jabba The Hutt placed out in the concourse for fan photo opportunities. No franchise in all of sports stages the Star wars event as well as the Buffalo Bisons do. It was another grand slam home run for the organization.