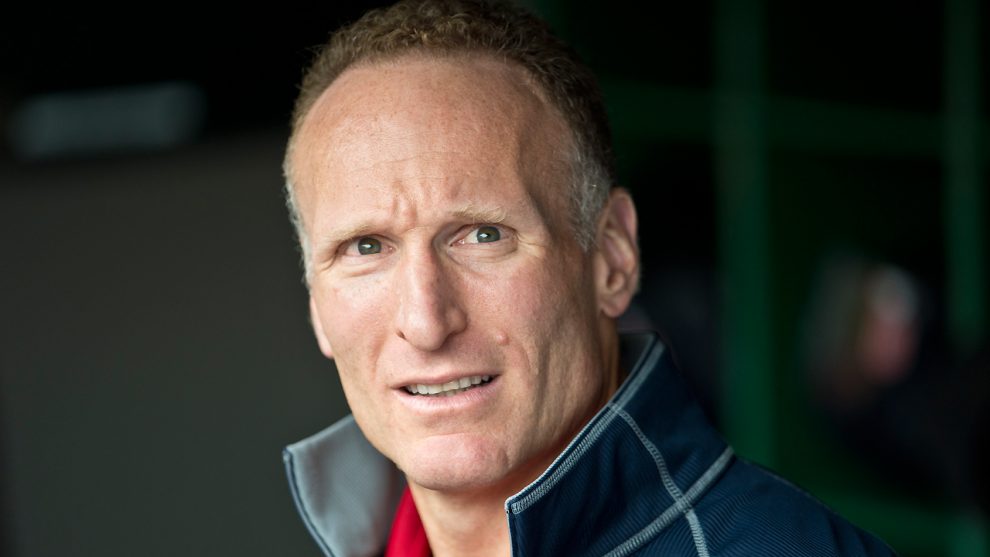 Bisons reeling with worst season in the modern era

It was a feel good moment when the 2016 Bisons season opened, and who walks in the door but newly minted team president for the Blue Jays – Mark Shapiro.

That Mark Shapiro. The man who lorded over the Cleveland Indians rise from the abyss to within one game of winning the World Series. Who along with then minor league coordinator John Farrell built the best farm system in all of the baseball, an organization that brought to Buffalo perennial playoff contenders and three minor league championships.

It was certainly a feel good moment in the executive offices of Coca Cola Field, welcoming an old friend back to Buffalo, and general manager Mike Buczkowski immediately reminding Shapiro that it had been ten years since the Buffalo Bisons had seen playoff action, a record that now spanned three different parent clubs.

Shapiro says he was listening. He got an earful. And along with accepting platitudes a promise that things would be different this time.

Now make it twelve seasons with no playoff baseball. From the highly successful and packed house at Star Wars weekend through early June, where the Bisons spent the weekend dispatching the Charlotte Knights, through this Sunday, the team is 7-33. This from a team that showed such promise and expectations coming out of spring training, which held first place in the supercharged International League North Division for a time, and as recently as one month ago was slotted in for the league’s wild card spot.

The crisis has befallen the Toronto Blue Jays, who began their season with a 1-10 record, and their climb out of the abyss has been an ugly one. After two seasons in the playoffs and realistic hopes of reaching the World Series, the Jays are mired in last place in the American League East.

The dysfunction spreads throughout the entire minor league chain. The 2017 Bisons are perilously close to being tagged as the worst team in the franchise’s modern era. Down in AA, the New Hampshire Fisher Cats are also in last place in the Eastern League, while the high-A Dunedin Blue Jays have fallen on hard times after middling success during their first half of the season.

All this mess falls firmly in the lap of Shapiro, who along with General Manager Ross Atkins has done little to bolster the organization’s sagging fortunes. Fans and media are calling for Shapiro’s head, and lamenting the departure of former team president Alex Anthopoulos, who engineered the Blue Jays’ return to the postseason after a 22-year absence.

So starting from the top, will the team trade “untouchables” such as Josh Donaldson or Kevin Pillar? Will they unload Troy Tulowitzki? Will Aaron Sanchez finally get his payday and his glory even if it comes to trading veterans such as Marco Estrada or J.A. Happ?

These are big decisions that could affect the organization for years to come, and strangely enough, should the team have a fire sale, it could in the short term help out their minor league clubs including the Bisons.

Remember back in 2015 when the Blue Jays traded assets for superstar pitcher David Price? Gone from the Bisons were a number of everyday players, and any chance the team had for the playoffs that season was gone in an instant. Twist the dynamic the other way, and the organization might acquire a good stable of young prospects in exchange for some of the underperforming veterans at the major league level.

Manager Bobby Meacham seems unfazed as he meets with the media following every dreary loss, keeping a smile, a stiff upper lip, and positioning a positive spin on the good things happening with his team.

Two weeks ago, he incredibly stated, “I like the direction we’re going in”, this after the team finished the month of June with an 8-23 record.

If Meacham liked the direction his team was going in back then, he must be ecstatic about the month of July, where the team has posted a 2-11 record (through July 16), while being swept at home by Scranton/Wilkes Barre by a combined score of 18-3.

“It seems like we’re on and off. It seems like we got guys attacking the pitcher at the plate, then a couple they’re not. Maybe we figure it out or we keep going in this direction. We’ve got to figure it out,” said Meacham. “I think what happens, you get down it’s 1-0, it’s 2-0, and we say ‘here we go again’. I guess when you’re having trouble scoring runs, having trouble winning ball games, that’s the trap you run into.”

For fans thinking about yet another affiliation change… don’t bet on it. The Bisons are enjoying good success at the box office, Canadian fans are coming down to Coca Cola Field in droves, the promotional and marketing programs being executed by the front office are paying off big time. Lastly, the organization’s focus has largely turned to Rich’s “Be Our Guest” subsidiary, which is managing entertainment and food service at Canalside and the Outer Harbor.

There are online petitions calling for Shapiro’s ouster as well as a Facebook group page. Have at it, fans, and enjoy the rest of the summer. And just dream happy thoughts that Bills season and Sabres season are almost upon us. Or don’t.

Return of the King
AARON SANCHEZ RETURNS TO BUFFALO