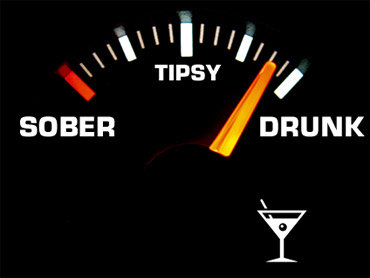 “Because it was him, and because it was me”. French Philosopher Montaigne was casually anecdotal in his Renaissance era essays.

I thought of Montaigne shortly after witnessing a solo car wreck. Let me explain. I was tracking west on Amherst Street in North Buffalo early last week while absorbing Bob Dylan’s Greatest Hits, when I noticed a white Mercedes driving as erratically as a bumblebee in springtime. Having determined the driver had too many shots of Three Chords Bourbon, I dialed 9-1-1.  As the intoxicated driver daringly dueled with light poles and quick thinking drivers on the opposite side of the street, I decided I better follow at a distance knowing that the students of Nichols School were straight in this hurricane’s path. After almost hitting St. George Orthodox Church on the corner of Nottingham and Amherst Street, the driver somehow righted himself enough just in time to hit the Zoo Wall at Parkside and Amherst at approximately  40 m.p.h. I dialed 9-1-1 again, and within 60 seconds North Buffalo lit up with the sounds of first responders and police cruisers. I walked towards the wreckage and noticed the young male driver was indeed drunk and he admitted as much after slurring a few words about the bad day he was having, truer words never slurred. The mangled and smoking car would have been an appropriate advertisement for MADD. Drunk driving is not the area of life to learn through experience, but if the chief concern of education is to learn and not harm those involved, let’s hope the Zoo wall provided a chalkboard to this young man’s intolerable behavior that could have destroyed the future of many innocent bystanders, but against all odds, didn’t.

Anecdotally speaking, I am taking precautions in this bourbon induced market after realizing a few long- term portfolio gains in core holdings. Markets continue to accelerate higher without conscious concern for the curbs and light poles. Robert Shiller, of Yale University, invented the market valuation method known as the Shiller cyclically adjusted PE Ratio (CAPE). The Shiller PE measures  the previous ten years earnings of the S+P 500 on an inflation adjusted basis. Only 2 times in history has the Shiller PE been higher, in the run-up to the 1929 market crash and run-up to the 2001 market crash. At a current reading of thirty-one, the Shiller PE is 82% higher than its historical mean.

We are finding some value in individual stocks and companies that have accelerating earnings and a compelling story, but maybe the best way to avoid the wall is not be in the car until Wall Street has a few less drunk drivers.

The Uncertainty Principle
Contraptions of History