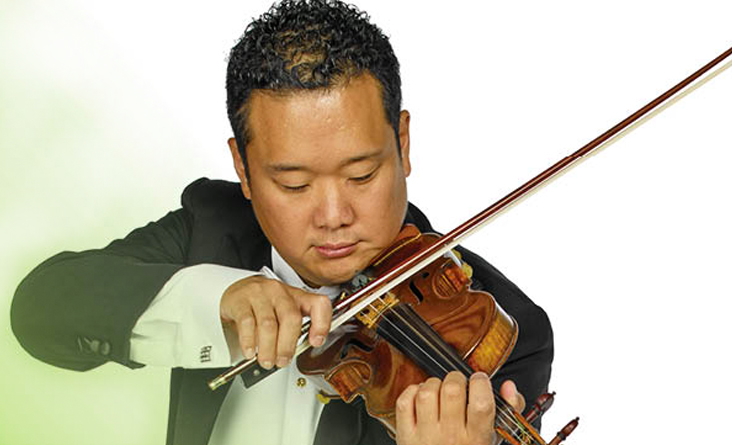 The Buffalo Philharmonic Orchestra will wind up its two-weekend mini-festival of American music in Kleinhans Music Hall with concerts on Saturday at 8pm and Sunday at 2:30pm. The concerts will open with the infectiously catching rhythms of On the Town: Three Dance Episodes by Leonard Bernstein, a work previously last performed by the BPO at its gala opening night concert in 2003. The concerts will close with a performance of the Symphony No.3 of Aaron Copland, which features the theme from Fanfare for the Common Man. In her remarks from the stage last Sunday afternoon, BPO music director JoAnne Falletta, who will again be on the podium for this weekend’s concerts, described Copland’s Symphony No. 3, as “the great American symphony.” The work last performed by the orchestra in 2000.

Perhaps the most intriguing work on the program for many audience members may be the premiere BPO performance of the Violin Concerto No.1 by the contemporary American minimalist composer Philip Glass, featuring BPO concertmaster Dennis Kim as soloist. What is at least somewhat surprising, is that these performances will mark the first time that any work by Glass will appear on a BPO program. It’s not that the BPO has ignored minimalist composers completely; works by John Adams, that other giant of the genre, have been programmed by the orchestra with some frequency, including his Concerto for Violin and Orchestra, which received a mesmerizing performance by Midori back in 2004.

Generally recognized as one of the most prominent figures in late twentieth-century and early twenty-first-century music, Glass had already won widespread acclaim for his operas Einstein on the Beach, Satyagraha and Akhnaten before he composed his violin concerto, his first major orchestral work, when he was fifty years old in 1987. Glass wrote his concerto in close collaboration with his friend, the violinist Paul Zukofsky, who gave the work’s premiere. Glass dedicated his concerto to his father, and he writes “His favorite form was the violin concerto, and so I grew up listening to the Mendelssohn, the Paganini, the Brahms concertos, so when I decided to write a violin concerto, I wanted to write one that my father would have liked.” The Violin Concerto, an intensely dramatic work, with brooding rhythms that some have described as having an almost neurotic feeling at times, has become the composer’s most popular work.

BPO Concertmaster Dennis Kim is no stranger to the concerto, as he explains: “I had the chance to play the Glass concerto in Finland with my orchestra a few years back. The management wanted something American as I was North American, and I agreed to give it a try. Technically the piece is very tricky, as some passages do not fit well on the violin. It was fun to learn and was very effective in performance. I saw audience members crying during the slow movement, and at the end of the concerto, the usually reserved Finnish audience went wild. When Joanne asked me to play it to celebrate Glass’ 80th birthday year, I did not hesitate to give it another try. I think he is an important composer, with a special voice, and think he is a composer that American orchestras should program and support”.

As compared to the vast majority of concertos written for violin soloists, the Glass concerto seems to want the soloist to remain very much a part of the ensemble, as opposed to soaring above it in a typical virtuoso manner. “I agree with that viewpoint,” says Kim, “and I believe that it is fitting for me as I am the concertmaster of the BPO – that is definitely my day job. Even when I play solo or chamber music here and abroad, I always feel inside that I am a concertmaster of a symphony orchestra, and that is what I am most known for. I had a concerto commissioned for me in Finland, and the composer also wrote it as more of a concerto for orchestra. It was a huge work with a dominant violin part, but not like the traditional soloist accompaniment model”.

“When I worked in Finland,” says Kim, “every week there was one piece I had never played and some weeks a piece I never even heard of. Lots of new Finnish music and lots of contemporary music in general. I hope that the Buffalo audiences will take some chances and give contemporary music a try. I will be playing the above-mentioned concerto I commissioned next season, and I promise you it will knock your socks off. It was written by Curtis graduate Sheridan Seyfried, and I will play it in Lebanon in a few months. And, there is talk already about a concerto that the BPO will commission for the 2019-2020 season. I will try to do my part in bringing new music to Buffalo, I just ask that audiences give it chance. Beethoven and Brahms are important and need to be played, but equally important are works by living composers. Just think, if audiences in the 1800’s didn’t support new music, we would all still be listening to Handel and Bach, but not to Beethoven, Mendelssohn, and Brahms, not that there is anything wrong with Handel and Bach, of course”.

“I believe the Glass concerto is easy to listen to, and that it does not give the listener too many obstacles”, says Kim. “There is no need to think too much, just sit back, close your eyes and whatever feelings you have are the right ones. I love playing it, and hopefully the audience will love listening to it”.

When JoAnne Falletta spoke from the stage during intermission at last Sunday’s concert about this upcoming weekend’s program, she mentioned “our superstar concertmaster, Dennis Kim”. Having been lucky enough to enjoy Dennis Kim’s wonderful musicianship for the past two seasons, very few, if any BPO audience members would disagree with her.

Saturday, October 14 – Stockhausen’s Mantra at UB by Jan Jezioro
Oct. 5- The Art of the Oboe, Old and New at Baird Hall UB – by Jan Jezioro