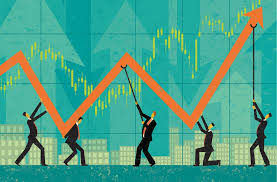 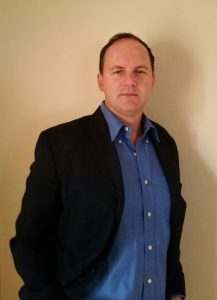 “Be careful you don’t know where you’re going, you might not get there”. Yogi Berra won ten world series with the New York Yankees as a catcher and is known for his famous Yogi Berra isms.

The 1987 stock market crash occurred on Monday October  19, 1987. I was a freshman in college at the time, entering debits and credits on green ledger paper wondering if anyone was ever going to invent a phone so I could check my stock positions while in French II class. The Dow Jones fell 508 points to close Black Monday at 1,739. Market pundits cited many factors for the crash, including high valuations and the fact that Iran was playing bar room darts with missiles in the Persian Gulf.  Thirty years later, the Dow Jones stands at 23,400, valuations have sky-rocketed, the Persian Gulf remains a missile playground for world leaders with inferiority complexes, and my smart phone is more of a nuisance than I could have ever imagined back in the dark ages of 1987. On average, the Dow has increased 722 points a year since 1987. 3,500 points have been tacked on in 2017 alone. Bold investors who bought stocks on October 20, 1987 understood what goes down comes back up over time. Bold investors today understand what goes up must come down.

I don’t want to get a jumpstart on market decay or I will look more foolish than a high priced Hollywood director wearing dark shades and a bucket  hat while sleuthing through Terminal A to board a one way flight out of LAX, but as the panic buying of 2017 continues and markets levitate across the globe, one has to wonder if fear has gone the way of green accounting ledger paper. The October surprise of 2017 has just been tabulated and the Dow Jones was up 3.4% in October, this surely beats a snow storm. Lets reflect on the richest company in the world for a moment and a company everyone recognizes, Amazon. One year ago,  Amazon  forecast  $2 in earnings  per share for quarter 3 of 2017, at start of 2017 Amazon forecast $1.50 in earnings  for Q3 2017, 3 months ago the forecast was shaved to $1 in earnings and 1 month ago Amazon was projecting five cents in earnings. When earnings finally hit the street last week, Amazon reported fifty cents a share and the stock price soared $180 per share. I wonder if Amazon is running their accounting systems on green ledger paper.

While investors continue to beg for higher prices and Amazon bashes price barriers, our Central Bank continues to search for their elusive 2% inflation target. The accommodative members of the Federal Reserve Board of Governors must not shop at Amazon.com.