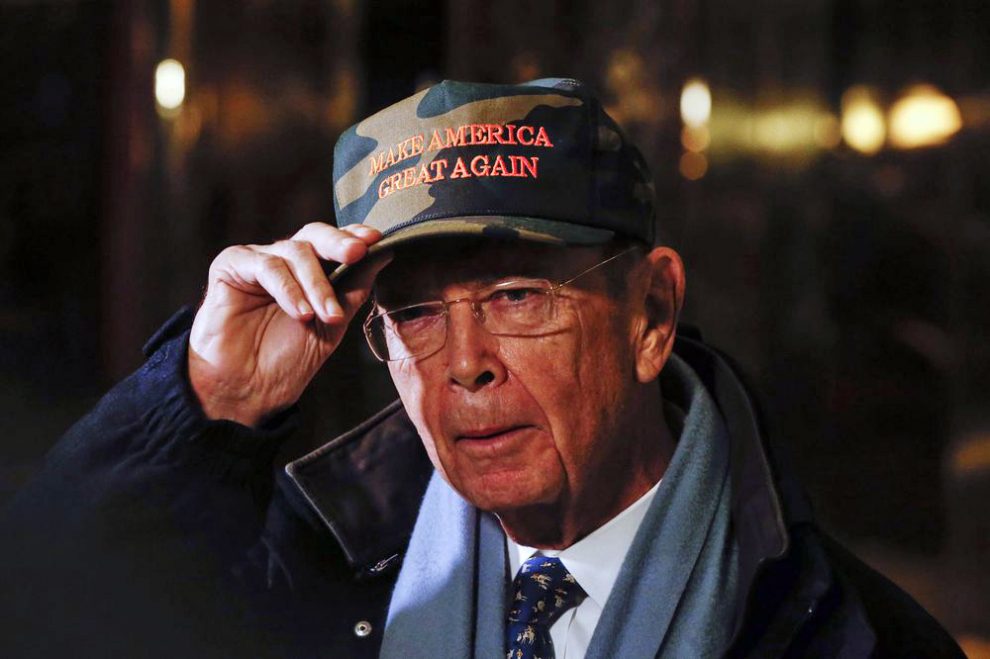 A few days ago, there was the revelation that Trump’s fellow “billionaire” Commerce Secretary Wilbur Ross hid his business involvement with a Russian shipping firm with close ties to Putin. Now after a long and close financial investigation, Forbes magazine has just kicked Ross off their list of billionaires saying he lied to them and grossly exaggerated his wealth by at least $2 billion. Pretty much everybody suspects Trump has also inflated his wealth so Ross is roosting with his own kind. Is it possible there are more liars in the Trump administration than the Nixon administration?

Are We in a “POST-AMERICAN” Era? by Mel Gurtov
KRIS KOBACH: AMERICA’S GREATEST THREAT TO DEMOCRACY by Jamie Moses