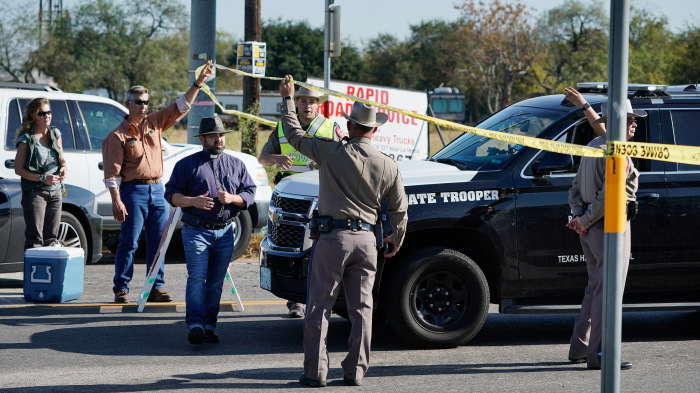 People like Alex Jones of InfoWars.com push conspiracy theories that the elementary school Sandy Hook massacre was staged by the government and all the children were actors, the Oklahoma bombing and 9/11 were CIA plots and most recently that the shooting in Texas was a conspiracy by left-wing Antifa members. According to Alexa.com Inforwars has 7,725,339 unique visitors watching his show. No doubt, just as the radical imams in madrassas of Pakistan turn out brainwashed Islamic radicals, people like Alex Jones turn out brainwashed conspiracy wingnuts who copy him. Jones has absolutely no journalistic credibility and yet tweeter-in-chief Donald Trump has retweeted InfoWars content on multiple occasions and even appeared on the show during the campaign. The followers and copycats of Alex Jones also fill his pockets with millions of dollars buying his survival gear crap and his scam serum product line of items like “Super Male,” a $160 bottle of “DNAForce,” a bone-broth formula called “Caveman,” something called “Living Defense” to “fend off refugees spreading diseases,” and so on. He also has a fake doctor, Dr. Edward Group III, appear frequently on the show to testify to the great value of his products. The “doctor” claims to be an MIT alum but the truth is he never graduated from any college, much less MIT.

How do we stop the flood of fake news and conspiracy theories when the sitting president of the United States endorses them and repeats them? When the president labels real news fake and fake news real. Even 1984 author George Orwell might be surprised at the level of confusion we’re experiencing.

Google shared a trove of conspiracy theory postings and fake news articles that flew across the internet within minutes of the Texas shooter at the First Baptist Church in Sutherland Springs was identified. You can read details here.