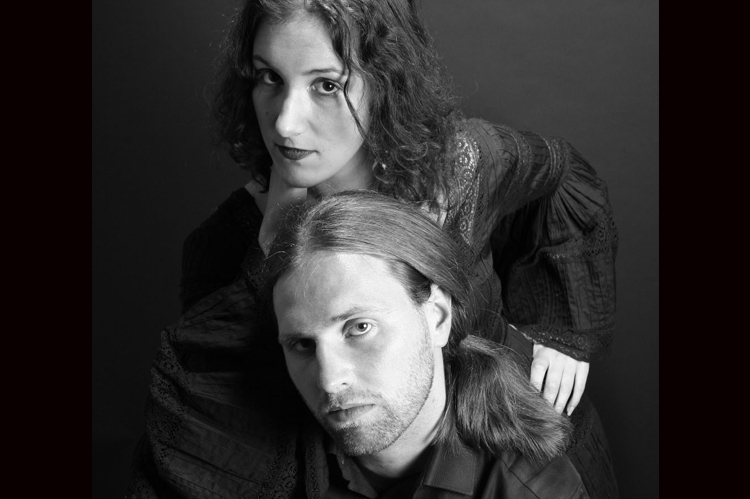 Why worry about the weather when you can enjoy ‘A Musical Feast’?

Friday, February 2 is, of course, Groundhog Day, when the attention of the nation is focused on whether the furry little guy sees his shadow or not, when he emerges from his burrow, so predicting either an early end to winter or six more weeks of it. Classical music lovers would be well advised to ignore the hoopla about the rodent and head on out to the Tower Auditorium of the Burchfield Penny Art Center on the Buffalo State Campus on Friday February 2 at 8pm for the first concert of the year by ‘A Musical Feast’, the premiere independent presenting organization of avant-garde classical music in Western New York.

Back in October, Costa Rican born clarinetist Adrián Sandi of the Ensemble Signal joined up with UB associate professor of piano Eric Huebner for a performance at Slee Hall of UB composer David Felder’s Coleccion Nocturna for clarinet and bass clarinet, piano, and 4-channel tape. In case you missed that exciting performance, you can catch what should be an equally effective one when UB professor of clarinet Jean Kopperud joins pianist Eric Huebner for Coleccion Nocturna. The work, which consists of five variations on a musical subject from Rocket Summers, his earlier work for solo piano, is loosely based on the Pablo Neruda poem of the same name. While the complete, original theme never appears, fragments of it permeate the texture developed in the five contrasting variations of the technically demanding work, with what has been described as “an extraordinary directness”. As a bonus, Paul Todaro, one of Buffalo’s most talented actors will read Neruda’s poem before the performance of Felder’s work.

Percussionist Stephen Solook and oboist Megan Kyle will offer a rare performance of the 1976 work Dmaathen by Greek composer Iannis Xenakis. “Dmaathen is not programmatic”, says Solook”, “but to me it tells a story. Scored for oboe and percussion, this is a combination of instruments that have very different approaches and sound worlds. The story begins by the instruments starting out together on a journey on a similar path, but with some bumps that allude to a larger issue in the future. This can be heard through rhythmic cohesiveness rather than tonality. As the story continues, we have moments where each side tells part of its individual story. The story allows for moments of both serenity and discourse, which sometimes reoccur. Eventually, more and more differences arise, and they end up in conflict, which is heard in the form of an aggressive drum passage and a high harmonic in the oboe. After the war, the two are resolved and the story wraps up quickly in narrator fashion, sounding through the instruments performing similar material. Dmaathen winds down by telling the audience ‘thank you’ for coming but beware of the lessons learned”.

Solook will also be joined by his wife, UB faculty member soprano Tiffany Du Mouchelle for the area premiere performance of The Lilies of the Field, a 2013 work for voice and vibraphone by Stuart Saunders Smith (b. 1948) one of the most provocative and prolific American composers writing for percussion today. The work takes as its theme the biblical story: “The Lilies of the Field, like all things, God is in them, and God cares for them, and they do not worry for their next meal. They have all they need, and no more. This is what they teach.”

Composer György Sándor Ligeti was restricted in his native Hungary, then under Soviet control as to the kinds of music that he could write. After his escape to the West, he became one of the most innovative composers of contemporary classical music. While already well known in academic musical circles in Europe he gained worldwide fame after his music was featured on the soundtrack for Stanley Kubrick’s 1968 groundbreaking hit film 2001: A Space Odyssey. Ligeti’s compositional breakthrough came with orchestral works such as Atmosphères, which is one of several of his works featured in Kubrick’s film, for which he used a technique he later dubbed micropolyphony. Ligeti also worked on a smaller scale, composing two books of piano ètudes which are perhaps the most significant recent additions to the main body of piano repertoire. Composed late in his life, from 1988 to 1994, Book 2 of the Études for Piano show the influence of Balinese Gamelan music, jazz, American minimalism and the player piano studies of a genuine American maverick, the outsider composer Conlon Nancarrow. Eric Huebner, who in addition to being associate professor of piano at UB is also staff pianist of the New York Philharmonic Orchestra, and who played a prominent role in that orchestra’s ‘Live from Lincoln Center’ New Year’s Eve celebration of the music of Leonard Bernstein, will be the soloist for this performance of a work that has become one of his calling cards.